“You have to listen to this podcast… It lays out the most bullish argument for bitcoin I’ve ever heard.”

I said that to our executive editor over lunch on Monday. I was talking about a recent episode of Off the Chain.

Off the Chain is a podcast about the blockchain and cryptocurrencies. Its host, Anthony “Pomp” Pompliano, talks with some of the most respected names in the crypto space to learn how they’re thinking about digital assets.

Every episode is packed with useful insights. But last week’s episode, “The Ultimate Bitcoin Argument,” was by far the most interesting one I’ve heard.

• It featured a conversation between Pomp and Murad Mahmudov…

Mahmudov is a bitcoin enthusiast. He got involved in the space back in late 2013. Today, he works in the crypto space fulltime and is an angel investor.

Mahmudov is extremely bullish on bitcoin. He thinks the digital currency will eventually be worth trillions of dollars… and he makes a good argument for why this could happen.

This is why I strongly encouraged my manager (and many other colleagues around the office) to listen to it. But something strange happened when I tried to send her the episode – it wasn’t there.

• It turns out that Apple had pulled the podcast…

Here’s what Pomp said about the matter:

After getting flooded with emails and messages, Apple eventually put the podcast back up. And you can listen to it here if you’d like.

Still, it’s weird that Apple censored this podcast in the first place… It’s not like Off the Chain is offensive.

So why would Apple do this? Unfortunately, I don’t have the exact answer. But it could be because it doesn’t want the message on bitcoin getting out.

And there’s a reason for this…

Bitcoin is a decentralized currency. There isn’t a government or central bank anywhere in the world that controls it.

That makes it a direct threat to politicians and central bankers. It also makes it a threat to the giant corporations that are in bed with big government.

Now, I realize that might sound like a crazy theory to some people. But longtime readers know that giant corporations often act as the government’s tentacles.

Plus, it’s not like this is the first time that a tech giant has suppressed crypto content. Google and Facebook both banned certain crypto ads earlier this year… in the name of protecting people, of course.

But despite these measures, they can’t stop bitcoin. As I’ve written in the past, bitcoin is here to stay. And it’s creating a massive money-making opportunity.

And I don’t mean just currencies like the Argentine peso or the Turkish lira. Mahmudov believes bitcoin will eventually unseat the U.S. dollar and the euro, too.

That’s a bold call. But you must realize something: About 99% of paper currencies that have existed have failed.

And it’s because governments can’t stop themselves from printing money… which destroys the value of a currency.

• This can’t happen with bitcoin…

Its supply is set to grow at a diminishing rate over time. In other words, it’s designed to accrue value over time.

That’s why Mahmudov says bitcoin “will take more than 95% of the current market cap of fiat currencies.” That alone would make bitcoin worth many times more than it is today.

But Mahmudov doesn’t just consider bitcoin a threat to paper money. He sees it as a threat to financial assets like stocks and bonds.

To understand why, think about why people buy these assets. In most cases, it’s to preserve wealth. In other words, if you don’t invest, the money in your bank account will lose value over time.

Of course, people wouldn’t need to own as many stocks or bonds if their money gained value over time. And that’s exactly why Mahmudov thinks bitcoin will eventually steal market share from financial assets:

…Bitcoin will be a black hole that will absorb a tremendous amount of value. I believe, the total addressable market is somewhere between 100 and 200 trillion. I’d like to say it will be 160 trillion, so if bitcoin, and that is if we go off of the $10 million per bitcoin price, in today’s terms without even counting the inevitable hyperinflation of fiat currencies.

Keep in mind, bitcoin is trading at around $6,500. Mahmudov thinks bitcoin could eventually be worth more than 1,500 times its current price.

• But even if Mahmudov’s thesis is only partially right, you could make an absolute fortune in the coming years…

So consider buying bitcoin if you haven’t already.

Just remember that bitcoin is highly speculative. So only bet money that you can afford to lose. Don’t obsess over day-to-day moves. And perhaps, most importantly, have a long-term time horizon.

Investors who take these measures set themselves up for huge returns, without exposing themselves to catastrophic losses.

P.S. If you are interested in speculating on bitcoin, I suggest you act soon.

To understand why, check out the Chart of the Day below. It comes from master trader Jeff Clark, one of the smartest guys I know. Jeff is an expert at technical analysis and rarely talks about bitcoin in his letter, but even he can’t deny what this chart is saying…

Below, he explains why bitcoin is poised to make a big move soon… and why that move will likely be higher.

Chart of the Day: Is Bitcoin Gearing Up for a Year-End Rally?

The holiday season was spectacular for bitcoin last year.

The oldest and largest cryptocurrency was trading for about $6,000 per coin on Halloween in 2017. By the time we got to Christmas, bitcoin was above $19,000 per coin.

Of course, we all know what happened next.

It’s the same thing that always happens when an asset price goes parabolic to the upside.

Bitcoin crashed. It gave back all of the gains of the parabolic rally phase. And for the past few months, bitcoin has been stuck in a relatively tight trading range between $6,300 and $6,600 per coin.

But it looks to me like bitcoin is gearing up for another year-end rally.

This chart is forming a tight “consolidating triangle” pattern (the blue lines). Bitcoin is rapidly approaching the apex of the triangle. So the price is set to break out of the pattern, one way or the other, within the next week or two.

All of the technical indicators are in neutral territory. They’re not offering any clues on the potential direction of the coming breakout. But to me, this chart looks more bullish than bearish.

A breakout to the upside – above $6,600 per coin – should lead to a rally up to at least the first resistance level around $7,500. A stronger move could target the next resistance level at about $8,100. A move towards either of those targets would be a tremendous short-term gain.

Bitcoin bulls might be a little disappointed in those price targets, though. They might be looking for a move back towards last year’s high of almost $20,000 per coin.

That’s not going to happen – at least, not anytime soon.

Parabolic tops – like the one bitcoin formed last December – tend to mark the top of the price for several years. Think about the parabolic top in silver back in August 2011, when silver traded up to $49 per ounce. That was seven years ago. And while silver has had many decent rallies over the past few years, it has never even come close to getting back to the $49 level.

That would be a very solid gain on this beaten-down asset.

Justin’s note: Jeff has discovered another money-making opportunity today. In fact, he says it’s the biggest one he’s seen in nine years… and it’s barreling our way. But it’ll only stay open for a short period (somewhere between 20 days and five months).

He calls it the “V-Line Breakthrough.” During this period, his method generates 1,093% more money than the norm. You can learn more about it right here…

Today, a reader responds to Monday’s Dispatch on legal cannabis: “Tomorrow’s ‘Green Wave’ Is Your Ticket to Big Profits”…

I trust the newsletters I buy to provide me with the appropriate information relative to stock sectors, trends, and the like. Pot stocks, though controversial, are a part of the trending information flow. “You cannot legislate morality.” If you want to invest in only “green” stocks or “politically correct” stocks you’re probably better off leaving the market. I’m here to make money, the available information relative to that is overwhelming and best not complicated by political or moral viewpoints.

A Revolutionary Way to Make Big Money From Gold

…even if the spot price falls.

Doug Casey says, “This is the one investment you need to hold in addition to physical gold.”

This is mandatory viewing for Casey readers. 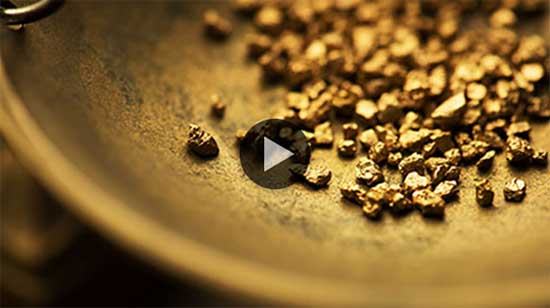