“Oh yeah? You mean for your High Ground Series?”

“No. Something entirely different. This would be a book about how to become a modern Renaissance man.”

Doug Casey told me this yesterday. I was sitting across the table from him in his living room… in Cafayate, Argentina. And I’ll tell you exactly why at the end of this essay.

But let me first tell you why I love Doug’s book idea… and why I can’t wait to get my hands on a copy.

I can’t think of anyone more qualified to write such a book.

He’s also a novelist, a modern-day philosopher, and the most well-traveled person I know. He’s been to 155 countries… and lived in 10 of them.

All this traveling has given Doug a truly unique perspective. It’s shaped him into the free thinker that he is today.

But Doug’s much more than that. He’s also an adventurer.

Take the time he went to Rhodesia (now Zimbabwe) in 1979. Back then, Rhodesia was in the middle of a civil war. It was chaos on the streets. Take it from Doug:

It was like a scene out of the movie Mad Max… soldiers, homemade armored vehicles, danger and confusion everywhere. If you were in a window seat on a night flight, you were told to pull down the shade to reduce the risk of anti-aircraft fire hitting the plane.

Despite the obvious danger, Doug boarded a plane anyway. He risked life and limb to seek out opportunity.

His first business was buying Ferraris in Europe and flipping them for a hefty profit in the United States.

And let’s not forget one of Doug’s newest “hobbies.” I’m talking about the meetings he has with heads of state where he tries to convince them to privatize their government’s assets.

It sounds nuts. But Doug’s made this same pitch to a dozen or so governments over the years, including Haiti and Zimbabwe.

In short, Doug’s the closest living thing to Dos Equis’ Most Interesting Man in the World.

But he hasn’t just done more interesting things than the average person.

For example, he’s said, “Is democracy a good thing? No – it’s nothing but mob rule dressed up in a sports coat.”

He’s also said, “Trump only won because it’s the last hurrah of the white man in America.”

And, “Leftists say they love humanity in general, especially the poor. In fact they hate other people as individuals – including themselves.”

He’s also on record saying, “Everybody is a racist: blacks, whites, Chinese, you name it. We’re all racist. We tend to favor our own kind. Race is just the lowest common denominator.”

I could go on and on. But you get the point.

And if people get offended, that’s tough.

So I’m sure you can imagine the sorts of private conversations that Doug and I have had over the last few days.

I’ve heard him riff on everything from the gender spectrum to the Jussie Smollett case. He even told me about the time he met Dick Cheney and refused to shake his hand. (I’ll tell you more about that tomorrow.)

Of course, I realize that most people will never get the chance to sit across the table from Doug. So I consider myself very lucky.

It doesn’t matter if there’s a camera or tape recorder rolling. He’s going to speak his mind.

And tonight, you can hear him do just that in what will be one of the most important events in Casey Research’s history.

We’re calling this special event Totally Incorrect: LIVE. In it, Doug reveals five controversial predictions for 2019 and beyond. You’ll also get details on five new speculations that could deliver 1,000%-plus returns over the next year.

Now, I must warn you. Doug will say highly controversial things during this event. But that’s what people need to hear these days… not some politically correct BS. In fact, tuning into tonight’s event could make you rich in the coming years.

We’ve never done anything like this in our history. And there’s no telling when (or if) we will do it again.

So be sure to claim your seat right here if you haven’t yet. It all begins tonight at 8 p.m. ET sharp.

Sights From Doug’s Favorite Place in the World

I must have pulled the car over at least five times.

I had to snap some photos. The natural beauty was simply too good to pass up. See for yourself. 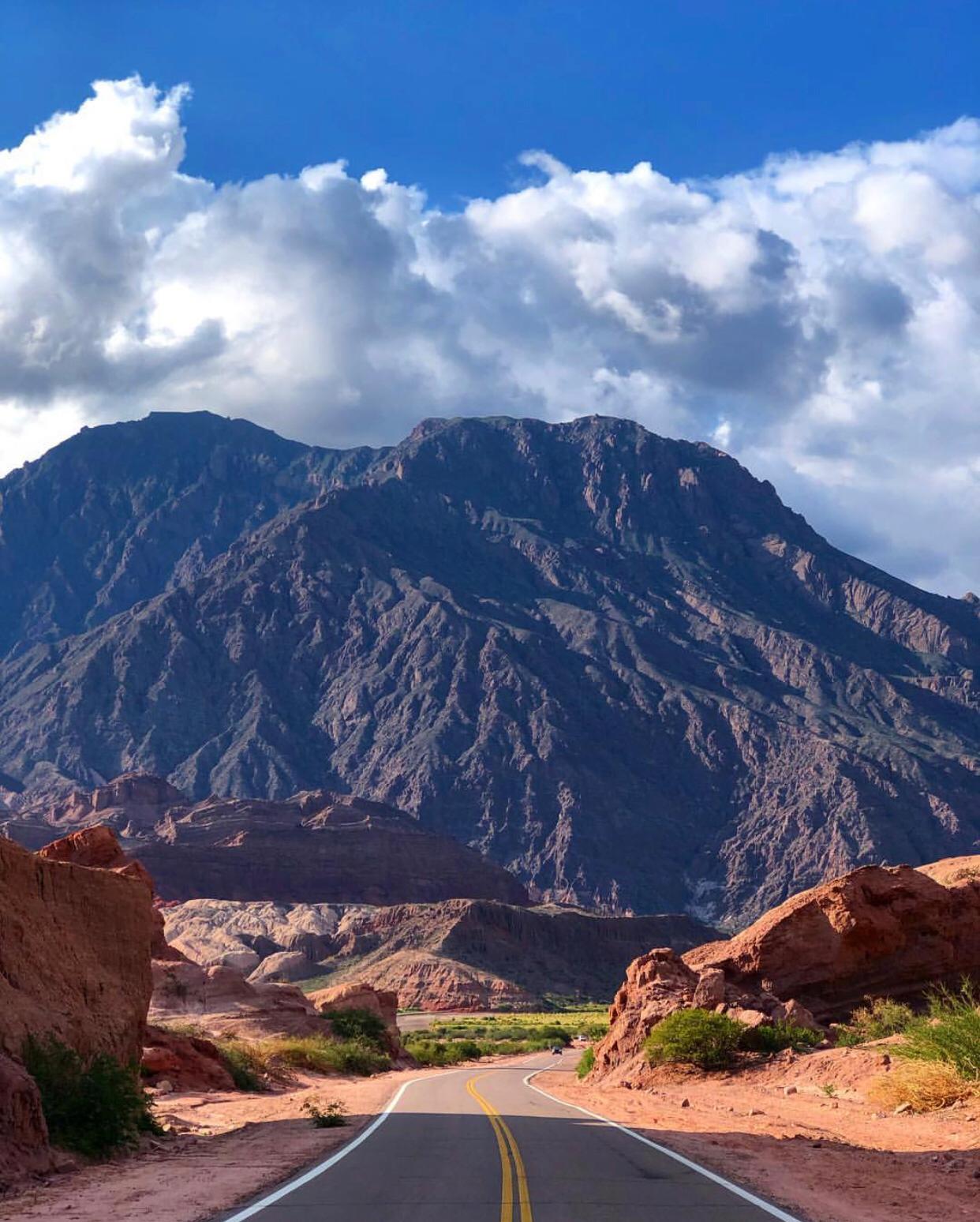 I took this photo on my way to see Doug earlier this week.

Here’s another one that I took when I finally made it to La Estancia de Cafayate, where Doug’s home is. 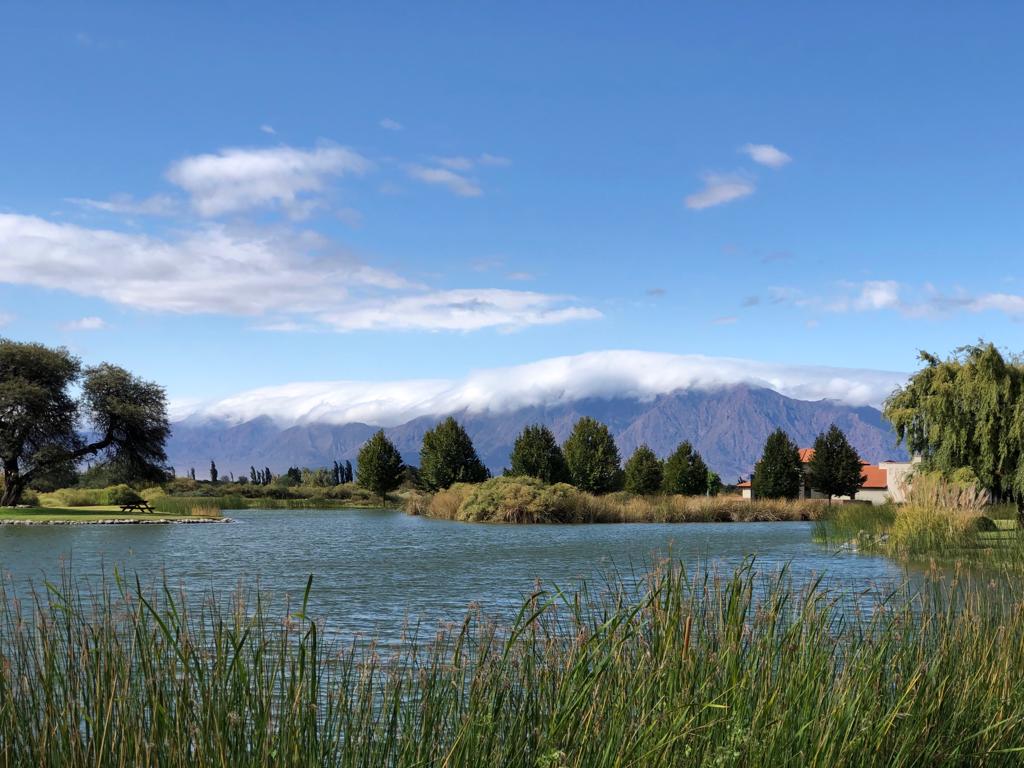 Cafayate is a small town in Argentina. It’s located in the northwestern province of Salta.

It’s absolutely stunning, as you can see. So much so, that Doug’s called it his favorite place in the world. And it’s easy to see why.

Of course, I didn’t come all the way out here just to take in the scenery. No… I came to spend some quality time with Doug… and see what’s on his mind.

You see, I’ve been interviewing Doug on a weekly basis for over two years now. During that span, we’ve discussed everything from climate change to universal basic income to arming teachers.

At this point, you’d think we’d run out of stuff to talk about. But Doug’s got an opinion on just about every subject. And often, he has something controversial to say.

Over the last few days, I got to hear Doug riff on subjects we never touched on before. And I plan to share many of those hot takes with you soon. So, stick around for that.

I also encourage you to check out tonight’s special event: Totally Incorrect: LIVE. Once Again, it begins at 8 p.m. ET sharp. And I urge every Dispatch reader to tune in.

As coauthor of the book Totally Incorrect: Volume 2, I can tell you that these predictions you’ll hear tonight are as controversial as anything Doug and I have discussed over the years.

So be sure to reserve your spot for this landmark event. You can do so – for free – by going here.

One reader is confident about the future of America…

Socialism will never be the law of the land in the foreseeable future! Neither will there be a coup! Everyone knows what the Democrats are trying to do. We are “on” to them and will do whatever it takes to stop their conspiracy.

Thanks for writing in, Barbara. We hope you attend tonight’s event to see what else Doug has to say on this topic.

Be sure to send your thoughts in to the Dispatch at [email protected].