Last week at the Dispatch, we started our annual prediction series.

We got six out of our eight prediction categories right for 2022. That’s way better than most economists.

And so far in our 2023 series, we’ve covered inflation… the U.S. dollar… interest rates… gold, and oil.

Today, we’ll explain where we think the U.S. stock market is headed in 2023.

Last year, we called for the market to head higher. 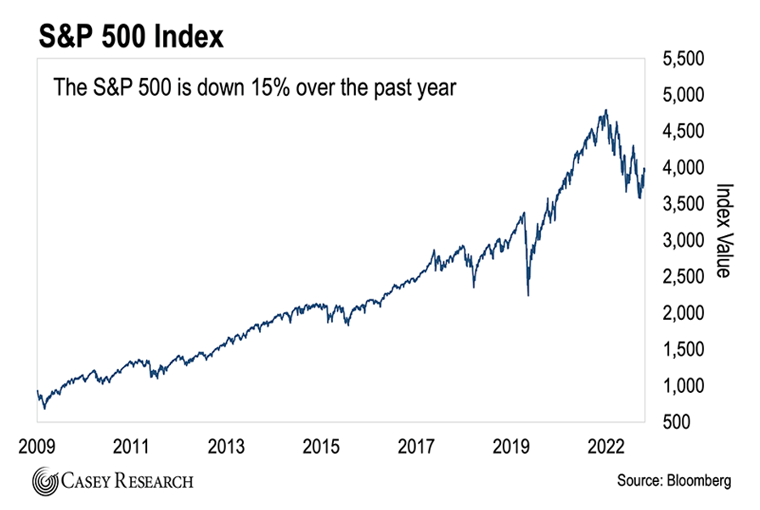 Back in 2021, we said the gravy train of spending was still in full force. Once you go down that path, it’s hard to break the habit.

What we didn’t anticipate was the force with which the Fed would try to blunt inflation. The combination of consistent interest rate hikes and persistent inflation put a damper on risk assets.

And it’s truer for tech stocks than just about anything else.

They’re one of the main reasons why the overall market is down this year.

Yet even with the drawdown in the value of mega-cap tech stocks, they still make up around 18% of the entire S&P 500 Index.

That compares with the entire energy sector at just 5% today, despite a strong rally this year.

And tech stocks are still clearly in a downtrend.

More downside in tech stocks doesn’t automatically mean we think stocks are heading lower next year. In fact, there are various factors to consider.

Take a look at the following chart. It shows a time series of the S&P 500 and inflation as measured by the U.S. Consumer Price Index (CPI) from the 1970s. 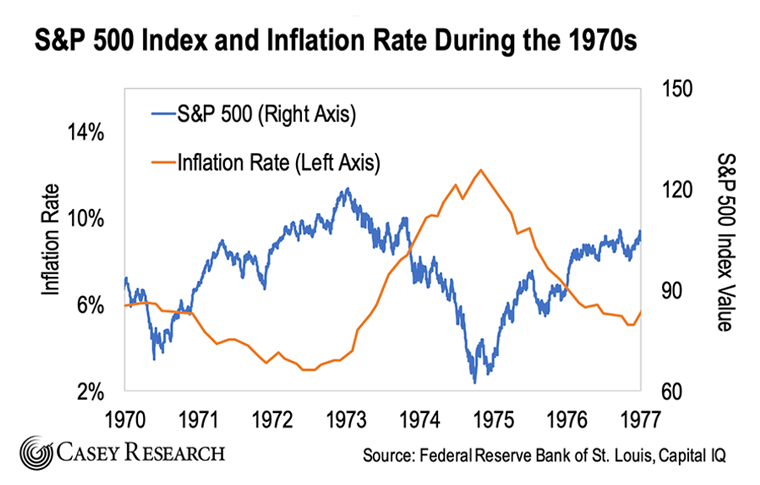 The orange line is inflation. The blue line is stocks.

CPI is a lagging indicator. That means we only know if prices move higher after the fact. When the trend starts, we can make a bet that it continues in that direction. But when the trend reverses, we need to look at that data and use it to our advantage.

The chart above is telling us that after every peak in inflation in the 1970s, stocks went on to bottom. When inflation bottomed, stocks peaked shortly after.

So the expectation of the inflation rate moving higher or lower today is part of what’s driving stock prices. And as we explained in Monday’s issue last week, we expect the rate of inflation to slow down in the year ahead.

History may not repeat. But it does rhyme. So while we think that inflation is here to stay for a while, we think the year ahead is one of those periods where it slows down.

Which means our surprise prediction for the coming year is for stocks to head higher. 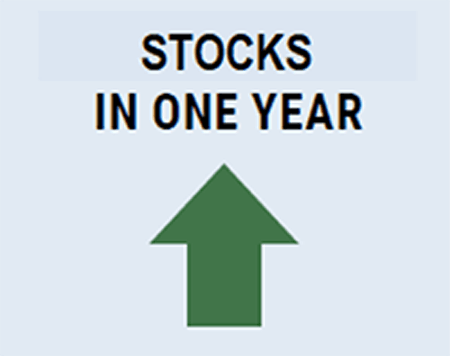 We’re not saying the bear market in stocks is over. What we see may just be a bounce in an otherwise downward-trending market.

That said, we don’t think this stock market is going to be the same as the past decade’s. In fact, we think the coming year is exhibiting similar signs of 2003.

After the internet bubble popped, there was a shift in what investors poured money into. The 2003 rally showed investors started favoring real businesses with profits over hopes and dreams.

They played a game of musical chairs with growth and internet stocks leading into 2001. At first, there were plenty of chairs. Then suddenly, there was nowhere left to sit. So it all crashed to the floor when the music stopped.

When investors plunged back into the market, they waded in the safety of the shallow end of the pool. They didn’t want to risk drowning in the deep end with the tech sector. 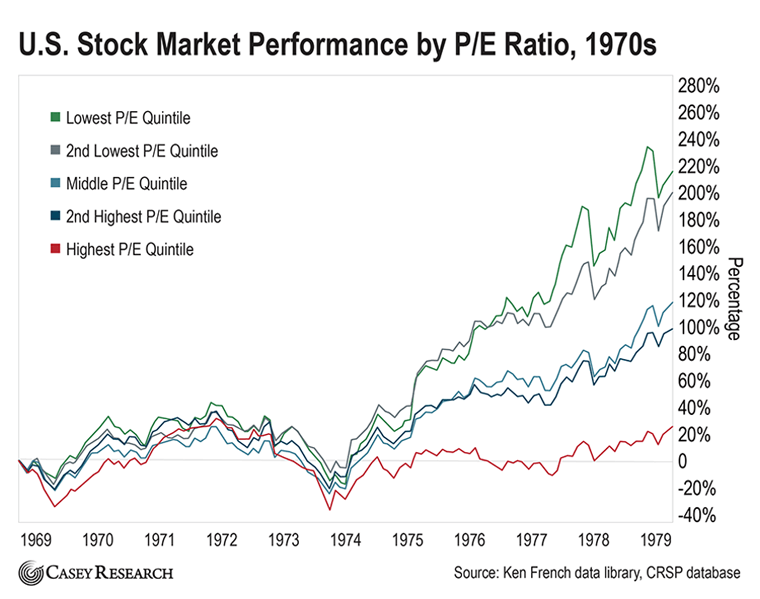 In fact, about a decade ago, energy made up about 16% of the S&P 500. In the 1980s, it was around 30%. Which means there’s a lot more room to run, not just in the energy sector, but in others like industrials, mining, and consumer staples.

The point is, we believe we’re at an overall shift out of growth and into safety and value in the months ahead. It may not be the same as in the 1970s or 2003, but it will probably look similar.

So overall, it won’t be tech stocks that lead the market higher next year.

It will be your old-world industrial and consumer stalwarts that will feel the love from investors.

P.S. Stay tuned for tomorrow’s issue, the last installment of our prediction series. We’ll cover both the housing market and the ever-controversial asset, bitcoin.