Kris’ note: We’ve introduced you to Virgin Galactic, the space company competing with Elon Musk’s SpaceX and Jeff Bezos’ Blue Origin. In July, Virgin Galactic sent its founder – Richard Branson – to the edge of space… in a move that signified the start of space tourism.

But arguably, the company isn’t just about making headlines… It has made serious, profitable returns for early investors. In 2019, Galactic IPO’d via a SPAC. And within just a few months, its shares tripled… and its warrants peaked with a 600% gain. That’s impressive by anyone’s standards.

Now, Virgin Orbit – Branson’s satellite-focused company – is also going public through a SPAC merger. And interestingly, it comes with one of our favorite investing tools – warrants. For investors, it could create a terrific opportunity.

Colleague Andrey Dashkov walks you through the details… and the potential profits this could bring to your portfolio.

Another “space IPO” is going to happen soon…

And it could have a feature that delivered a 616% gain to the shareholders of Virgin Galactic, Branson’s previous space IPO.

We have talked about Virgin Galactic quite a bit in these pages… because its IPO was remarkable. Not only did the company list its shares, but it also made its warrants available to the public.

And the results were staggering…

Before we dig into the details of what Virgin Orbit could do to your portfolio… a quick reminder.

Virgin Galactic had an epic IPO. It listed shares and warrants. And as the shares performed quite well after trading began… the warrants’ prices exploded.

Let me quickly remind you how warrants work… take it from our in-house expert warrants analyst, John Pangere (emphasis mine):

A stock warrant is a security that gives the holder the right (but not the obligation) to buy a share of stock at a fixed price.

The advantage to speculating with warrants is the leverage you get to a rising stock price. If a company’s stock is up 100%, it’s likely the warrants could be up 200% or more over the same period.

That’s one reason I love speculating with warrants.

The other is, warrants are not long-term. But… you can speculate on a warrant and let it run. You can almost forget about it. In a couple of years, or even a few months … and you’ve vastly increased your wealth.

At their peak, Virgin Galactic’s warrants delivered a 616% return.

But then something happened. Virgin Galactic redeemed them. It basically means that it bought them back. (There’s sometimes a provision attached to warrants in which the company can redeem them once they’ve traded above a certain price level for a specific number of days.)

They are no longer available, and those early gains went to the investors who were watching the Virgin Galactic IPO closely.

Virgin Orbit is likely to go public by the end of this year through a SPAC merger.

And the SPAC has publicly traded warrants. About 13 million of them.

So when the SPAC becomes Virgin Orbit and lists on the Nasdaq, its warrants could also be available to the public. (This is how most of the warrants at our Strategic Trader publication hit the markets.)

This is why I wanted to bring it to your attention.

The company itself looks quite promising. It is focused on launching lightweight satellites using an air-launching method. It basically fires a launcher rocket from a Boeing 747 in flight. 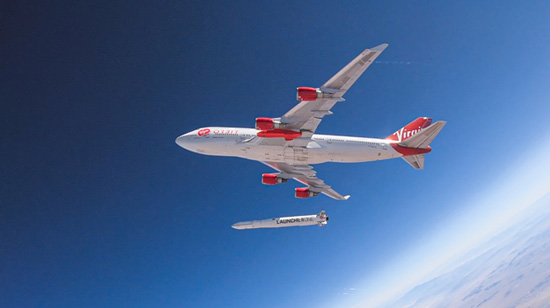 Branson is optimistic about this market, and he says that Virgin Orbit could provide unique launching services to some of its clients. At Casey Research, we’re big lovers of bleeding-edge technology like this.

It has already launched satellites to orbit. It is working with the UK, Brazil, Japan, and other countries.

The company is valued at about $3 billion. And it expects to be cash-flow positive in 2024.

Now, this is not a recommendation to buy shares of Virgin Orbit when it goes public…

I wanted to bring your attention to a “hidden” feature of this IPO. The SPAC that will take Virgin Orbit public has publicly traded warrants, so this is an opportunity worth watching.

In the meantime, I suggest that you take a look at Dave Forest’s warrant portfolio. (Paid-up subscribers can catch up here.) I think it deserves your attention… Check out this track record that Dave and his team built:

One warrant I recommended to readers of my Strategic Trader advisory – using the strategy I’m talking about – returned 4,942%.

Here’s the critical point: with that 4,942% return, if you’d invested just $850, you would have walked away with over $42,000. That’s enough to pay most of the yearly living expenses for an average retiree.

As I write, Dave has 24 open positions using his proprietary warrants strategy in his Strategic Trader portfolio. Three of them are up triple digits. And one of his plays is currently up as high as 1,475%.

He’s also got four open warrants positions in his Strategic Investor portfolio. One of which is up over 200%.

And I think they’ll go even higher. You can learn more about Dave’s incredible (and easy) strategy right here.

I will keep an eye on Virgin Orbit and let you know the best way to profit from its IPO.