Investors thought this deal could save the global oil market…

As a reminder, the war in Ukraine is causing a massive oil supply shock. After Russia’s invasion, the U.S. banned Russian oil outright. Similarly, the European Union plans to stop purchasing Russian crude by the end of this year.

As a result, the price of oil has been soaring. It’s causing decades-high inflation and risks plunging the economy into a recession.

And just this week, we came across a new factor that could drive oil’s price even higher.

It doesn’t get too much coverage in the mainstream media… but it can have a huge impact on oil’s Super Spike.

When the price of oil gets out of hand, the world turns to OPEC for a solution.

OPEC stands for the Organization of the Petroleum Exporting Countries. It includes 13 countries responsible for 44% of global oil production and 81.5% of global oil reserves. Some of its most influential members are Saudi Arabia, the United Arab Emirates, Qatar, and others.

Think of it as the “Fed” of the oil market. When market conditions are tight, it can increase the liquidity in the oil market by cranking up output. That, in turn, lowers prices.

That was the idea behind OPEC’s decision to increase production on June 2.

It did, but the amount is so small it won’t make any difference.

Rapidan Energy Group, a consultancy, estimates that only 355,000 barrels per day (or bpd) will reach the global market over the next couple of months.

Compare that to the supply lost from Russia, which is eight times higher at 3 million bpd.

So even if Saudi Arabia uses 100% of its spare capacity (which is highly unlikely), it will only add 2 million bpd to the global supply.

All in all, the global oil market will likely remain in a state of deficit. JPMorgan estimates it may last until the end of the decade.

The good news is, this means the “Super Spike” window for oil is still open. As a reminder, Super Spikes are periods in history when hard asset prices surge violently. They make investors who position themselves early rich.

[S]uper Spike Windows had something in common. They came at the end of spectacular bull markets in mainstream stocks.

When the wider stock market blew off, a reliable pattern emerged.

Commodities spiked… investors rotated en masse out of blue-chip stocks… and got into hard assets.

This is what we are seeing right now. The price of oil is increasing, and there’s little even the most powerful global organizations can do about it.

But there’s something else going on… and it could push the price of oil even higher.

The Next X-Factor for Oil’s Super Spike

One of the conditions needed for a Super Spike is an “X-factor,” an unanticipated “black swan” event.

The Russian invasion of Ukraine is a classic example.

The war in Ukraine has been a massive disruptor of the oil market. But I see another one coming.

See, the Russian oil supply wasn’t “lost.” It was rerouted away from the U.S. and EU.

Russia is still selling some of its oil, just to a different group of customers – mostly based in Asia.

And to avoid the sanctions imposed on the Russian economy, the country is doing something very dangerous. It’s transferring its oil through a “ship-to-ship” method. This is approximately how it looks. 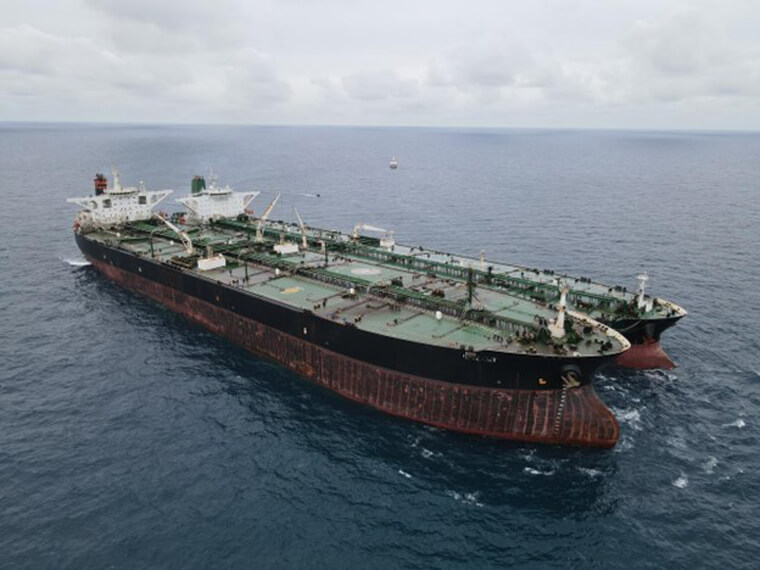 Since ships with Russian flags can’t enter the main ports, Russia’s been transferring about 400,000 barrels per day this way.

And it’s doing this in the Mediterranean Sea.

It would also create another “X-factor” event. As Dave Forest suggests, these tend to set up the right conditions for commodity Super Spikes with massive profit potential.

How to Play It

During Super Spike windows, it’s not just one commodity that spikes. Several hard assets surge higher. In fact, we get a “rolling boil” when one hard asset spikes, then another.

So you can jump into one asset, book big profits on a Super Spike, then jump into the next one primed for takeoff.

During the broadcast, Dave explained his research on what Super Spikes are, why they happen, and how they’ve made investors rich in the past.

He also went over why the current Super Spike could be up to three times larger than anything we’ve seen before… and how you can make massive gains from commodities picks like oil.

If you missed the live recording, don’t worry. You can catch the replay here.

Meanwhile, I’ll keep you updated on oil’s price action – and if anything changes in the Mediterranean…