This time, he made nearly $1 billion shorting (betting against) the U.S. housing market.

If you read Friday’s Dispatch, you know I’m talking about Dr. Michael Burry.

Burry is a Wall Street legend. He made a name for himself by betting on situations other investors couldn’t see.

But make no mistake. Burry’s not a gambler.

He only makes trades that have a near certainty of paying off. In other words, he likes to “bet” on sure things.

I’m telling you this because Burry made another “all or nothing” trade recently.

• He’s betting on the world’s most important commodity…

You might find this strange. After all, most people don’t see water as a commodity. They see it as a basic human right.

Because of this, most people take clean drinking water for granted. They assume it will always be there when they need it. But that’s a dangerous assumption.

As I’ll show you today, we’re on the verge of a global water crisis. This crisis will hit every major country on the planet. It will impact billions of people, and not in a good way.

The good news is that it’s not too late to act.

But let’s start by looking at why Burry has set his sights on water.

• The world is running out of water…

Again, you might find this hard to believe. After all, water covers about 70% of the world’s surface.

But 97.5% of that water is in the ocean. It’s not drinkable without using costly processes.

The world’s population has already used about 30% of the accessible renewable water supply. By 2025, that figure could hit 70%.

In other words, more than 5 billion people will struggle to access clean water less than a decade from now.

But water isn’t your typical commodity.

It doesn’t trade on financial markets like oil or gold. There’s no global price for it.

This makes it hard to profit from rising water demand. It’s not like you can buy a water futures contract.

Now, you can buy water rights. But that’s not the best option, either.

The market for water rights is small and illiquid.

Plus, owning water rights is highly contentious. The government could take them from you just because water’s a “vital” resource.

So, Burry found an even better way to profit from the big water shortage.

• He bought a bunch of farmland…

What became clear to me is that food is the way to invest in water. That is, grow food in water-rich areas and transport it for sale in water-poor areas.

This is the method for redistributing water that is least contentious, and ultimately it can be profitable, which will ensure that this redistribution is sustainable.

In other words, Burry bought farmland because water is expensive, impractical, and inefficient to transport. It’s much easier to ship almonds or strawberries across the country than water.

Plus, there’s less chance the government will steal your farmland than your water rights.

• Burry isn’t the only investor with deep pockets buying up water-rich farmland, either…

TIAA, one of the world’s largest asset managers, owns 37,000 acres of farmland in California. That makes it the fifth-largest almond grower in the state.

Even entire countries are getting in on this land grab.

The Saudis did this for a simple reason.

• Water is scarce in Saudi Arabia…

The country doesn’t want to deplete its water reserves.

So, it’s growing alfalfa in the U.S. instead of in its own backyard. It then sends that crop back to Saudi Arabia to feed its dairy cows.

In other words, it’s using alfalfa to “export water” from the United States back to Saudi Arabia.

This is a huge deal. And it’s only just begun.

• As the water crisis heats up, more big money will flow into water-rich farmland…

You’ll obviously want to own farmland before that happens.

You can do this by buying farmland real estate investment trusts (REITs). These companies own and operate farmland. They collect rent from farmers.

They’re one of the most convenient ways to profit from the coming water crisis. Here are two farmland REITs to consider today.

If you buy either REIT, plan to hold it for the long haul. Treat it like a core holding. And don’t worry about day-to-day price swings.

Once the worldwide water crisis comes to a head, these REITs could explode in value.

Today, another reader writes in about the massive opportunity shaping up in the marijuana industry.

My understanding is that Colorado exceeded their estimates for pot taxation. With a broken federal government, this is the kind of thing that could return some serious power to the states. As a therapist, I can tell you that it’s only a matter of time before this fact breaks down the DEA’s sham argument that pot is a Schedule I drug, which—along with their persecution of doctors who supposedly write too many opiate scripts—only exists to justify their continued existence. I will gladly invest in this industry.

The company he named that day, chipmaker Nvidia, went on to become the best-performing stock of 2016. It climbed over 330% in one year.

Now, Jeff is making another bold prediction that he believes will be even more profitable. See it for yourself right here. 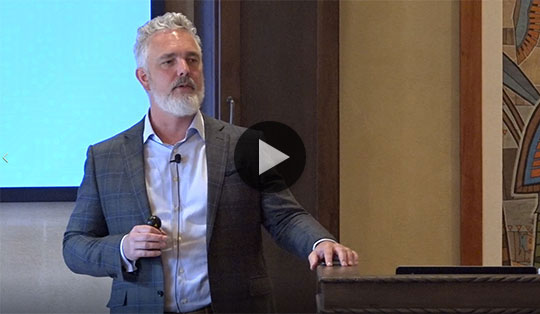