Justin’s note: Today, we hand the reins to Strategic Investor editor E.B. Tucker for the latest on one of today’s biggest opportunities: the legal sports betting market.

E.B. has been following this trend since May 2018, when the Supreme Court opened up the floodgates to this new multibillion-dollar industry.

In the essay below, E.B. shares how big this opportunity really is…and gives a special invitation to Dispatch subscribers…

He stared down his opponents, with his eyes barely visible under the broad brim of a Stetson cowboy hat.

He had a rattlesnake with its jaw open and fangs exposed glued to the front of it. With a Texas drawl, he’d tell the other players how he had killed it himself.

At 6’4’’ and 170 pounds, Amarillo Slim was the greatest gambler to ever live. He made his first million in 1947 when he was only 19. His unforgettable look helped make poker a mainstream game around 20 years ago.

Slim was so good at poker, he said he was one of only four men who deserved to call themselves players. He won millions of dollars back when a million was considered serious money. He took pots from presidents Lyndon Johnson and Richard Nixon, Hustler magazine founder Larry Flint, and even drug lord Pablo Escobar.

The most interesting fact about the man who popularized mainstream competitive poker was that it wasn’t his first love. Before he played professional cards, Amarillo Slim was a bookie. If the federal government hadn’t banned the transfer of sports information across state lines in 1961, we might remember him for bringing sports betting mainstream.

That’s right. Before Slim became a poker legend… he was a successful sports bookie.

To him, taking sports bets was a more sophisticated way of putting his odds-making ability to work. If he set the lines properly, his profit was almost guaranteed.

Slim realized that sports gamblers make a lot of mistakes. For example, they always bet on the home team, regardless of the odds. They rarely bet on the underdog. Traits like this made bookmaking easy, in his eyes.

In 1961, the U.S. government stepped in, making the bookmaking business too difficult for Slim. As is the case with most government laws, sports betting legislation protected some licensed bookies in places like Las Vegas. But it made transmitting sports information across state lines illegal. Slim didn’t want to tangle with the government. So he traded bookmaking for poker hustling.

In today’s essay, I’ll show why the ban on sports was unconstitutional… what the Supreme Court’s new ruling means going forward… and why this trend needs to be on every investor’s radar today…

The Federal Ban on Sports Betting Was Unconstitutional

The feds stepped up their attack with the Professional and Amateur Sports Protection Act of 1992 (PASPA). The justification was keeping integrity in sports.

I always say if you want to know the true effect of a law, just look at the opposite of its name. The Food Safety Act makes the small farmer a criminal and Agribusiness a hero. The Patriot Act made the average American prove he’s not a terrorist if he wants to open a checking account.

And of course, PASPA did nothing to safeguard sports. It did, however, make thuggish bookies across America rich.

In May of last year, the U.S. Supreme Court finally heard a case challenging this preposterous law. The suit spent years winding its way through New Jersey courts before making it to Washington.

The argument against the law rested on the Tenth Amendment to the U.S. Constitution. That amendment says that any power not delegated to the federal government by the Constitution, or outlawed specifically by it, belongs to the states.

There’s no mention of gambling in the Constitution. That’s why states can license casinos and lotteries. The Supreme Court said federal laws limiting a state’s right to license, regulate, control, and tax betting within its borders violate the Tenth Amendment.

About a dozen other states are currently working to pass new laws.

As regular readers know, this is a massive trend my team and I are covering closely. (Make sure to read my previous essays on the subject here, here, and here.)

We think it will be one of the best money-making opportunities in the years ahead. Here’s why…

It’s impossible to know how much revenue legal sports betting will bring in. Most people who bet illegally don’t want to talk about it much.

All we have are estimates to work from. We pored over studies like the one Ernst & Young carried out that says $107 billion in sports wagers changes hands illegally every year in the U.S. And research from the University of Nevada, Las Vegas that suggests the illegal sports betting industry is turning over $150 billion a year. That’s more than the GDP of Nebraska.

My own research shows that the market should turn out to be even larger than that. Markets the government has outlawed always get bigger when they become legal again.

Based on all the available data, we think up to $400 billion in wagers could flow through licensed channels when sports betting is fully legal.

Both of those vices are legal, licensed, and heavily taxed. Betting, on the other hand, while still illegal, brought in an estimated $4.76 billion in bets on the Super Bowl alone in 2017. The American Gaming Association (AGA) figured 97% of those bets happened underground.

The AGA estimated that bets on the NCAA men’s basketball tournament totaled $10 billion in 2017. Most importantly, people either had to fly to Nevada or break the law to make a bet.

Our estimate of up to $400 billion in sports wagers starts to look reasonable as we consider the first states that legalized betting. Tiny Delaware took in $322,135 in sports bets the first day after legalization. That was on June 5, 2018. Outside of regular season baseball games, there wasn’t any major sporting event taking place in the U.S.

The Floodgates Are Open… Now’s the Time to Take Advantage

Legal sports betting is the type of investment theme I’ve made a career out of spotting.

We know the trick to making money in the stock market is spotting what’s on the horizon – before you read about it in the mainstream news.

The government deciding it will lay down arms and allow licensed, legal operating of anything means a chance to profit.

When you see a business that’s about to get a lot better, you buy a handful of stocks likely to benefit. That’s what we’re doing in Strategic Investor.

If you’re interested in learning more, I invite you to join me tomorrow at 8 p.m. ET for a free investment summit. I’ll teach you more about this trend… what will cause over $4 billion to move into this industry… and the three specific stocks that will capture the lion’s share of profits. Register here.

One reader is concerned about Monday’s Dispatch, “This Will Bring Self-Driving Cars to the Masses”…

And another reader sees no need for this technology:

Do you think self-driving tech will benefit humanity or cause problems? Or are you like Carl, who simply enjoys driving? Let us know at fe[email protected].

Musk put $70 million of his own money on the line to start Tesla. His dream is to fill America’s roads with electric cars. And with 300,000 Teslas on the road today, some think he’s on his way to achieving it.

But soon, it could all come crashing down. And one tiny company could be responsible… 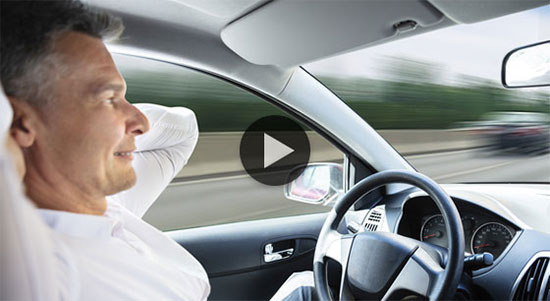