Every December, we make predictions for different key markets and economic indicators for the coming year.

We don’t care about the exact price. Instead, we want to determine the direction of the move: higher or lower.

We also like to review our previous year’s predictions to see what we got right and what we got wrong.

For 2022, we got six out of eight categories right. Getting all but two of them right is better than most economists.

Yesterday at the Dispatch, we kicked off our series with a segment on inflation.

We said that even though we expect the rate of inflation to come down in 2023, this doesn’t change the long-term inflation uptrend.

The Dollar Is Both a Benefit and a Curse

Last year, we said the dollar would head higher. We predicted that despite the dollar’s long-term declining trend.

We were spot on. Yet, the strength of the dollar even surprised us. 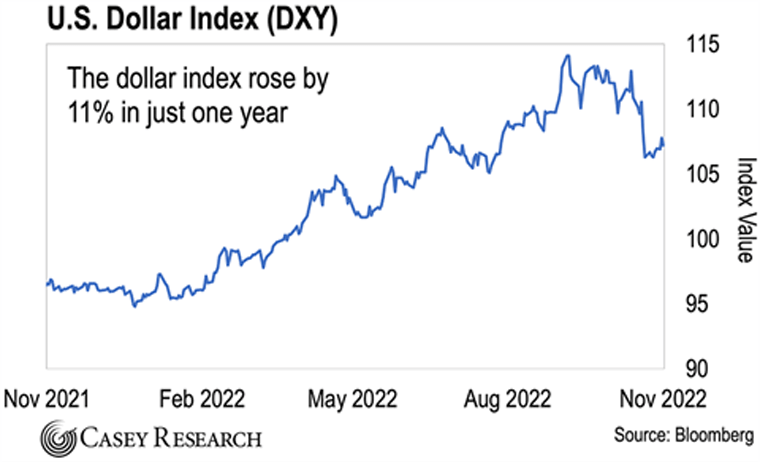 Predicting the value of the dollar is complicated. You need something to compare it to. That just happens to be a basket of other currencies like the euro, Japanese yen, and others. We measure this through the U.S. Dollar Index (DXY).

So after surveying the landscape last year, we thought that other countries and central banks were behind the curve. It was clear the Fed was beginning to play defense.

After a relentless campaign of interest rate increases, the dollar went on a tear. It caused a lot of damage in other financial markets, especially overseas.

It also kept the price of gold down in U.S. dollar terms. (More on that next week.) 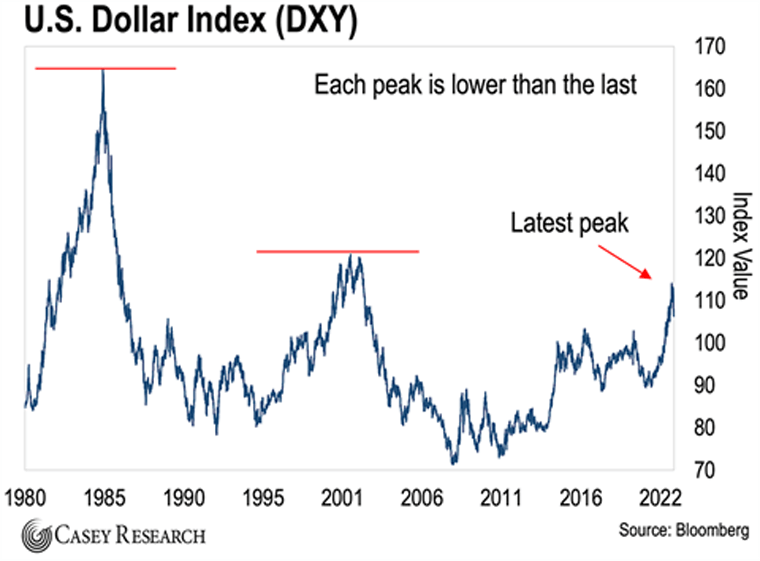 As we said last year, the dollar is both a benefit and a curse. We price everything in dollars because it’s the world’s reserve currency.

But when you flood the system with massive dollar spending programs – like the recent $1.2 trillion infrastructure spending bill, or the over $3 trillion in COVID spending – it puts pressure on the price of everything.

It’s part of how we get inflation. When it’s in check, it makes you feel wealthier. But your purchasing power slowly erodes along the way…

The Beginning of a Downtrend

Over the coming years, the dollars needed to produce a sufficient income will keep growing. Persistent inflation – or even stagflation – is bound to make matters worse.

And recently, we saw one thing that made us feel confident on where the dollar heads from here. 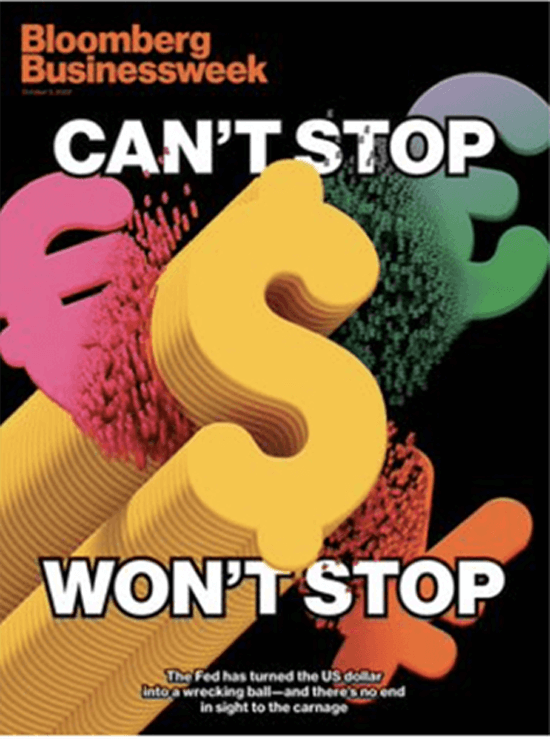 The October issue of Businessweek featured the “unstoppable dollar” on its cover. It was the first magazine cover indicator.

For those of you unfamiliar, the magazine cover indicator is a way to view current sentiment of a specific asset or market. For some investors, it gives them a hint of how to trade it.

When that sentiment is positive, they sell it. When it’s negative, they buy it.

So when Businessweek ran a positive dollar cover, it was a signal that the top was near.

Then Barron’s published this not more than a few days later. 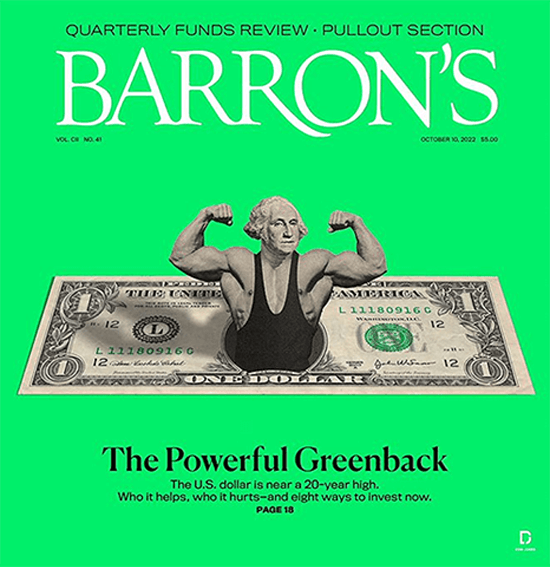 Normally, one cover story is a loud enough signal. Two together is screaming that sentiment’s reached an extreme.

Not long after, the dollar started to roll over. It’s still up 12.7% this year as we write. Which in the world of currencies is a massive move.

Now, we should say that the magazine cover indicator isn’t some foolproof way of picking the direction of a specific asset class. There are far too many other factors at work to just rely on one anecdotal piece of evidence.

But it’s something we keep an eye on.

Last year, we nailed the direction of the move.

But given everything we’re witnessing, we see that move reversing in the year ahead. 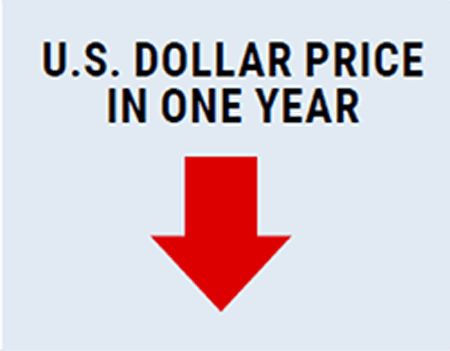 P.S. If you enjoyed our 2023 predictions for inflation and the U.S. dollar, make sure you read up on our interest rate forecast tomorrow…