On Monday, the price of gold topped $1,300 for the first time since November. Since Monday, gold has held steadily above $1,300.

It failed each time it got close. Just look at this chart. You can clearly see that $1,300 acted as a key resistance level. It prevented gold from rallying.

But it won’t anymore. That ceiling has been breached.

This is a major victory for gold bulls. But it’s not the only reason to like gold.

• A perfect storm has hit the gold market…

Donald Trump is threatening to shut down the government to pay for the wall.

And Hurricane Harvey has rocked Houston, America’s fourth largest city. Some estimates say the storm did more than $100 billion in damage. Now, the federal government will likely shell out billions of dollars in aid, and that means sinking deeper and deeper into debt.

Long story short: investors have plenty to be nervous about right now. And that’s good for gold.

You see, gold has survived every financial crisis imaginable. It’s the ultimate safe-haven asset. This is why every investor should own a little gold. (We recommend having 10-15% of your money in gold at all times.)

But here’s the thing. Not everyone owns gold as a chaos hedge. Some people buy it for quick profits. They trade it.

And Monday’s big breakout could be the buy signal that many traders have been waiting on.

That’s because $1,300 was a key psychological level. It was keeping a lot of investors from buying gold.

But that resistance has been broken. And that means a lot of people who were on the fence about gold could become new buyers.

• If that happens, billions of dollars will start pouring into gold…

These stocks are leveraged to the price of gold. In other words, gold doesn’t have to rise much for them to skyrocket.

Just look at the VanEck Vectors Gold Miners ETF (GDX). This fund, which holds gold industry giants like Barrick Gold and Royal Gold, surged 3.6% on Monday. That’s nearly three times as much as gold rose on the same day.

That’s a big move for such a short period. But it’s likely headed even higher.

Just look at the chart below. You can see GDX just broke out of the downtrend it’s been in since February. This is very bullish for gold stocks.

So consider buying GDX today if you don’t own any gold stocks already.

P.S. You may also want to consider speculating on junior gold miners. These have far more upside than blue-chip gold stocks… but they’re riskier. It’s critical to know how to pick the best ones.

That’s where our in-house gold expert Louis James comes in. Louis writes International Speculator, our advisory dedicated to small gold stocks with huge upside. Today, there are eight stocks in his portfolio with the potential to rise 1,000% or more as this bull market gains steam.

You can access his portfolio with a risk-free trial to International Speculator. Click here to learn more.

Our friends at the Palm Beach Research Group just uncovered something…

After the crash of 2008, billions of dollars that were “lost” didn’t just disappear. Instead, that massive amount of wealth shifted to a new “stock market.” 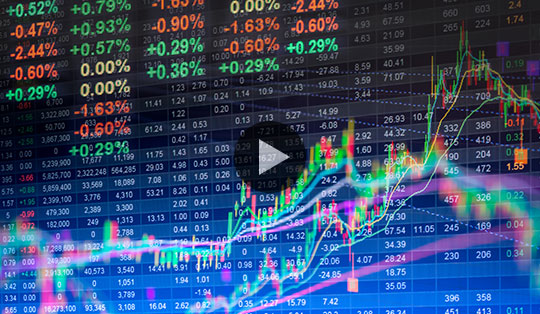