Rachel’s note: Longtime readers know we’re big on resources here at Casey Research. Some investors may think they’re “boring” or outdated. But we see them as an old-world play… on some of the most exciting new-world technologies.

And Dave Forest, our in-house resource expert and globetrotting geologist, thinks the biggest gains in this space are just around the corner.

So today, we’re sharing a conversation between Dave and our colleague over at The Daily Cut, Chris Lowe.

Chris Lowe, editor, The Daily Cut: Dave, there’s no better man to talk us through the tech metals megatrend. You’re a trained geologist. You’re a mining financier and entrepreneur. And you’ve made it your life’s work to find and extract natural resources from the ground.

I think of you as the Indiana Jones of Legacy Research. You’ve put boots on the ground in countries on all the world’s populated continents… hunting for copper, gold, platinum, nickel, cobalt, and even natural gas.

And you often send back photos from exotic locations that remind me of scenes in the Indiana Jones movies. 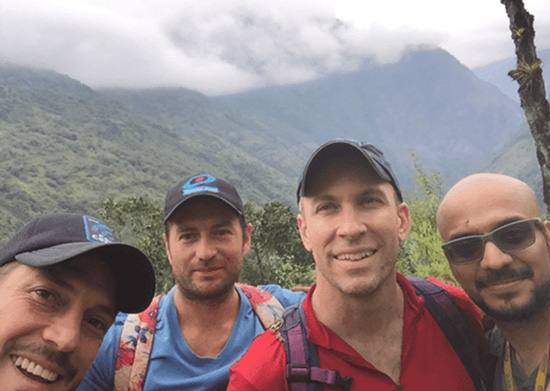 Dave, third from left, exploring the mountains of Colombia

We’ll get to the civilization-wide shift toward tech metals you’ve been writing about in a moment. First, can you tell new readers a bit about your background?

Dave Forest, editor, International Speculator: Sure. My focus as an investor is resource stocks. It’s a supposedly “old-world” industry a lot of people don’t consider in their investment portfolios.

The natural resource industry is one of the only places I know where you can start with a piece of ground in a desert somewhere that you buy for $1,000 or $5,000 and… with ingenuity and hard work… turn it into something worth a billion dollars.

And uranium mining companies such as Paladin Energy (PDN) – which Casey Research founder Doug Casey invested in – soared from a penny a share to as high as $10 during the last bull market. That’s a 99,900% gain – enough to turn a $1,000 investment into $1 million.

Chris: One of the places you go looking for supersized gains like these today is tech-metal mining stocks. A lot of folks don’t know about these metals… and why they’re so critical. But as you’ve been showing, you can’t have a range of new tech – including electric vehicles (EVs) and 5G – without them.

When most folks think of mining, they think, “It’s an old business. It’s outdated. Who does that anymore?”

But that’s not the case at all. We’re seeing some of the largest tech trends in the world converge with mining now.

Tesla (TSLA) CEO Elon Musk, for instance, has been talking a lot about mining. That’s because tech metals are critical ingredients of every Tesla on the road. 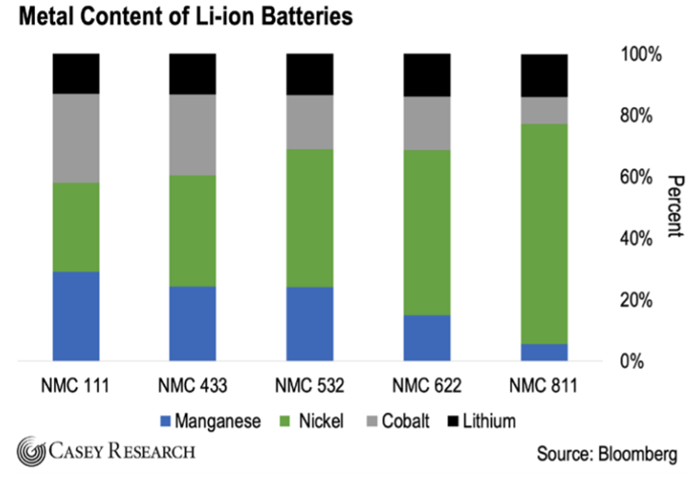 At the same time, my colleagues in the mining industry are struggling to find supplies of these metals. In some cases, we mine them in only a handful of countries. Many of them, such as Indonesia, the Philippines, Argentina, and the Democratic Republic of the Congo, aren’t very stable.

So, Tesla recently started investing directly in mining for new supply. In September 2020, it invested in a mining project in the U.S. And it’s rumored to be considering more.

Chris: What effect has this had on tech-metal mining stocks?

Dave: The Tesla news lit a fire under these stocks. When Musk said Tesla was investing in U.S. lithium miner Piedmont Lithium (PLL) in September, its stock shot from $6 to as high as $54 in a couple of days.

You’re getting a massive rush of attention on mining because of this tie-in to tech. As readers of my colleague and former Silicon Valley insider Jeff Brown will know, tech is one of the biggest profit opportunities in the world today. These metals are a brand-new way to play the tech boom.

Chris: There’s also a geopolitical angle to this story, right?

Dave: There sure is. Over the last few years, there’s been recognition that the U.S. is behind in terms of securing domestic supplies of a lot of strategic metals.

We’re not talking about just EV applications. There are also metals that are critical to the military. So-called rare earth elements – a group of 17 silvery-white metals – go into cruise missiles and bombers.

With a lot of these metals, the U.S. has no domestic supply. So it has to import them from its geopolitical rivals… including its biggest rival, China.

That’s why, in October, President Trump signed an executive order declaring a “state of emergency” – that’s the language he used – over the supply of critical metals.

It basically said, “It is a state of emergency that we’re relying on places such as China to get metals that are critical to our defense and to our industry.”

So the feds have ordered a variety of government agencies to do everything they can, as quickly as possible, to advance U.S. mining projects.

At the same time that you’ve got this rising wave of investor interest because of Tesla… there’s this massive push coming from government. That’s extremely bullish on the demand side.

That’s only natural. As I’ve been hammering on about… modern tech can’t function without these metals.

Chris: You’ve already seen triple-digit gains on tech-metal mining stocks you’ve recommended in your model portfolios. Where are we in this uptrend?

Dave: Let me put it this way… Five years ago, the average hedge fund manager would not have looked at mining at all.

Today, you have Musk talking at the Tesla annual shareholder meeting about mining for tech metals. So there are a lot of hedge fund managers – folks who focus on tech – saying, “Wait a minute. This is a sector we should probably look at.”

That means more money pouring into these stocks… and higher prices ahead. I expect this to be a decade-long megatrend. This is still the early innings of what will turn out to be a spectacular bull market.