For more on this, we’re featuring an important interview with world-renowned crypto expert Teeka Tiwari and Palm Beach Daily analyst Nick Rokke. Below, the guys discuss some of the big developments in the space… and how to profit…

Nick: T, there have been some big developments in the crypto space. Can you bring us up to speed?

Teeka: Sure. Late last month, Google made a big announcement… It has reversed its ban on cryptocurrency ads in the United States and Japan. These are two of the largest crypto markets in the world.

So starting sometime this month, Google will allow its platform to run cryptocurrency ads from regulated exchanges. And this follows Facebook’s repeal of its own crypto-ad ban.

The timing on this is highly suspect…

You see, in about a month, the owner of the New York Stock Exchange plans to launch the first fully compliant crypto trading platform for institutional and retail investors.

Think about that timing… You’ve got the two most important ad platforms in the world saying only “regulated” exchanges can advertise on their platforms—just a month before the second-biggest exchange operator in the world goes live.

Unless you’ve spent millions and millions of dollars creating a regulated exchange, you can’t advertise anything bitcoin-related.

It’s basically just a gift to the banks and brokerages. It’s like saying, “Okay, guys, here you go. Go spend a bunch of money with us, and you can grab all this market share.”

Again and again, we’re seeing this machine at work, attempting to dominate the future of the cryptocurrency industry.

I call this the “Great Crypto Conspiracy.” And as you can see, it’s very real.

Now, from a philosophical standpoint, I don’t like it.

The beauty of crypto is in its decentralized nature. That means we can hold our own assets and exchange them, peer-to-peer, without a middleman.

But on the other side, I freely admit my subscribers stand to make a fortune as this tidal wave of traditional money comes stampeding into crypto.

So for us, we’re well-positioned to benefit from the greed of the banking system because we are in early.

Nick: So on one hand… it seems like big firms are trying to tank the crypto market. Yet, on the other, they’re scooping up cryptocurrencies as fast as they can.

Is this what you mean by the “Great Crypto Conspiracy”?

Teeka: Yes. Cryptocurrencies are under assault by traditional finance.

All year long, we’ve seen central bank collusion against cryptos: threats of bans… endless investigations… and the ceaseless drumbeat of negativity from the traditional press. It’s no wonder the entire crypto market is down 76% from its January high.

And yet—despite all this negative news—you’ll notice institutions are actually running into crypto investments. The Google announcement is just the latest example of this conspiracy.

Institutions are getting the best prices on cryptos since mid-2017… While the average investor is panic-selling, big investors are buying.

Nick: Can you give us another example of this conspiracy?

Teeka: Last month, I wrote about a “fake news” report that Goldman Sachs was abandoning its plans to launch a cryptocurrency trading desk.

The news freaked out the market. But the day the report came out, I told my readers that it was fake news… and not to worry.

And guess what? The very next day, a top executive at Goldman came out and called the report “fake news,” too.

Not only is Goldman not ditching its plans for a trading desk… it’s also planning to offer cryptocurrency custody.

This is hugely bullish for cryptocurrencies because the lack of credible custodians has kept institutional money from making crypto investments.

But most reports ignored that part of the story…

Instead, they focused on the “fake news” headlines about Goldman ditching its crypto trading desk.

Nick: Speaking of Goldman Sachs… there seems to be a rush of major players getting into the crypto space. Any new developments on that front?

Coinbase is the largest U.S. crypto exchange, with more than 13 million users in 32 countries. And BlackRock is the world’s largest asset manager with $6.3 trillion under management.

Fidelity Investments—which has around $2.3 trillion under management—also plans to launch crypto-based services by the end of this year.

These services will allow Fidelity clients to buy and sell crypto directly from the Fidelity platform.

This is playing out exactly like I said it would.

Nick: Can you tell readers what you mean by that?

Teeka: When you’ve got Fidelity, BlackRock, and Coinbase—and many other major players—coming together to allow their clients to get involved in this asset class… you’re going from a market that’s very difficult to get into to one that’s going to be very easy to get into and participate in.

Apple had this wonderful product called the iPod… But the iPod had a very tiny market share—about 3%. That’s because only people who had an Apple computer could use it.

But when Apple opened up its architecture to PC users… all of a sudden, 97% of the market opened up. And Apple’s stock exploded.

It’s the same situation that we’ll see here with the crypto market.

Remember, what’s good for bitcoin is good for the entire crypto market.

I know it doesn’t feel that way right now, especially when you see the market being down as much as it has been.

But it’s the same idea… You have to rely on research and the idea of something going from being very difficult to very easy to get into. That’s bullish.

Nick: That’s a great perspective, T. So what’s the best way for our readers to take advantage of this conspiracy?

Teeka: First, everyone should buy a little bitcoin. It’s the reserve currency of the crypto world. Institutions will need to buy bitcoin before they can buy other coins.

And remember, you don’t need to buy much. Just a tiny grubstake could turn into life-changing gains. So keep your position sizes small—that way, you can ride out the volatility.

Nick: Thanks for the rundown, T.

Before we wrap it up, can you tell our readers about your urgent briefing?

As you may know, I recently got together with TV host Glenn Beck to discuss the major coming change in the crypto market that I believe will spark the next wave of cryptocurrency millionaires…

The new development involves a recent decision by the Securities and Exchange Commission on a crypto ETF I’ve been following. This development has received almost zero press coverage… But it’s set to trigger an event that may send bitcoin much higher before the end of the year.

Whether you’re a cryptocurrency skeptic or a true believer, you need to see this now.

Justin’s note: To watch the full rebroadcast of Teeka’s cryptocurrency event with Glenn Beck—and see all three of his recommendations for free—click here.

But don’t delay. It’s only available until midnight tonight. After that, it may be gone for good. Click here to watch it now.

Have you started investing in cryptos at today’s steep discounts? Or do you think the whole sector is in trouble? Let us know right here.

Teeka will present his latest cryptocurrency research in Bermuda at the Legacy Investment Summit, October 18 and 19.

He’ll be joined by media personality Glenn Beck, award-winning journalist John Stossel, as well as 15 more of the brightest minds in finance.

Now, we realize not everyone can (or wants to) travel out of town, away from work, family, and home for several days to attend a conference…

That’s why we made a special “livestream” available so that you can watch the entire conference from the comfort of your own home. Learn more about this opportunity right here. 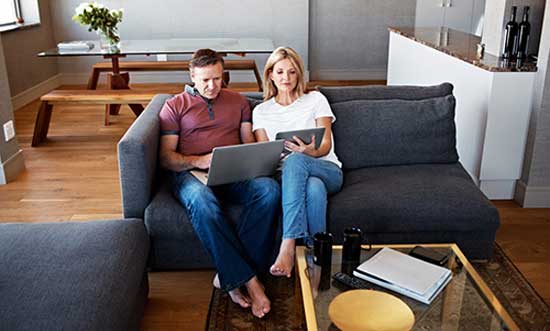