…and no one seems to care.

I’ll tell you why in a second. But let me first explain what I mean by “whiff.”

On Tuesday, the electric carmaker reported third-quarter sales of its Model 3.

This is the company’s first mass-market vehicle. It just started delivering them in July.

Yet, Tesla investors had high hopes for the first quarter of production… and why wouldn’t they?

In August, Tesla’s founder and CEO Elon Musk said the company would produce 1,500 Model 3s during the third quarter.

But on Tuesday, we learned that Tesla produced just 260 cars, or 83% fewer than Musk promised.

• This is bad news any way you slice it…

Tesla dropped as much as 3% Tuesday morning.

On Tuesday, it actually closed up 2%. Yesterday, it jumped another 2%.

But I can’t say I’m surprised.

All they care about is Elon’s vision.

And I get it. Electric vehicles (EVs) are the future. I’m as excited about this EV “revolution” as anyone.

But I’m still avoiding Tesla like the plague. And here’s why you should too…

I’m not saying this because I have anything against the company or Musk.

I’m saying this because I’ve done the math.

You see, back in July, Musk said that Tesla was on track to produce 20,000 Model 3s per month by the end of the year.

This means Tesla will need to ramp up its production by 23,000% to hit its lofty goal.

Some people would call that extremely difficult. I’m telling you that’s damn near impossible.

In short, Tesla’s shareholders will be disappointed again. And next time, they might not be so forgiving.

• Tesla is one of the most expensive stocks on the planet…

Its stock trades at a price-to-sales (P/S) ratio of 6.

Of course, Tesla’s valuation isn’t based on reality. It’s based on hopes and dreams.

In fact, many people own Tesla because it’s pioneering the EV revolution.

…especially since competition in the EV market is heating up.

• Just look at what BYD’s doing…

Unlike Tesla, BYD’s profitable. It made $815 million last year. Analysts expect it to earn over $1 billion this year.

It also pays a dividend, unlike Tesla.

To top it off, Warren Buffett’s a huge shareholder. He actually owns about 10% of the company.

And yet, the stock trades at a P/S ratio of just 1.9. It’s three times cheaper than Tesla.

• BYD isn’t the only company challenging Tesla, either…

Jaguar is going electric, too. Soon, it will have an “electrified” option for all its models.

And just this week, both General Motors and Ford laid out their plans to expand their electric models. Ford says it plans to add 13 models over the next several years, with a five-year investment of $4.5 billion.

This is good news for everyday people. It means we’ll soon have a lot more EVs to choose from.

But this is very bad for Tesla. Soon, these companies will chip away at Tesla’s market share.

It’s only a matter of time before other investors realize this. When that happens, watch out.

Tesla’s shareholders will be in for a rude awakening. It will be much harder for them to ignore all of Tesla’s problems.

So, continue to avoid Tesla. Its share price could soon fall off a cliff.

After the financial crash of 2008, some investors recovered quicker than others…

That’s not because these people were smarter or luckier. They simply shifted their wealth to a new “stock market” 100% outside of Wall Street. And they had the potential to make 852%, 1,400%, and even 6,333% in a matter of months. Read on here. 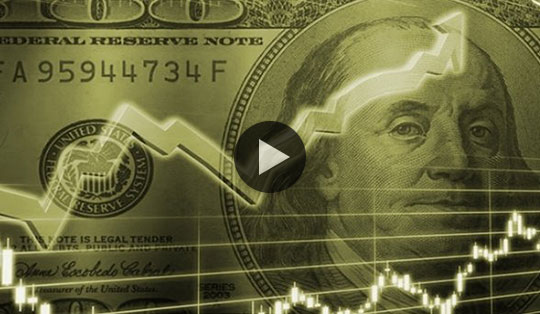