Rachel’s note: Regular readers know we’re all about putting the most profitable opportunities on your radar here at the Dispatch.

And our colleague, angel investor and former tech executive Jeff Brown, has just done some incredible research you should know about.

Jeff’s found what he believes could be the last – and biggest – “digital leap” of all time. It will disrupt a massive $11.9 trillion industry… and change all our lives for the better.

Even in the “worst” of past digital leaps, investors made 11x their money.

On Wednesday, he revealed all the details on this industry… and how you can set yourself up to profit – before it’s too late. Just go right here to watch the replay.

Then, be sure to catch up on Jeff’s essay below…

Technology has changed the world around us. Many industries are hardly recognizable compared to what they were a few decades ago. And these dramatic shifts have always created a unique opportunity for investors to profit…

Consider the travel industry as an example.

Up until the mid-1990s, when you wanted to take a trip, you’d visit a travel agency. An agent would help travelers book flights, a hotel, a rental car, and any other accommodations required for a trip.

But today, that hassle is gone. Booking tickets for our trip is as simple as going online. Sites like Kayak, Expedia, Hotwire, Tripadvisor, and Priceline make it easy to plan out a vacation or business trip in a matter of minutes. And they allow customers to price shop to ensure they get the best deal.

And the travel industry felt the impact of this shift…

As just one example, Booking Holdings (BKNG) – which owns Priceline, Agoda, Rentalcars.com, and Kayak – has seen its stock rise more than 33,500% since the early 2000s. 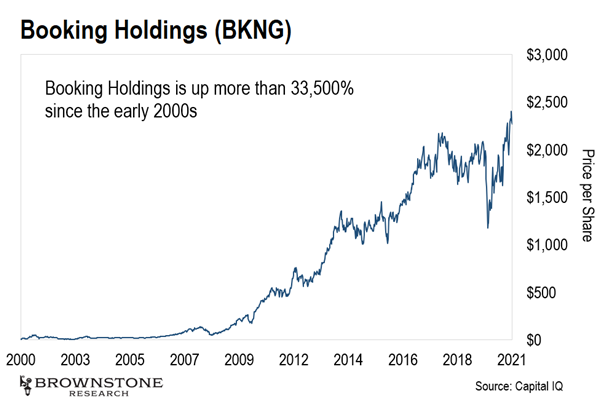 Investors who got in early could have made a fortune as the travel industry went digital.

From Analog to Digital

When an entire industry goes from analog to digital, investors have a rare opportunity to profit. In fact, I believe that digital leaps are the most lucrative events in the history of the stock market.

That’s because while some companies will stumble during the digital leap… others can skyrocket as the industry evolves with bleeding-edge technology.

Think about when it became possible to buy music with the click of a mouse. With the iTunes store, people could download their favorite songs for just 99 cents each. And as a result, Walkmans and CDs quickly began fading out of view, replaced by the iPod and other digital devices.

And in the time since, we’ve shifted even further to streaming our music from services like Apple Music and Spotify. In 2020 alone, streaming services generated over $10 billion in revenue.

Streaming Music Was a Digital Leap 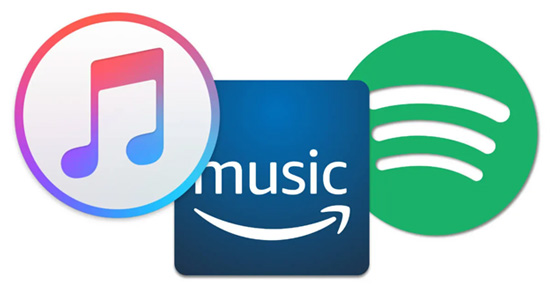 And while no one likes thinking about taxes… consider the change we’ve seen in this industry in recent years.

While a number of people go to tax professionals or do their taxes themselves, this industry too has seen a huge digital leap with the rise of online services like TurboTax. In fact, a 2020 survey reported that 51% of respondents planned to file using an online tax software program.

And as a result, Intuit (INTU), which owns TurboTax and other popular financial softwares, has risen more than 14,000% since its IPO. 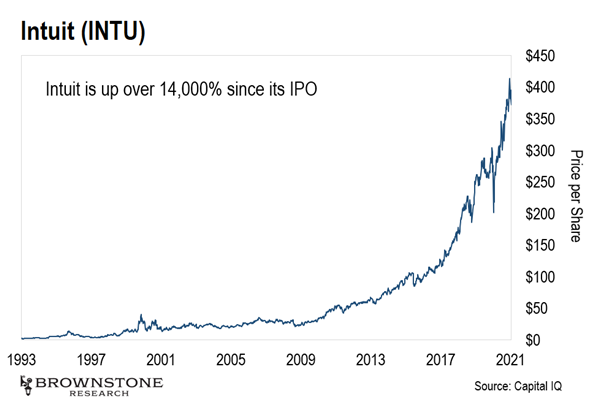 A Digital Leap in Car Sales

Another example is a company like Carvana, which is currently digitizing car sales.

Instead of going to a dealership and dealing with a salesperson, Carvana’s customers can simply go online to pick out a car and pay. Carvana will then deliver your new car to your door and – if you’ve requested a trade-in – pick up your old one. 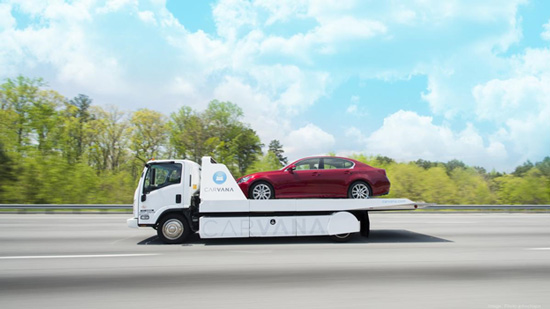 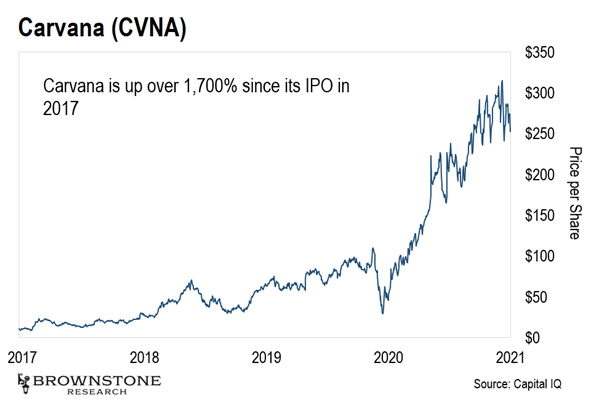 These kinds of digital leaps are making our lives better… and they are giving us the opportunity to profit.

As these examples show, the gains can be incredible. And they’re made possible when an industry begins taking advantage of bleeding-edge tech. That’s why I want to make sure my readers are prepared for a digital leap that’s just now in the beginning stages…

While most major fields have already experienced a digital leap, a giant $11.9 trillion industry has been bogged down by government bureaucracy and red tape… until now. The pandemic suddenly put this industry into fast-forward, and it’s finally making its move.

And as investors, we need to pay attention… because this could be the last digital leap we see.

That’s why I want to make sure we don’t miss out. Now is the time to get in position.

Plus, I believe I’ve found the best company to take advantage of this trend. It has 386 patents to protect its breakthrough… and it is even collaborating with Microsoft.

Even more exciting, it’s on the cusp of making a major announcement in the coming months… and there’s no telling how high shares could go when that occurs.

If you’d like to find out all the details, I prepared a presentation called America’s Last Digital Leap. I shared all about which industry is preparing for this leap… and my top recommendation for how to profit.

If you missed it, don’t worry… just go right here to watch the replay.

I don’t want you to miss out on this rare opportunity.