We estimate only one in 10,000 gold investors knows this secret. And yet… it could help you take a tiny stake and pocket a huge payday. And as Nick shares below in today’s Dispatch, this is just the tip of the iceberg… It’s time to make your move today.

For thousands of years, gold has been the safe-haven asset. No government can easily confiscate, nationalize, freeze, or devalue it at the drop of a hat.

It’s simply the best way to preserve wealth over the long term.

Now, with the advent of cryptocurrencies and decentralized blockchain technology, people have a complementary tool for advancing their financial freedom.

In a world dominated by constantly depreciating government fiat currencies, I think gold-backed digital currencies are a convenient way for ordinary people to protect their wealth.

Douglas Jackson established the currency in 1996, about 13 years before bitcoin came about. As the name implies, it was 100% backed by gold.

In other words, account holders could redeem their e-gold for actual, physical gold.

With e-gold, Jackson tried to tap the 1990s internet revolution and bring sound money to ordinary people. He thought e-gold could liberate the world from the ills of central banks and fiat currencies. And, for a while, it looked like it might.

Anyone in the world could anonymously open an e-gold account. From there, users could instantly transfer grams of gold to other users and merchants.

At first, Jackson stored e-gold’s precious metals in safety deposit boxes in Florida. As the company grew, he moved the bullion into secured vaults in London and Dubai.

At its peak, e-gold had over five million customer accounts, spanning 165 countries. A thousand new accounts were opened daily.

Unfortunately, nothing escapes the eye of Sauron…

Jackson may have been a visionary and a firm believer in sound money. But he was also naïve.

The U.S. government imposes strict regulations and licensing requirements on financial companies. This includes an obligation to collect all sorts of customer information for so-called “Know Your Customer” and anti-money laundering laws.

Financial companies also have to file a report with the U.S. government for every transaction involving $10,000 or more. Plus, there’s another mandatory report for any sort of “suspicious” financial activity – a vague, broadly defined concept.

Jackson made many foolish mistakes here. E-gold didn’t comply with any of these laws. And because of that, it painted a big, red target on its back.

The U.S. government and its media allies have convinced the average person that “privacy” is a dirty word.

Unfortunately, the U.S. government has essentially forced the whole world to adopt privacy-killing regulations in the name of the War on Drugs, the War on Terror, anti-money laundering, etc.

Many people have forgotten that privacy is fundamental to preserving human dignity and protecting individuals from government overreach.

Of course, Jackson wasn’t doing anything unethical. He made a practical misstep, not an ethical one.

It illustrates a vital point: The crucial difference between a real crime and a violation of the law.

Laws vary dramatically across countries. But real crimes are the same the world over. They involve harm or the threat of harm to person or property. Think murder, theft, or arson – things universally considered immoral.

Virtually every government prohibits real crimes. But most also prohibit a lot of other stuff.

In late 2005, a fleet of black SUVs surrounded Jackson’s home and offices. Dozens of heavily armed federal agents raided any location having anything to do with e-gold. They confiscated all of the computers and company records.

Eventually, Jackson was arrested on charges of money laundering, conspiracy, and operating an unlicensed money-transmitting business. He was sentenced to 36 months of supervised release – including six months of house arrest, during which he was forced to wear an electronic ankle monitor.

With that, the U.S. government effectively shut down e-gold. It was disappointing, but also completely predictable.

Even so, Jackson’s goals were admirable. He strongly believed that President Nixon’s decision to cut the dollar’s final link to gold in 1971 was highly destructive.

I couldn’t agree more. Nixon’s move turned the dollar into a pure fiat currency. This is why the Federal Reserve can create unlimited amounts of currency.

Today, there are only so many convenient ways ordinary people can push back against this. I think Jackson’s plan to bring a simple, sound money alternative to the masses was quite worthwhile.

First, it showed that a private digital currency could work. E-gold helped pave the way for the cryptocurrency revolution, years before bitcoin.

Second, it proved that the global market for a gold-backed digital currency is enormous.

Had Jackson managed the company better, it’s entirely possible that e-gold could have surpassed PayPal and become the world’s top online payment system.

Now, with the advent of cryptocurrencies and decentralized blockchain technology, dozens of gold-backed digital currencies are sprouting up that could make Jackson’s vision a reality.

For thousands of years, gold has been the safe-haven asset. That’s because it’s durable, divisible, consistent, convenient, and has intrinsic value.

When you hold physical gold, no government can easily confiscate, nationalize, freeze, or devalue it at the drop of a hat.

Gold is also universally valued. Its worth doesn’t depend on any government.

There is nothing particularly American, Chinese, Russian, or European about gold. Different civilizations have used it as money for millennia. It’s always been an inherently international asset.

I do not think cryptos are a substitute for physical gold, nor are they a threat to gold’s value. Gold is still the best way to preserve wealth over the long term.

Instead, I see cryptos as a complementary tool you can use to advance your financial freedom.

Why abandon your wealth to a constantly depreciating government fiat currency – sitting in an insolvent, fractional reserve bank – when you can easily have a gold-backed crypto?

I also think cryptos are a “gateway drug” to gold. They get people to think about the very nature of money, something very few people would ordinarily do.

Many discover the destructive nature of fiat money and central banking because of cryptos. And that inevitably leads them to gold.

However, owning large amounts of physical gold presents its own challenges. It’s hard to store securely, move long distances, and break down into smaller amounts. A gold-backed crypto can help address these drawbacks.

As I’m sure you know, bitcoin and other cryptocurrencies can be wildly volatile. This is a problem for anyone looking to use cryptos in the regular course of business.

Gold-backed cryptos, on the other hand, should have relatively stable prices.

This should make them appealing to merchants, lenders, businesses, investors, escrow services, and the like… Anyone who wants to conduct business in gold – but also wants the convenience of cryptocurrencies.

Businesses could use gold-backed cryptos to pay rent, salaries, or other ordinary expenses. The possibilities are enormous.

I think gold-backed cryptos could create a genuine revolution in finance. And the time to position yourself to profit is now.

To start, consider buying some bitcoin. Bitcoin is the reserve currency of the crypto world, so you’ll need it to buy gold-backed cryptos.

Justin’s note: Throughout Casey Research’s history, we’ve made a name for ourselves by exploiting hidden anomalies in the gold markets. Our founder, Doug Casey, has been taking advantage of them since the 1970s. Way back in 1974, when he was just starting out, he discovered a price discrepancy in South African gold stocks. The 40 gold plays he recommended, on average, rocketed up 600%. As Nick showed above, we see an equally lucrative and obscure gold anomaly taking shape today.

Thank you for the information, your dedication and clarity regarding this matter.

Ever since Gore lost the presidential election, his narcissistic, power hungry, lime light necessity, driven hunger for fame and glory mindset, wouldn’t rest. He had to come up with a solution to his deemed failure. Thus, we have “global warming” and “climate change” today.

It’s a disgusting and abhorrent lie that won him the Nobel Peace Prize? Ridiculous!

If he can’t be president, then he’ll be the voice (as if they need one) for all the leading scientists of the world? He’ll be the savior of planet Earth? He’ll be the god that people have clamored for, gracing us with his magnificent glory and wisdom?

What he’s actually done is stolen millions, if not billions, of dollars out of the pockets of hard-working Americans over this atrocious lie. And now we have this “Green New Deal” blaming farting cows? It’s gone from the ridiculous to the absurd!

Thank you for exposing these “the sky is falling” dweebs, for their complete incompetence.

I look forward to a thorough read of yours concerning the devastating effects of farting cows! I’m certain scientists from all over the world will be flabbergasted to hear that it’s all bunk! Yes, there are those of us who call that “scientism,” not science! Warmest regards, (pun intended).

I agree 100% with you. Why is the fact that we have had a number of climate changes on this planet long before humans existed never mentioned? What happened to the dinosaurs? I believe the Grand Canyon was formed from glaciers moving across this continent. Why doesn’t someone make that point?

This is what climate change is all about:

Climate change is not a hoax. The republican party and Donald Trump are the real hoax and the real danger to our democracy.

You’re spot on. Politicians have been dishonest since governments have formed. Climate change is a computer model. I can’t see how any intelligent scientist could use records from a little more than a hundred years and predict the future when they have trouble accurately predicting weather in the short term. As a farmer who harvests hay as a cash crop in Maine, I’ve had a lot of experience with their predictions.

You’ll notice the weather folks don’t throw the term, “the science of weather forecasting” around. It’s a term used extensively during the ’60s and ’70s. Good observations on your part. Glad to see someone has the guts to call it the hoax it is. Follow the money!

As always, please send your questions, comments, and thoughts to [email protected].

But there’s one group of securities that’s perhaps even more explosive than any of those… Strategic Trader editor E.B. Tucker calls them “premium shares.” And they offer perks you can’t get from common stock, preferred shares, or options. You can find out more about them right here… 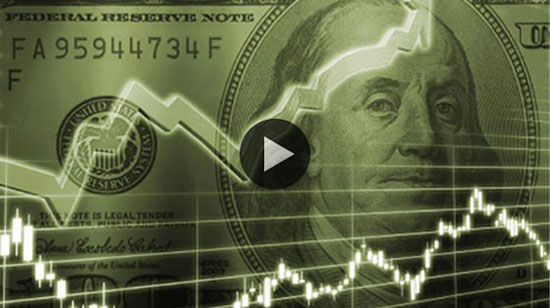