Rachel’s note: The energy crisis is alive and well. And when it comes to the West, that’s especially true for Europe.

Former Wall Street insider and Casey Research colleague Nomi Prins knows this first-hand. In September, she flew to the U.K. for boots-on-the-ground research.

Besides a tumultuous political situation, Nomi witnessed the pains energy costs brought to the British people.

Even so, while an energy crisis takes hold of everyone’s fears, Nomi saw how an energy transformation is happening at the same time.

Luckily, this transformation spells new investment opportunities for savvy folks. If you pay close attention and position yourself early, you could profit from this trend.

Here’s Nomi with the details…

In September, I flew to the U.K. for boots-on-the-ground research.

But something else was also brewing below the surface, which has implications for your money today.

Everywhere I went in the U.K., there was talk about energy price caps. And businesses and homes were hunkering down for what may be a difficult winter.

But here’s what I also found: Energy crisis and energy transformation are happening at the same time.

I saw this firsthand in the Fulham neighborhood of Southwest London. It’s near where I used to live when I worked as a Senior Managing Director at Bear Stearns in the 1990s.

Besides nostalgia, something struck me in Fulham that was totally new. It was a Shell station. But not your average gas station. Instead, it was one foreshadowing the future. 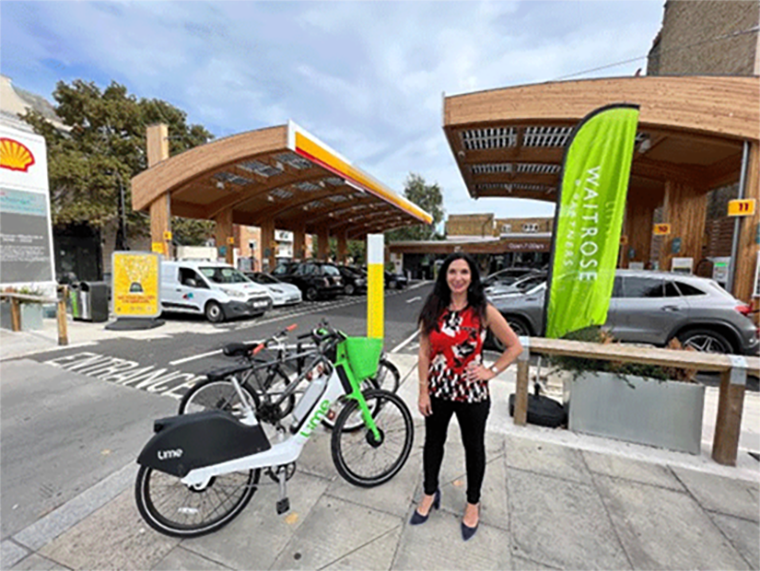 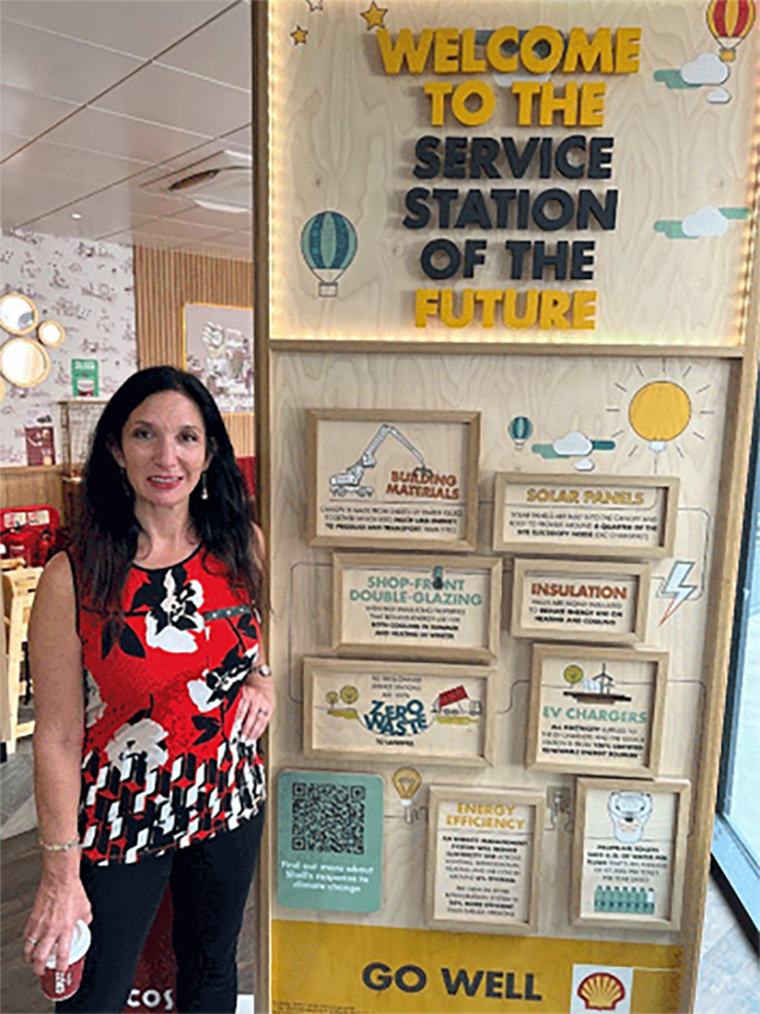 Shell lays out its plan for the energy transition

This sort of transition isn’t happening just because it’s good for the environment or because it promotes national security. Although it does that, too.

It’s because demand for new EVs is far outpacing the current charging ecosystem. And that’s especially true with the high prices of gasoline.

That said, traditional energy isn’t going away. This energy crisis shows an urgent need for oil and natural gas. But it also shows that the transition to new forms of energy is necessary for the future, too.

The Future of Energy

Since I left Wall Street in 2002, it has been my mission to do one thing: Follow the money from Wall Street to Washington and back again… and help regular folks profit from that flow.

This mission is more important to me now than ever before. That’s because The Great Distortion – the disconnect between the markets and the real economy – has become permanent.

Thanks to the Federal Reserve’s rampant money creation since the financial crisis of 2008… and during the COVID pandemic… the real economy and the financial markets will never converge again. At least, not in my lifetime.

But every distortion creates opportunity – especially during periods of market uncertainty. And some of the biggest opportunities right now are in the energy markets.

See, Shell’s EV charging hub isn’t the only sign of the future of energy in London. The city’s government is introducing measures to reduce emissions and support the EV sector.

Take the congestion zone around London’s central area. It now costs £15 ($17) a day to drive through.

The city government also introduced something called an Ultra-Low Emission Zone (ULEZ). It tacks on another £12.50 ($14.20) for “high emission” vehicles, which is most gas cars.

That means drivers who don’t have an EV or low-emission hybrid will pay about $31 a day to drive around central London.

This is one of the U.K. government’s most overt policies to reduce emissions and improve public health. That also means it is not going to be reversed any time soon.

With this policy, the government is basically pushing consumers to buy electric vehicles. And because air quality has improved, it plans to expand the ULEZ.

Other cities are now also introducing these low-emission zones. That includes Oxford, Manchester, Aberdeen, Liverpool, and Sheffield. That’s also part of the U.K.’s ambition to wean itself off imported oil and gas.

It comes down to the basic economic principles of supply and demand – and profit.

In the U.K. alone, 190,000 new EVs were registered just last year. Those figures are set to rise as gasoline prices skyrocket. Yet, there are only 29,000 EV charging points in the country.

That means there’s a growing demand not just for vehicles, but for charging stations, too. For energy infrastructure in general.

And with the Federal Reserve set to enter what I consider Stage 1 of its three-stage pivot as soon as at its next meeting… and Congress likely to swing Republican at tomorrow’s midterm elections… the entire energy and energy infrastructure sector will see a fresh round of interest from Wall Street.

See, I just got back from a trip to Washington. While I was there, the main thing I heard was that, regardless of who wins the House and Senate, the focus on physical infrastructure will remain. That means support for both traditional energy and New Energy.

For example, I had a meeting with a senior staffer of the Republican Congressmen who signed last year’s Bipartisan Infrastructure Act. And they want to get things done even if there’s a “lame duck” period coming for Congress.

In my Distortion Report advisory, we have seven New Energy names in our model portfolio that stand to profit. That includes a new name I recommended in our October issue (paid-up subscribers can catch up here).

Out of respect for my paid-up subscribers, I can’t give away the names of these open recommendations. But, if you’re not paid-up yet, you can still get broad exposure to the New Energy trend through an exchange-traded fund (ETF).

The iShares Global Clean Energy ETF (ICLN) is a great place to start.

It holds close to 100 stocks in various New Energy sectors – from wind to solar to geothermal power. These sectors present excellent investment opportunities for the long haul.

P.S. As I mentioned, buying an ETF is a great way to get broad exposure to some of the New Energy sectors that will thrive in the years ahead. But if you want even more upside potential, there’s no better way to invest than to buy individual names.

At my Distortion Report advisory, I look for the best-in-class companies across our five distortion profit sectors. And right now, I’ve got my eye firmly on the New Energy sector. That’s why, in our October issue, I recommended a company that’s already a traditional energy giant… and is now positioning itself to become a New Energy leader, too.