Today, in the second part of an essay about bitcoin’s energy consumption, Nomi Prins will dive into a widespread misconception: that bitcoin mining wastes energy and harms the environment.

She will prove that contrary to mainstream headlines and popular opinion, bitcoin mining makes use of excess energy – in particular, three unique energy sources – instead of letting them go to waste.

In other words, she’ll explain why bitcoin mining is the “energy buyer of last resort,” and how you should go about adding it to your portfolio as a speculative asset.

Yesterday, I showed you why bitcoin’s energy use is a feature, not a bug.

And I promised I would do a deep dive on unique forms of energy that bitcoin miners take advantage of, instead of letting them go to waste.

So today, I want to put three such energy sources on your radar.

And I’ll show you what this means for your money, whether you’re a longtime bitcoin bull or are considering dipping a toe in for the first time.

The Energy Buyer of Last Resort

As I mentioned yesterday, when it comes to a bitcoin miner’s profitability, the most important factor is electricity costs.

Some estimates put electricity costs at over 90% of a miner’s operating costs. So only miners with reliable access to the cheapest electricity in the world can mine bitcoin profitably.

You can think of bitcoin mining as the “energy buyer of last resort.” Meaning bitcoin miners are often a guaranteed buyer of cheap energy.

Hydropower is the generation of electricity using flowing water. Typically, with water behind a dam that drives a turbine.

While it’s immobile and expensive to transport, hydropower provides a cheap electricity source to people nearby.

The problem is that many sources of hydroelectric power are isolated from energy consumers. That means many hydropower sources create a significant amount of excess, cheap electricity.

This meant that a lot of surplus hydropower electricity was being wasted every year, particularly during the rainy summer season.

So bitcoin miners stepped in to take advantage of this situation, utilizing this unused, cheap hydroelectric energy to become the industry’s biggest players.

It’s the main reason Sichuan previously accounted for a large portion of the computing power of global bitcoin mining.

But the advantages are not unique to bitcoin miners in China – or to hydropower.

In El Salvador, companies use cheap and clean geothermal energy from local volcanos to mine bitcoin. The country is home to 30 volcanoes, among which 20 are potentially active.

El Salvador even plans on building a city at the base of the Conchagua volcano. They aim to take advantage of the volcano’s geothermal energy to power bitcoin mining.

Now, hydroelectric and geothermal energy are not only utilized by bitcoin miners. But there is one source of energy that bitcoin miners are now starting to put to good use – that would otherwise go to waste.

And that is… using excess natural gas.

Making Use of Wasted Natural Gas

Gas flaring is a common practice in exploring for, producing, and processing oil and natural gas. Flaring is when oil and gas companies burn natural gas that cannot be stored or economically transported. 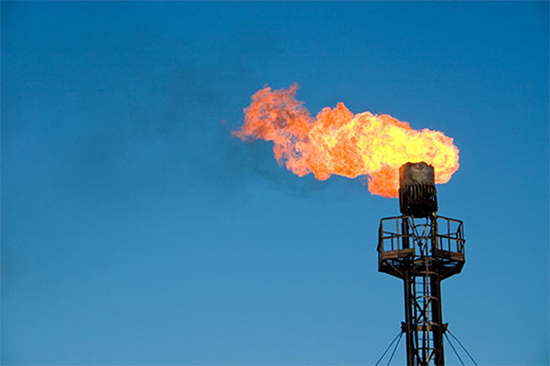 In 2020, Equinor (EQNR) – a publicly traded Norwegian energy company – teamed up with Crusoe Energy Systems, which developed a new technology for harnessing the energy from gas flaring.

Equinor harnessed Crusoe’s technology to generate electricity from its gas flaring in Bakken, North Dakota. It used that electricity to mine bitcoin onsite.

What’s more, in 2021, ExxonMobil – the top oil and gas producer in the U.S. – teamed up with Crusoe to mine bitcoin using excess gas.

It’s an innovative way to convert lost and stranded energy into bitcoin.

Instead of letting gas be burned off into the air (which ultimately harms the environment), bitcoin mining uses gas that would otherwise be wasted. And in so doing, it reduces carbon emissions. That’s because methane – the stuff that gets burned during flaring – is 30x more powerful than CO2 as a greenhouse gas.

Bitcoin Can Be Mined Anywhere

Bitcoin mining is the only profitable use of energy in human history that does not need to be near human settlement to operate.

Because of wireless internet and satellites, bitcoin can be mined anywhere.

And often, that mining is done in a sustainable way. It’s tricky to figure out exactly how much of bitcoin mining is powered by renewables. By some estimates, it ranges from roughly 40% to 75% worldwide.

The upshot is that a large portion of the network already uses renewable energy sources, and that number is poised to rise in the future.

This could accelerate mass adoption of bitcoin as people realize that its power is helping spur renewable energy. And it’s already having positive implications for people and economies.

For instance, remote and poor areas with moving water can monetize the resource by creating clean, hydro energy and using it to mine bitcoin.

Put simply, bitcoin can tap into isolated energy sources all over the world that are currently untouched because they are too costly to connect to electric grids near residential or industrial areas.

Before bitcoin, our world never had a profitable, location-independent use of energy. Now, things are changing.

If you ever need another reason to add bitcoin as a speculative asset in your portfolio, this is one.

Now, bitcoin is a volatile asset that undergoes periods of violent swings. But even though it’s had a tumultuous year so far in 2022, many stocks have fared worse.

And while stock markets continue to slide towards yearly lows, the bitcoin price remains range bound. In these Fed-manipulated markets, this is a good sign.

That said, this still isn’t the time to dive in headfirst.

Instead, we recommend investing a fixed amount of money on a regular basis, typically monthly or bi-weekly.

That way, you can buy more when the price is low and less when prices are high. This is called dollar-cost averaging.

PayPal or Block’s (previously called Square) Cash App is one of the most convenient options for doing this. With these popular apps, you can start your bitcoin portfolio with as little as $1.

Another way is to purchase bitcoin on a crypto exchange such as Coinbase and simply store it in a crypto wallet.

But, again, remember that bitcoin is a speculative asset. A small investment can go a long way. So don’t never invest more than you can afford to lose.