Justin’s note: Strategic Investor editor E.B. Tucker is one of the best big-picture thinkers in our business.

Recently, he put two of the world’s most lucrative trends on your radar: legal sports betting and America’s “new energy metals.”

Like me, he believes that the key to true wealth is living a full life, rich with experiences. E.B. gets his edge by constantly traveling, talking to people, attending shareholder meetings, and doing boots-on-the-ground research.

We want to give you some of that edge, so I got permission to share E.B.’s two most recent “Notes From the Battlefield,” a popular section from his Strategic Investor newsletter.

This is a two-part tale of E.B.’s recent adventure in Mexico City.

By the end, you’ll see why you shouldn’t worry about being kidnapped or killed there… get an inside look at the tequila-making process… and even hear the story of how E.B. and his lead analyst John Pangere ended up with a drunk stowaway and a former IRS agent in a rental pickup truck…

Part of the reason I like visiting Mexico City is the reaction I get when I tell other Americans I’m headed there. They gasp and warn I’ll be kidnapped or killed by El Chapo or any number of drug cartels. These outcomes are highly unlikely.

Mexico City is a serious place. With over 20 million residents, it generates close to a quarter of Mexico’s GDP. You can find every luxury you’d expect in the world’s more admired cities. 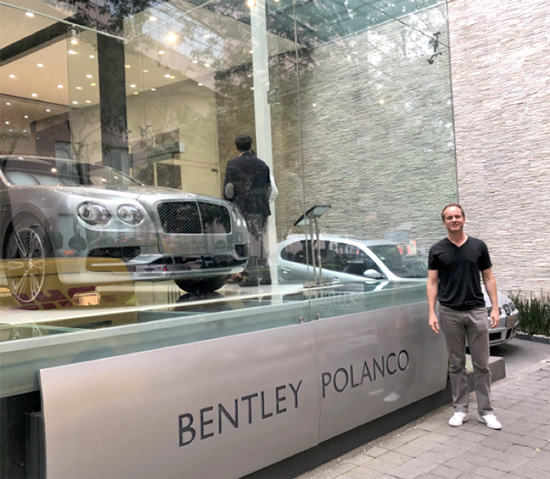 I went to Mexico in February with Strategic Investor lead analyst John Pangere. (The purpose of our trip was to check on an investment he and his father made that’s working out very well.)

In any case, a lot of Americans avoid Mexico City… and they miss out on the benefits world travel has to offer.

According to a survey cited by the New York Post last year, only 42% of Americans bother to get a passport. 32% don’t own luggage and 11% report having never left the state they were born in. Generally, they tend to think the world pivots on the United States. That’s why I’m not surprised when they tell me I’ll die visiting the largest and oldest capital city in the Americas that’s a mere two-hour flight from Houston.

In fairness, with more than 20 million residents, there are dangerous parts of Mexico City. I stay put in a part of town called Polanco. It’s upscale. Many of the embassies and consulates are there. With cafe-lined streets named for philosophers and writers, it feels more like Europe than Latin America. 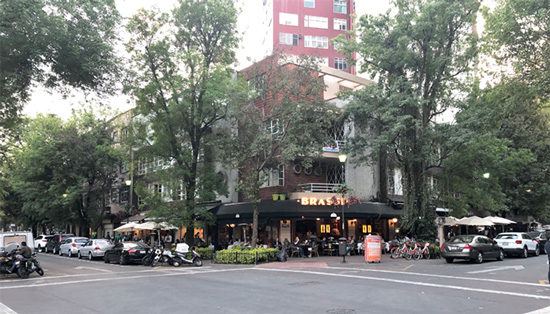 Polanco has a European feel

When I visit any city, I tend to walk a lot. John will attest I move at a pace some people consider aerobic. I believe you have to see a city on foot. There’s no other way to get a feel for it. In Polanco, that’s especially the case. The district has an abundance of parks and green spaces you could never see in a car. 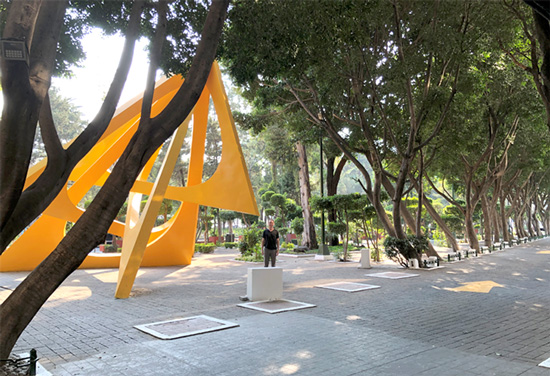 Polanco has many beautiful parks best seen on foot

The weather in Mexico City is perfect for walking. Average high temperatures throughout the year range from 72-81 degrees. It’s never too hot or too cold in my experience. It does rain some in the summer. I find the best time to visit is January through March as a cold weather escape.

A Few Things to Do

The city has more museums than Paris, with 186 that are officially recognized. Plenty are within walking distance of Polanco hotels.

A note on hotels: I try to avoid large chain hotels when I travel. Smaller, boutique hotels are a much better way to experience a city. The staff tends to be more attentive and personable. We stayed at an 11-room hotel called Busue on this trip.

Polanco hosts an annual PGA tour event as part of the World Golf Championships. In the fall, there’s the Mexican Grand Prix, a popular Formula One race. I have not attended either, but both draw large international crowds.

Most of my visits, like this one, are a stopover before attending to other business in Mexico. I do make it a point to arrange dinner at a world-class restaurant on each trip. This time we experienced Quintonil. 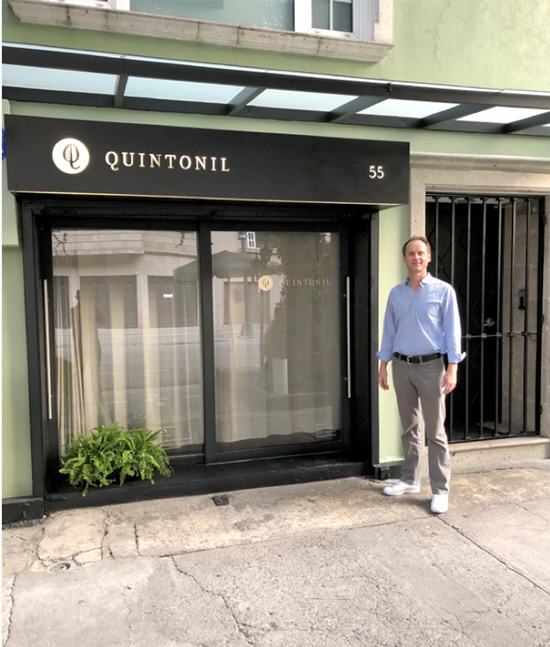 Quintonil stacks up against anything you’d find in New York

There is another more famous restaurant called Pujol about four blocks away. The Netflix show Chef’s Table did a feature on it. My local friends told me the lesser-known Quintonil is better.

In either case, you’ll need to make reservations far in advance. This is not a walk-up-and-sit-down situation. I booked 10 weeks in advance and got us a table for two at 6 p.m. on a Monday, the last one available during our stay. 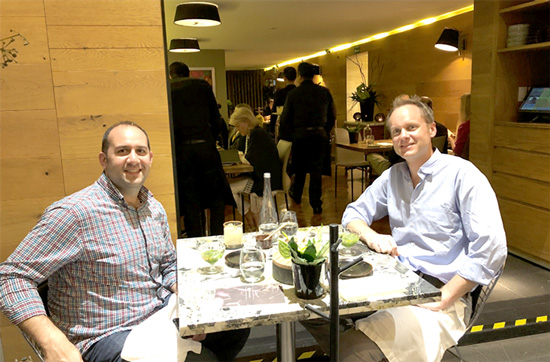 E.B. and John having a cactus ceviche to start

The food at Quintonil is exceptional. It’s what you’d expect in New York, London, or Paris. Employees outnumber patrons by about 3-to-1.

Since we were hopping around the country with carry-on luggage, we were moderately underdressed. Expect to see custom suits and couture dresses at the other tables.

The real surprise comes when the bill arrives. We had a five-course meal, John had expensive tequila, and the bill was $110. That’s the nice part about the current $20-to-$1 exchange rate for the peso.

Unfortunately, we only had two days in Polanco on this trip. The rest of our business was in Jalisco, a coastal state northwest of Mexico City.

It’s easy to get around domestically in Mexico. The Mexico City airport is giant. If you arrive late or leave early, try the NH Hotel in Terminal 2. It’s an unlikely architectural airport hotel. 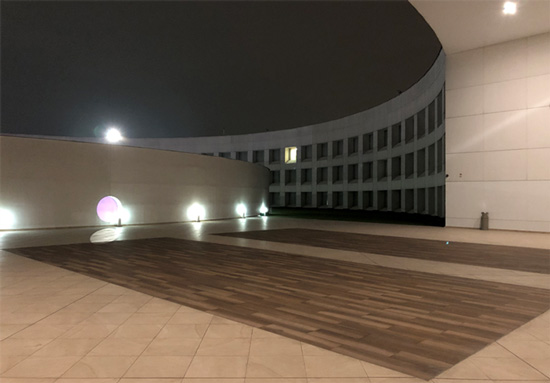 We caught an early morning flight out to Guadalajara in Jalisco state.

The next part of the trip turned into a gauntlet, which included a retired IRS agent (with a badge) and an intoxicated stowaway both in our rented pickup truck.

The good news is, John’s investment is in prime condition. We’ll tell you about the whole experience in Monday’s edition of Casey Daily Dispatch.

P.S. I’ll be at the second annual Legacy Investment Summit in Southern California from September 23-25. I’d love to meet you, chat about investments and traveling, and have cocktails.

There’s still a little time for Dispatch readers to get in at the discounted rate… but don’t delay.

Do you enjoy reading E.B.’s “Notes from the Battlefield?” Would you like to hear more stories like this one? Let us know at [email protected].

E.B. says that any day now, China will open the largest factory in world history.

When Tesla opened its $5 billion battery factory – called the “Gigafactory” – prices of one critical metal spiked immediately. And companies that mine this metal saw their shares surge as high as 4,066%.

Now, China is on the verge of opening a battery factory 50 times larger than Tesla’s. How much higher could it send the price of this metal – and shares of the companies that mine them? Go here to find out. 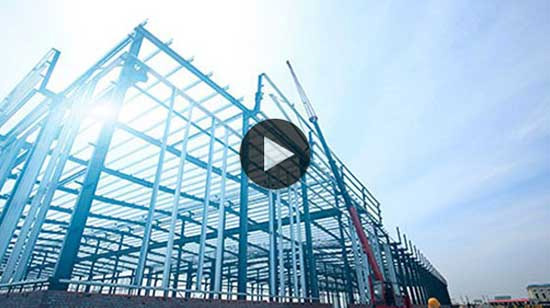