Cameco, as you may know, is the world’s biggest publicly traded uranium producer.

Last November, it suspended operations at its flagship McArthur River Mine and Key Lake Mill complex. The shutdown went into effect in January. It was supposed to last 10 months.

It was a major announcement, as I explained at the time.

You see, the shutdown was poised to remove 13.7 million pounds of uranium production from the global supply—about 9% of production worldwide.

Cameco did this because uranium prices were so low that it couldn’t turn a profit. But idling McArthur for 10 months wasn’t long enough.

• This past Wednesday, Cameco said it would keep McArthur offline indefinitely…

It did so because uranium prices are still too low. Here’s a statement from the company:

After seven-and-a-half years of declining commodity prices, we had to take strong action.

Cameco will lay off about 550 workers at the facility as a result. It will also terminate 150 positions at its corporate headquarters.

Now, I realize this sounds like bad news for Cameco. But you’ve got to understand why it did this.

• The price of uranium is still too low…

It’s so low that about 75% of the world’s uranium is being produced at a loss. And yes, that includes world-class producers like Cameco.

So it will keep McArthur offline until it becomes profitable to mine uranium there again. In short, it did the right thing.

But this announcement isn’t just good for Cameco. It’s bullish for the entire sector.

You see, the world has too much uranium right now. This huge oversupply has kept a lid on the price of uranium and uranium stocks.

Shutting down McArthur will help bring the uranium market back in balance.

But Cameco didn’t just cut production. It also plans to buy 10 million pounds of uranium on the spot market. It’s doing this because it has contracts that it still needs to deliver on.

In short, Cameco’s going to take a ton of uranium off the market, which is exactly what the sector needs.

It’s now trading at its highest price since December.

Uranium stocks also rallied on the news. The Global X Uranium ETF (URA), which invests in a basket of uranium stocks, jumped 4.4% on Thursday.

That’s a big one-day gain. But uranium stocks should head even higher.

After all, it’s not like this is the only good news to come out of the uranium market lately.

• In short, the “smart money” is piling into uranium…

Yellow Cake is a perfect example of this.

Yellow Cake is a brand-new company. It was started by a group of elite investment bankers.

It plans to buy 8.1 million pounds of uranium with this money… about 5% of the world’s production.

• Yellow Cake has no intention of ever using this uranium…

Instead, it’s going to buy this uranium… and sit on it. It’s doing this because it says uranium is “fundamentally and structurally mispriced.”

Now, I know people have been saying that about uranium for years. But the people behind Yellow Cake are the real deal.

Andre Liebenberg, Yellow Cake’s CEO, is no slouch either. He has more than two decades of experience in equity and investment banking. Most recently, he served as Chief Financial Officer of QKR Corporation, a global mining company.

• These aren’t people you want to bet against…

This is especially true when they’re backing up the truck on one asset… like they’re doing with uranium right now.

This tells me uranium prices won’t stay low for much longer. So consider speculating on uranium stocks if you haven’t yet.

You can easily do this with URA. This fund allows you to bet on a basket of uranium stocks, which is less risky than buying individual stocks.

If you can’t handle that volatility, you should stay on the sidelines. And if you’re willing to speculate, don’t bet more money than you can afford to lose. Use stop losses. You may even want to trim your positions once you’re sitting on big profits.

P.S. I also encourage you to read this essay of mine. In it, I tell you why domestic uranium producers stand to benefit the most in this environment.

Today, a reader responds to John Hunt’s essay on why college is dangerous…

I have a few questions for Mr. Hunt in regards to his article on college being largely a waste of money: Will companies hire a person with the courses he recommends? Has he asked any companies? Does he know why millionaires and billionaires continue to support the college education system through charitable donations to the schools as well as through political campaigns of status quo politicians? This is really the big question. We have the system we have because of billionaires. They have the most influence.

Is This Trump’s Promised Infrastructure Boom?

The president did something very unusual in January. The media didn’t understand it… even members of the Trump administration seemed perplexed. 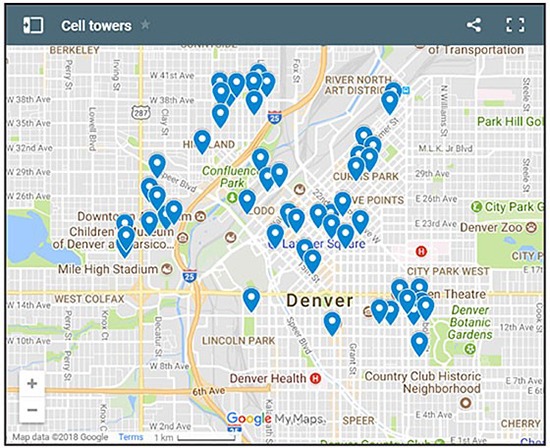