Tesla’s stock could soon fall off a cliff.

And when I say “soon,” I mean Tesla could crash just 24 hours from now. That’s because the electric car maker will share its second-quarter results tomorrow after the closing bell.

When it does, I believe shareholders will be disappointed.

Of course, I’ve been saying that Tesla could plummet since August 2017. Since then, the stock’s dropped 18%.

That’s a big decline. But the worst is yet to come. And I can say this with confidence for a simple reason.

• Elon Musk is getting desperate…

Musk is the founder and CEO of Tesla. Many people also consider him to be a genius.

For one, he’s publicly lashed out at critics and short sellers (people betting against Tesla’s stock).

But that’s not the only reason I’m bearish on Tesla.

• Musk is now begging his suppliers for money…

The Wall Street Journal broke the story on July 22:

The Silicon Valley electric-car company said it is asking its suppliers for cash back to help it become profitable, according to a memo reviewed by The Wall Street Journal that was sent to a supplier last week. Tesla requested the supplier return what it calls a meaningful amount of money of its payments since 2016, according to the memo.

You see, Tesla hasn’t booked an annual profit in its 15-year history.

In other words, I think Tesla is asking its suppliers for help because its problems are becoming too big to hide.

• Of course, this is just the latest in a string of red flags for Tesla…

Tesla’s executives have also been jumping ship at an alarming rate.

And a few weeks ago, he decided to leave the company for good, too.

Last Tuesday, the cost of insuring $100 of debt hit $6.58, according to Business Insider. That’s the second-highest premium ever.

This is a major warning sign… and a lot of people think Tesla will go out of business.

Just so you know, we’re not talking about “dumb money” here. We’re talking about major institutional investors. That’s who makes up the bond market.

Because of this, bonds often signal danger before you see it in a company’s share price.

That’s why I think it’s only a matter of time before Tesla’s problems catch up with it… And I’m not alone.

If the name Eisman rings a bell, it’s because he is one of the few big-time investors who saw the last U.S. housing crisis coming.

He made a huge bet that housing prices would fall. When they did, his hedge fund made more than $1 billion. Actor Steve Carell played Mark Baum—a character based on Eisman—in the popular film The Big Short.

“The company has lost an enormous number of executives over the last two years,” Eisman said of Tesla on Friday. Referring to Musk, he said “we’ll see—maybe he pulls a rabbit out of the hat and gets the company going better. So far, the jury’s out.”

Eisman isn’t the only Wall Street legend betting against Tesla, either.

• Jim Chanos is shorting Tesla, too…

Chanos is another legendary investor. He made a fortune shorting Enron in 2001. In April, he said that “Tesla investors are paying money to lose money.”

Now, you’re probably wondering why Tesla’s stock isn’t down a lot more at this point. After all, it seems like an obvious short…

• But Tesla’s shareholders are dreamers…

They overlook all these red flags because of Musk and his grand ambitions.

But a genius can only take a company so far. Sooner or later, the company must execute. And Tesla hasn’t done that yet.

So, I’ll repeat what I’ve been saying over the past year: Avoid Tesla at all costs.

P.S. Right now, Tesla is the last place you want to put your money. But that doesn’t mean the electric vehicle (EV) revolution is over. As I’ve shown you, the EV industry is set to get 27 times bigger over the next decade. And to play it, you should consider speculating on commodities. Commodities are incredibly cheap. They’re also a much safer way to bet on the EV revolution than Tesla.

And now is the perfect time to get in. Strategic Investor editor E.B. Tucker just released a new video that explains how we’re entering the “Third Power Shift”…

In short, the biggest power shift in the last 100 years is happening now. And it’s creating a tipping point in the next generation of energy metals. If you know where to put your money ahead of time, you could see once-in-a-lifetime gains. Click here to watch this important presentation…

Today, lots of feedback on our recent interview with Doug Casey on Donald Trumps’ presidency so far…

Interesting and entertaining perspective on the state of affairs. I don’t pretend to know, but it’s exactly how I see things, maybe that’s why I found it so entertaining.

I was very sorry to read what you have to say about Trump. Too bad you wandered into politics. Try keeping your writings about making money. Now I have no faith in what you say.

I completely disagree with your opinion of Trump. He will be impeached or indicted. I could go on and on about all the disgusting things about him, but he’s not worth my time.

Doug, I thought you were smart and informed. Trump has a vast knowledge of the world and history and in his private life has spent about four hours a day reading about such things. (I bet he has read more books, by a long shot, than you ever thought of reading!) He is way more knowledgeable than any other 10 presidents combined. Do your homework on this one. You usually are very close to being right, but about Trump, I think you missed the mark.

And a reader responds to E.B. Tucker’s essay on why solar power will send the price of silver soaring…

All I can say is that the bottom has fallen out of the solar market in China (the biggest producer) and the latest panels are not using so much silver and indeed some new ones do not need it at all. There is also a surplus at the moment; heard of any industrial users unable to get supplies? Silver miners are increasing production into an overloaded market, despite manipulated markets suppressing the price. Maybe things will change five to 10 years hence.

Your Last Chance to Get 95% Off Everything Casey Research Publishes…

Time’s running out, but you still have a rare opportunity to get all of our money-making research—every single issue, alert and recommendation… plus much more—for 95% off.

This offer ends tonight at midnight, so click here to take advantage while you still can. 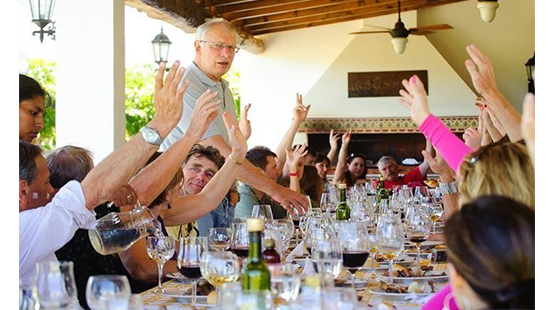