“Is that one of those electric cars? I’ve never seen one before!”

Willy was curious. He wanted to know all about the Tesla Model 3 my colleague Dave Forest and I drove from Miami to San Diego earlier this year. 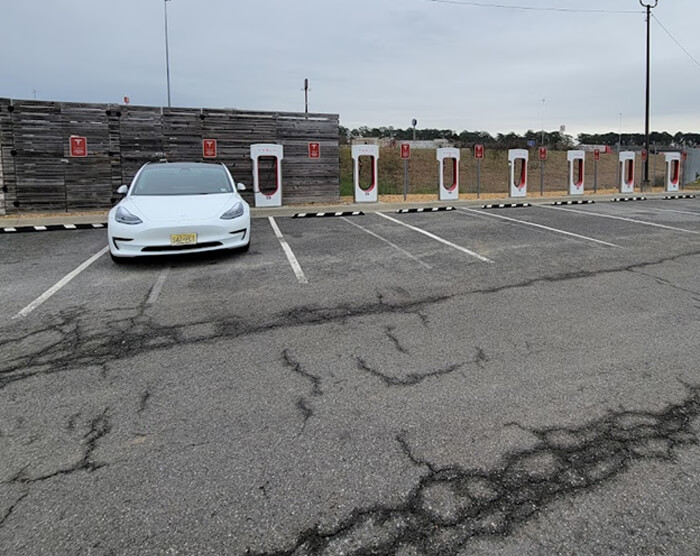 Plugged in at a Tesla Supercharging Station

In fact, Willy admitted he had no idea they were for charging the car. He thought they were machines to pump your tires with air.

So after charging up, we hit the road. Along the way, we stopped in some iconic places. Bourbon Street in New Orleans. The Alamo. 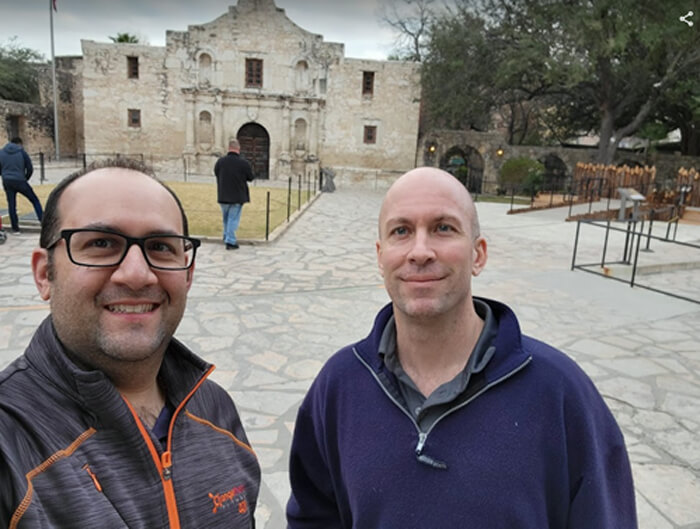 Dave and John at The Alamo

We even stopped by Tesla Giga Texas just outside Austin, TX. 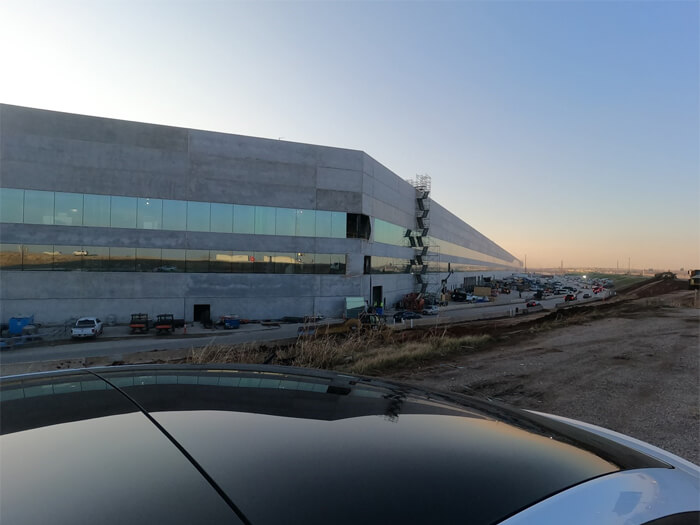 Then, after a brush with Tesla security, we dined at the world-famous Terry Black’s Barbecue in Austin. 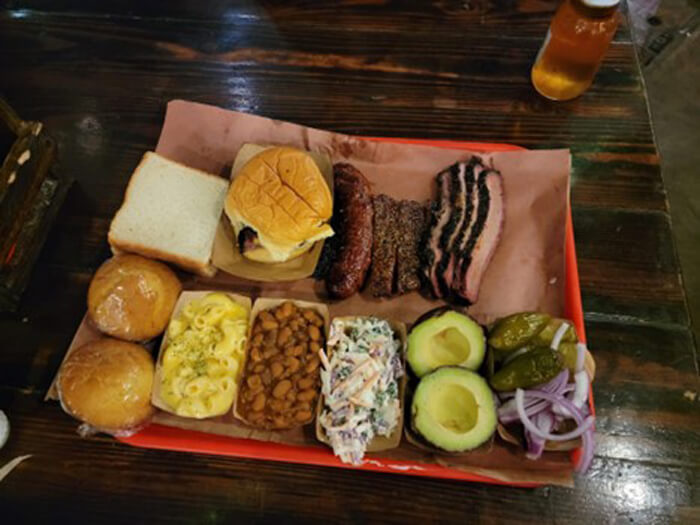 And what we discussed there could mean the difference between making bank or going bankrupt.

Readers of our premium services know we don’t always play a trend directly. Sometimes, you need to think outside the box.

That’s where pick-and-shovel companies come into play. These are the companies that tend to supply the major, brand-name players of a trend. They don’t actually make the products consumers tend to buy and use. They make the products that go into things we all need every day, like vehicles and mobile devices.

As an example, we’ve followed the massive 5G trend for some time. It’s one of the biggest investment opportunities we’ve seen in the past decade.

But rather than play the trend by recommending a large telecom operator like Verizon or a device maker like Apple, we’ve looked for opportunities in names you wouldn’t recognize. Or in companies that investors have completely overlooked.

It’s paid off for our readers.

For instance, we recommended shares of a little-known company called Aviat Networks (AVNW). The company makes equipment that helps our wireless networks function. 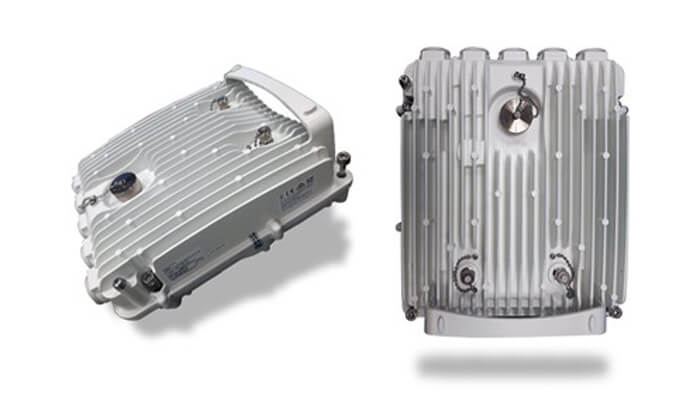 Readers who took our advice cashed out with about a 270% gain in about 18 months.

It’s the perfect example of a company most people don’t know exists.

Not to be outdone, we found another opportunity in a place most investors overlooked when it came to the 5G buildout: heavy rental equipment.

When you think of 5G, you probably tend to think of devices like your smartphone or tablet. You almost never think about what it takes to actually construct that network.

Which is why we recommended a little-known company called Custom Truck One Source (CTOS). It was a dark-horse play on the 5G buildout. The company provides things like aerial lifts to install equipment made by companies like Aviat. 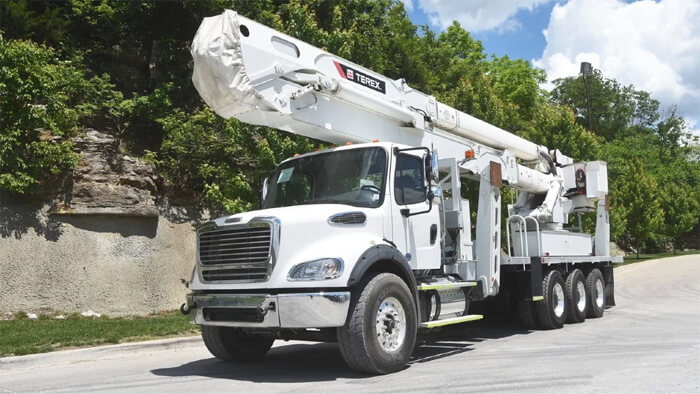 In a little over four months, we took out over 600% gains on the position.

Over the same period, Verizon returned only 10%. Apple was up only 27%.

That may not always be the case. But the point is, there are better ways to play a massive trend. And we’re seeing similar opportunities developing in the growing EV space today.

Big names like Tesla, Rivian, or Ford make all the headlines. And it’s for a good reason. 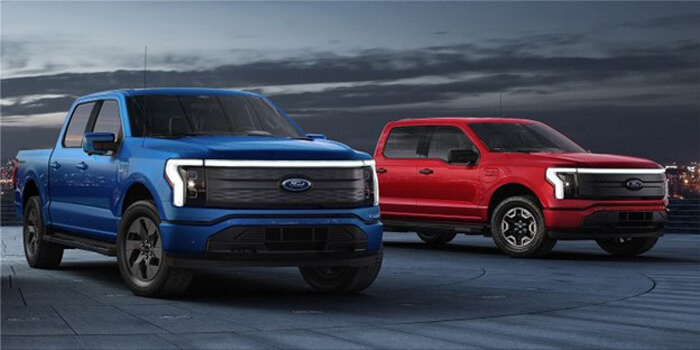 Major auto manufacturers are announcing new EV plans almost every day. And every announcement, like when Ford revealed its new F-150 Lightning pickup, is great for business.

In fact, the F-150 got so much attention, Ford racked up 200,000 pre-orders in just a few months. That blew away company expectations of selling 20,000 per year. So they had to close the order book and find a way to ramp up production.

According to Bloomberg New Energy Finance, about 30 million new EVs are set to hit roads by the end of the decade. What all of these EVs need isn’t just a driver…

This Is How to Play the EV Trend

They need parts. They need a place to charge. And they need the raw materials to make everything work.

But the problem with trying to pick winners among the EV makers is that what’s popular today may not be tomorrow. That’s why we like to focus on the picks and shovels of the industry.

In some cases, that could be a company supplying raw materials like lithium, critical for EV batteries. In fact, readers of Strategic Investor already cashed in on the lithium boom. We recommended three lithium mining companies that went on to 194%, 283% and 385% gains.

But we haven’t stopped there. That’s because the opportunities in the EV space aren’t just with mining companies. They’re in old-world businesses with rich histories that are transforming to keep up with the changing times.

They don’t want to be the buggy-whip makers of their day.

And the best part is these companies have a chance to win no matter what the EV flavor of the day is.

The writing is on the wall: EVs are here to stay. There are a number of ways to profit from that trend. And for our money, the pick-and-shovel plays may just be your best bet.

P.S. Today’s market is one of the toughest we’ve seen in decades. Picking potential winners in this type of market is difficult. Especially in a massive trend like EVs.

The good news is you don’t have to do it alone. In fact, my colleague Dave Forest recently released a briefing on one of our favorite ways to play the EV trend. Best of all, it’s in the very type of pick-and-shovel plays I mentioned above.

You can check it out here.