It was one of my most shocking experiences.

This event altered the way I think about investing, and wealth in general.

It helped me find massive, life-changing – yet surprisingly overlooked – opportunities.

I used to think wealth had to be created. Through hard work, luck, or sheer ruthlessness. But then I learned: the world’s biggest riches aren’t created… they’re discovered.

So today, I want to share this incredible wealth formula with you.

But be warned: there might not be much time left to act.

And if we don’t take advantage of this “Super Spike window,” we’ll be missing out on a generational opportunity.

But first, back to that shocking experience I mentioned… 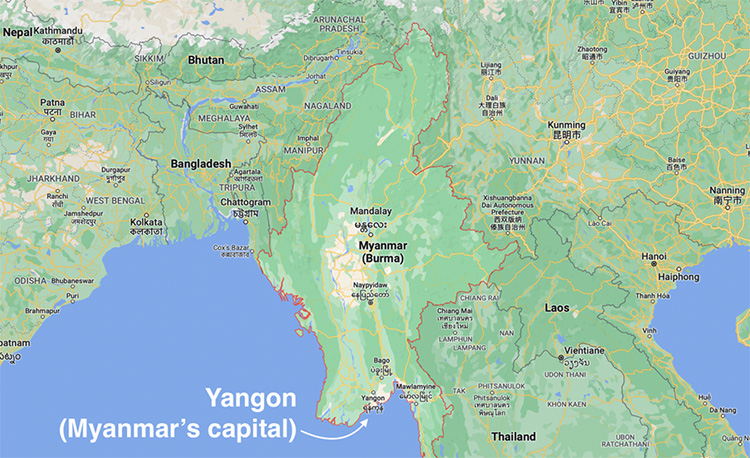 In 2010, I founded a minerals company in Myanmar. It was a country on the verge of opening up after decades of isolation.

My company seized the opportunity. We became the first Western firm granted a large-scale minerals license.

Afterward, I spent a lot of time traveling around the country searching for investment opportunities.

Shocking Wealth in a Myanmar Desert

On one occasion, I was driving to a site in Myanmar’s northern deserts. We’d left the capital city of Yangon and headed north.

It was a long slog. Miles went from hundreds to thousands.

Civilization gradually faded. We passed through cities and towns. Soon, the scenery was nothing but villages with wooden huts.

Then, there was nothing at all. As we continued up the dirt road to the mine, a few lean-tos were the only signs of life. People barely holding on for survival.

Then… something incredible happened.

I spotted a Land Rover.

A towering mansion loomed into view. Luxury vehicles surrounded it.

Beside it sat another mansion. Brand new construction, swanky design. More Land Rovers and other luxury cars dotted the driveway.

Driving on, we found a whole town of upscale homes. It was like coming out of the Nevada desert and stumbling on Tahoe – but with more golden Buddhist temples like this one. 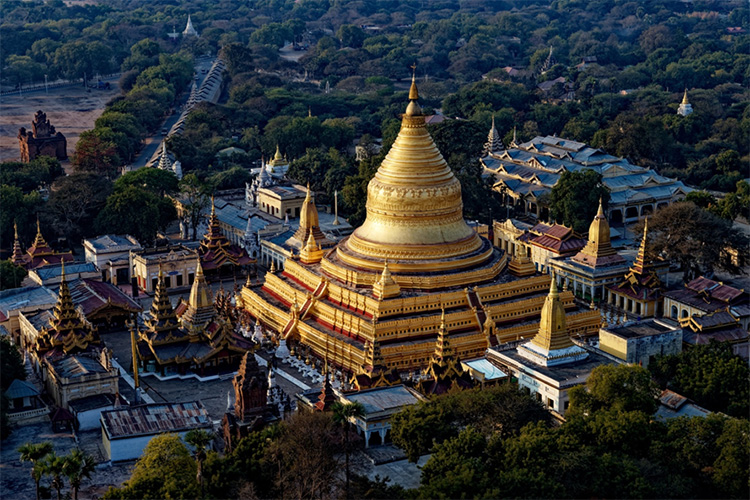 At first, I thought it might be drug money. There are opium traffickers abound in the outlands of Southeast Asia. It looked like that kind of opulent wealth.

But it wasn’t drugs at all. As we reached the other end of town, we found the real source of the town’s incredible riches.

Turning onto a dirt road, we passed a large pit. The diggings ran hundreds of feet deep into the sand at the edge of town. Massive piles of dirt sat beside the pit.

We passed another pit. Then another. These workings dotted the plain as far as the eye could see.

These villagers had stumbled on paydirt. They got rich from the gold, copper, and other minerals in their backyard. Instead of squalor, they lived in splendor.

Because these people found the right piece of ground and dug up the valuable minerals, they drove the same cars as people do on Rodeo Drive.

That’s the incredible thing about minerals. They’re out there, for anyone – anyone – to discover.

Mineral Riches Are Waiting to Be Discovered

Name any of the world’s most valuable commodities: gold, copper, battery metals such as nickel and lithium, platinum, oil, natural gas, fertilizers, even gravel.

Right now, across America, there are untold riches of all these things. They’re lurking just below the surface, from the Carolinas to California.

And it’s not just here at home. Around the world, there are riches waiting to be discovered. It’s more like California to Cambodia.

That gives us a lot of room to look for life-changing opportunities.

All it takes to get rich is going to the right places. Just like the fortunate villagers I saw in Myanmar.

You might not believe making millions could be that easy.

But I’m here to tell you… it is. Wealth creation in hard assets can be quick and massive.

I know this personally. During COVID, I had some time on my hands. So I traveled solo to the wilds of Nevada.

With a little research, I uncovered a forgotten treasure of silver, gold, copper, lead, and zinc. I staked the ground for less than $15,000.

Just a few months later, I sold it to a mining company. For well over $1 million.

My investment multiplied 66 times in under a year.

Just for comparison… it took the S&P 500, a broad market index, almost 50 years to deliver the same return.

That win was not a one-off. I’ve done this multiple times.

For example, I bought a gold deposit in Colombia, South America. It cost my partners and I about $2.5 million.

We took that gold deposit public. At the peak, the stock was worth over $300 million.

120 times more than what we invested.

In hard assets, it happens all the time.

Over the past couple of months, my team and I have been working hard to put together a strategy to help everyday investors – like you – access these types of gains from Super Spikes.

And I’m proud to say, we’ve cracked it. I’m preparing the big reveal for Wednesday, June 8th at 8 p.m. ET.

Be sure to put it on your calendars.