The next big thing.

We all dream of finding it.

And why wouldn’t we? Investing in the next big thing can deliver massive gains.

Just think about how much money early investors in bitcoin, legal cannabis, and companies like Amazon made.

Many turned just a few thousand dollars into million-dollar fortunes.

Of course, most investors missed these opportunities. That’s because investing in these assets during their early stages was seen as taboo… even a little weird.

So they stayed on the sidelines.

The good news is that a similar opportunity is staring us in the face… according to our own E.B. Tucker.

That’s right. E.B. Tucker thinks he’s found the next big thing. Not only that, he’s identified a low-risk, high-reward way to cash in on this mega trend.

I’ll get to exactly what that opportunity is in a minute. But I should first tell you why it pays to listen to E.B.

It doesn’t matter the industry or even the asset class.

For example, in early 2009, he realized that the U.S. housing bust would create a generation of renters. He raised money and bought a large portfolio of single-family rental houses at rock-bottom prices… as low as 10 cents on the dollar.

In 2017, he was able to exploit the massive trend in cryptocurrencies… making an astonishing 15,000% in profits on a blockchain mining deal.

E.B. was also among the very first to predict the cannabis rally. He recommended arguably three of the best stocks to own during the mania, with one of the picks soaring as high as 480%.

That’s what makes E.B. special. He’ll look anywhere and everywhere for profit opportunities. And he believes the next big opportunity is in an area most investors know nothing about.

Esports are exactly what they sound like. They’re electronic sports… or more simply, video games. They involve competitive tournaments, especially among professional gamers.

Now, I know many people see video games as nothing more than a hobby.

But some people have quit their regular jobs to play video games full-time.

Now, it’s easy to scoff at this decision. But you must understand something. The best esports players are raking in dough.

But that’s not even the craziest part.

• Millions of people tune in to watch these video game matches…

Esports revenue is expected to top $1 billion this year. That’s up five times from 2014.

In fact, about 200 million people tuned in to watch the final match of the League of Legends World Championship in 2018 – a major esports tournament. That’s double the estimated 98.2 million people who watched this year’s Super Bowl.

And about 23,000 people showed up to watch the League of Legends match in person. Tickets to the event sold out in just eight seconds.

Keep in mind, League of Legends isn’t even the most popular esports game. That honor goes to Fortnite – a game that doled out $100 million in prize money last year. This year, it’s expected to pay out another $100 million.

• This speaks volumes to the popularity of esports…

And it’s still very much the early days.

In fact, E.B. says, “Esports today is about where baseball was 100 years ago.”

But, unlike baseball, esports won’t take decades to become a cultural phenomenon. It should go mainstream within a few years.

And there’s a simple reason for this: the internet. More from E.B.:

Baseball wasn’t new a century ago, but interest in it was just becoming widespread. And radio broadcasts were a big driver of that trend. The internet is to competitive gaming what the radio was to baseball.

In short, the esports industry is on the launch pad. It’s expected to grow at an average annual rate of 30% over the next three years.

By 2022, experts predict about 645 million people will watch esports each year. That’s about 8% of today’s worldwide population.

When they present themselves, you must take advantage of them.

Of course, most investors won’t. They’ll watch this opportunity sail right by them.

But people said the same things about social media a decade ago. And practically everyone uses social media today. Many people can’t go an hour without checking their Facebook, Instagram, or Twitter. And no one finds that weird at all.

Expect the same to happen with esports. It will transition from taboo to mainstream faster than you can imagine.

• The old guard is betting on esports…

According to E.B., Dallas Cowboys owner Jerry Jones and New England Patriots owner Robert Kraft have both personally invested in the space.

Jones staked his claim in esports by purchasing the compLexity Gaming team brand. Kraft paid $20 million to own a Boston-based team in video game maker Activision Blizzard’s Overwatch League prior to its launch last year.

In other words, Jones and Kraft have plenty of money. And yet, they’re betting on this strange new sport.

That tells me both Jones and Kraft see esports stealing eyeballs from traditional sports in the years to come.

But it’s not just high-profile NFL owners. NBA legends Michael Jordan, Shaquille O’Neal, and Magic Johnson see massive potential and have invested money in the burgeoning industry. Same with other big-name celebrities, such as Ashton Kutcher, Drake, and Tony Robbins.

That’s not something we can afford to ignore.

Of course, the average investor doesn’t know where to begin with esports.

E.B. and his team have been researching esports longer than anyone I know… and not just from the comfort of their desks.

They’ve gone to the front lines of the esports boom. Here’s a photograph of John Pangere, E.B.’s lead analyst, at a recent esports competition in Los Angeles. 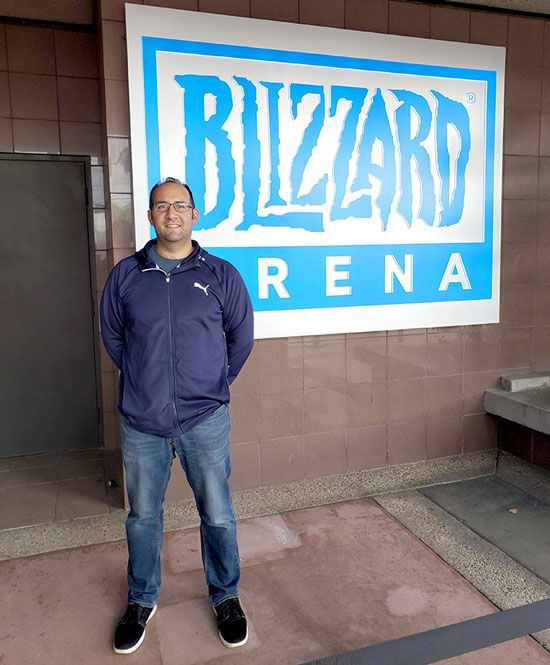 John also recently visited an esports arena at the Luxor Hotel and Casino in Las Vegas. 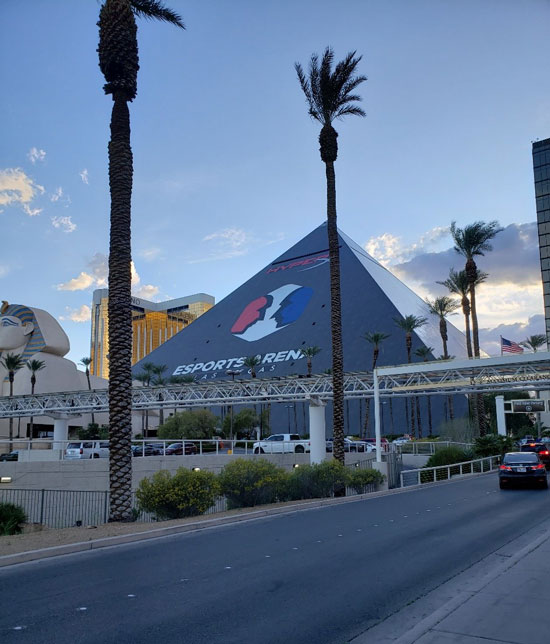 • This “boots on the ground” research has paid off…

I say this because E.B.’s found a unique way to profit off this mega trend.

In short, he’s bet on a company that owns esports arenas as well as its own esports team.

And that’s not even the most interesting part. You see, E.B. didn’t tell his readers to buy this company’s stock outright.

Instead, he found a backdoor way to invest in this incredibly promising business. This unique strategy offers unlimited upside with little downside risk. It’s the sort of investment that E.B. focuses exclusively on in his new venture, Strategic Trader.

But don’t worry. This opportunity isn’t reserved for sophisticated investors only.

• Anyone can get a piece of the action…

That’s because it’s as easy as buying a share of common stock.

Unfortunately, that’s about all I can say about this today. But you can learn much more about this opportunity with a subscription to Strategic Trader. By signing up, you’ll also get all the details on E.B.’s unique and explosive way to profit off esports.

I began investing in cannabis stocks nearly three years ago and have had mixed results. The results have been good enough for me to continue on the path that I’m currently following. I believe that my future is secure with the investments I have accumulated over the years, so that I can continue on my retirement path.

I think it’s great. One, we can let American workers have new jobs instead of importing 700 million from other countries.

Two, there are other jobs that will be created with hemp. I’ll bet it will help reduce imports in other areas and help American families and legal immigrants have these jobs. Best wishes.

And another reader appreciates founder Doug Casey’s recent insights on why the left hates nuclear power:

Great piece, Doug, though I doubt it’ll change too many minds when it comes to nuclear power generation, though nuclear is clearly the safest, cleanest, and most environmentally friendly power generation source known to man.

I guess that’s just one price we pay for living in a democratic republic with a relatively weak educational system.

Always look forward to and enjoy your columns. BTW, you’re just one of a couple of other commentators I bother responding to. Best.

You may have heard that initial public offerings (IPOs) are set to explode this year, with strong companies like Uber, Lyft, and Airbnb shaking up the markets by going public. But most people don’t realize that these sky-high IPOs can often turn into a trap for investors… unless you know the right way to play them.

Our good friend Nick Rokke, analyst for The Palm Beach Daily, just wrote about this idea… and showed his readers the No. 1 way to handle the imminent rush of IPOs this year. Check out his essay right here.

And if you’d like to hear some of the world’s best wealth-building strategies – every single day – you can sign up for The Palm Beach Daily with one click here. It’s the perfect complement to the Dispatch. 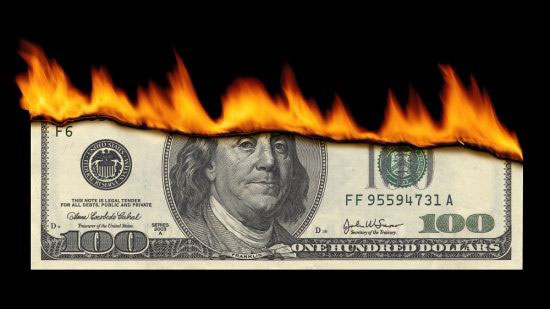