By 2030, auto executives expect 52% of new vehicle sales to be all-electric.

The problem is, we need more EV charging stations… but there’s something under-the-radar developing to address this issue.

As a technology that’s still in the works, it spells opportunity for investors.

Here’s Nomi Prins with all the details…

That’s right. Soon, electric car owners won’t even have to plug their vehicle in to charge it. They’ll just drive up, park, and catch up on emails or sleep while the battery charges.

You won’t hear much about this on the mainstream news. And yet it promises to make early investors a lot of money.

So today, let’s take a look at the major trends driving this industry forward…

The Gas Station With No Gas

Right now, the U.S. government and major automakers are jumping on the EV trend.

It’s part of President Biden’s aim to make the U.S. economy net zero emissions by 2050. This will involve a shift from traditional oil and gas-based energy to energy produced by renewable sources.

Now, that doesn’t mean traditional energy is going away – far from it.

But as always, I’m following the money for you. And a lot of it is flowing into EVs…

By 2030, auto executives expect 52% of new vehicle sales to be all-electric. Meanwhile, President Biden’s administration has vowed to make 50% of all vehicles sold in the U.S. “zero-emissions” by then.

All told, EV sales are expected to increase 23x by 2040. You can see this growth in the chart below… 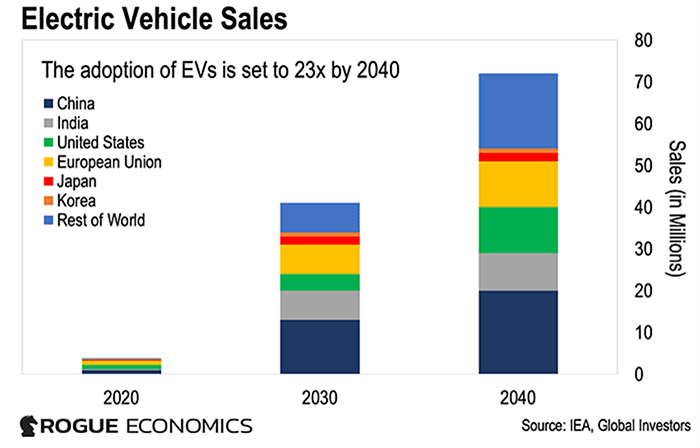 All these new EVs will need access to one thing: quick and easy charging. And that’s where electric charging stations come in.

I actually visited one of these during a recent trip to Takoma Park, Maryland. It’s the first gas station in America where you can no longer pump gasoline. 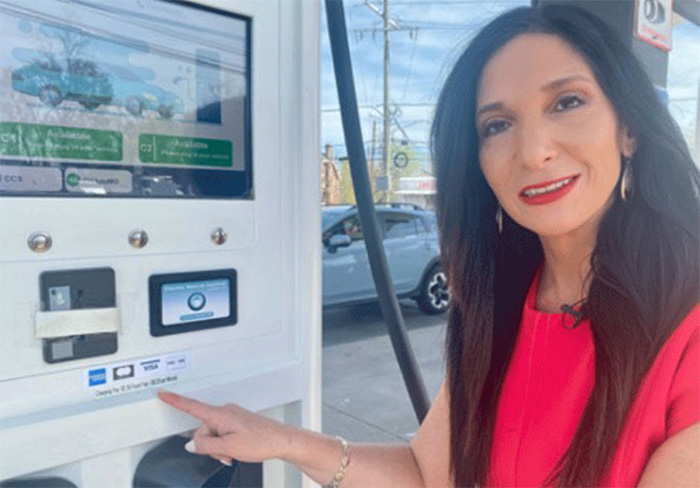 Nomi at what used to be a gas pump in Takoma Park, Maryland

The U.S. government wants to roll out 500,000 of these new stations across the country. Its goal is to install charging stations at least every 50 miles on certain routes, mostly on interstate highways.

And to ensure this happens, Washington is throwing everything it’s got.

It’s launching a half-a-trillion-dollar bazooka in federal funds to get these 500,000 stations in every town and city, coast to coast.

For investors, regardless of whether you own an EV or not, it’s one of the biggest stories and opportunities I see unmentioned.

But that’s only one part of the story. As I mentioned, there is also big money to be made in the next evolution of EV charging: wireless charging.

When wireless charging for phones first came out 10 years ago, I was blown away.

Never in my wildest dreams did I imagine the same thing would happen for electric cars. But today, there are companies working to make it a reality.

The first person to think up wireless transmission of energy was Serbian-American inventor Nikola Tesla. That was a century ago.

Tesla’s ambition was to make electricity free for everyone. He even had working prototypes for this technology.

But American financier J.P. Morgan shot the idea down. He asked, “Where does the meter go?”

Morgan had no interest in funding a program that could not create observable cash flows. That killed off the technology… until recently.

Today, wireless technology is being commercialized at scale. And as the market expands, early investors stand to reap the biggest profits.

Now, you may be wondering: How exactly do you “fuel up” an electric car with wireless tech?

The most common form of wireless charging works through something called magnetic resonance. You can see how this works in the graphic below. 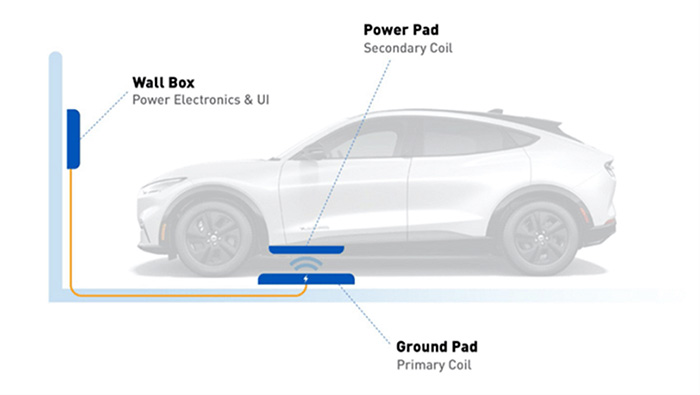 When objects of the same frequency are placed close to one another, the energy produced can be transferred from one to the other.

In the past, we could only transfer low quantities of power. Today, it’s possible to transfer enough power for cars and large pieces of machinery.

The global wireless charging market for EVs is on pace to hit $377 million by 2027. That’s up from $15 million in 2022, according to market research firm Research and Markets.

Wireless EV charging has not been deployed on a large scale yet. But for investors, that spells opportunity.

For instance, EV carmaker Tesla has reportedly partnered with Wave.

Tesla, as you may know, is the leader in electric vehicles. Wave develops and manufactures wireless power transfer tech for electric buses.

Tesla and Wave are said to be working together to fit wireless charging units to Tesla’s semi-truck prototype, the Tesla Semi.

The plan is to have a big primary coil embedded into the road. That coil could send power to a plate that can be up to 10 inches away from the vehicle.

To accomplish this, Wave developed a 1-megawatt charging capability. That would provide quick charging for the Tesla Semi’s massive batteries.

They aim to place charging plates on busy transit corridors for all kinds of trucks, buses, and semis.

Wave’s wireless charging system can be installed in parking lots or directly on roadways. This kind of technology is called in-road charging.

As the name implies, in-road charging means vehicles can charge while driving. The charging technology is embedded in the road. The graphic below gives you an idea of how it works. 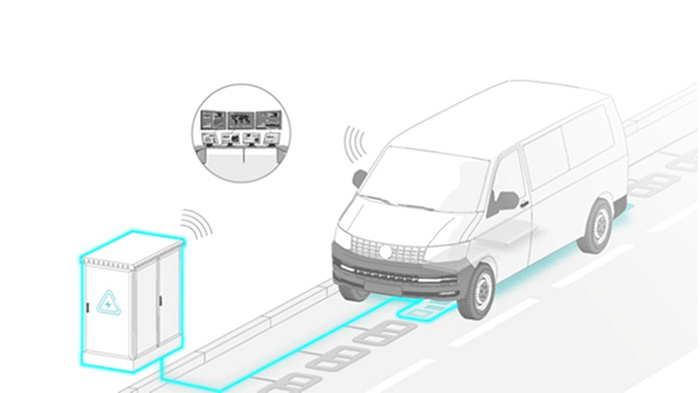 But Wave and Tesla aren’t the only ones working on this kind of technology.

One of the up-and-coming companies working on in-road charging is Israel’s ElectReon. It built the first test route with in-road wireless chargers in Israel in 2020. It was called the Electric Road System.

Then, in February 2022, it agreed to build a mile-long project in Michigan. It will be the first wireless charging road in the U.S. for both stationary and moving vehicles.

The main attraction of constant in-road charging is that batteries do not have to be as big. They would have access to power all the time. And smaller batteries mean lighter, cheaper vehicles. And lower costs.

The price tag for the one-mile road alteration in Michigan is $1.2 million. That is roughly in line with the cost of paving a standard road in the U.S.

And, as is often the case with new technologies, we can expect that cost to come down as wireless charging becomes more common.

In fact, in the future, I expect every new road to have charging capabilities built in.

That’s why I’m putting this profit trend on your radar today.

Now, to be clear, I’m not recommending the companies I wrote about above as investment targets – at least, not yet. But I recommend keeping an eye on this trend as it evolves.

Watch for more updates from me on this as it develops.

And that means more up-and-coming companies…

To learn more about this megatrend… and one firm positioned to profit… make sure to attend my special briefing – Running on Empty Summit – next Wednesday, August 31 at 8 p.m. ET.

I’ll be delving deeply into the energy transition and what you can do to prepare your portfolio. Sign up here.