So much for a New Year’s rally.

Yesterday, U.S. stocks stumbled out of the gate.

As the day wore on, the market recovered. All three major indices closed the day in the black, albeit barely.

Those are huge one-day declines.

In short, investors were hoping for some relief. But the market’s likely headed even lower.

The good news is that there’s still time to protect your wealth. I’ll show you how to “get defensive” in a second.

But let’s look at the first bearish indicator: the banking sector…

• Bank stocks are taking a beating…

Just look at this chart of the SPDR S&P Regional Banking ETF (KRE). This ETF invests in more than 100 regional banks. 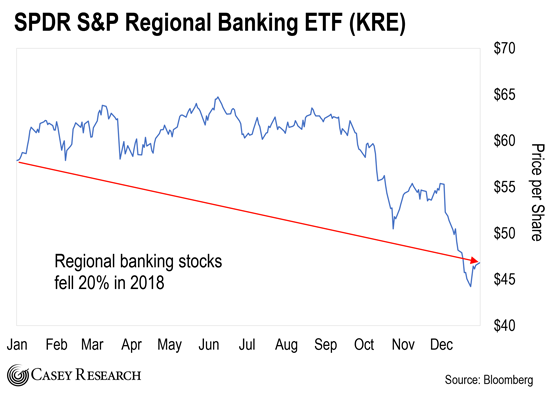 That’s a problem, and not just for people who own regional bank stocks.

• Banks make loans to all sorts of businesses…

They’re highly exposed to the overall health of the economy.

Banks (and their shares) tend to do well when the economy is booming. When the economy starts to weaken, the opposite happens. Banks suffer because loans dry up and borrowers struggle to pay off their debts.

That’s why many smart people see bank stocks as a “canary in the coal mine” for the overall economy and stock market.

But here’s the thing. It’s not just small, regional banks that are hurting.

I’m not talking about small declines, either.

But it gets worse…

• European bank stocks are crashing, too…

This is clearly not good news for Europe.

And if Europe’s economy runs into serious trouble, those problems wouldn’t stay in a vacuum. They’ll spread around the world… and weigh on global stocks.

Unfortunately, the sharp sell-off in bank stocks isn’t the only reason for concern.

• The credit market is signaling trouble, too…

The credit (or “bond”) market is one of the deepest, most liquid markets on the planet. The U.S. bond market, for one, is almost twice as big as the U.S. stock market.

The credit market is also dominated by big financial institutions. It’s where the big boys play.

Because of this, you often see trouble in the credit market before it appears in stocks.

And regular readers know that we’ve seen major weakness in the credit market lately. If you’re new to the Dispatch, you can catch up here and here.

But I didn’t write this essay to repeat what I’ve already said. I wrote it because the credit market continues to flash new danger.

This chart shows how much money flowed into high-yield bond funds last year. High-yield (or “junk”) bonds are bonds issued to companies with poor credit.

They’re riskier than bonds issued to companies with good credit. So they pay higher interest rates. 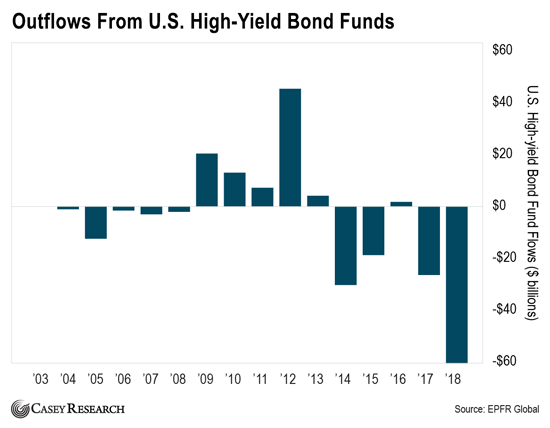 This tells us that appetite for risky bonds is drying up. That doesn’t bode well for U.S. stocks.

• I encourage you to take these warnings seriously…

Take precautions if you haven’t yet. Here are three ways you can do that today.

Investors who do these things will sleep much better at night. They’ll also put themselves in a position to strike when the next big buying opportunity comes around.

Dear Doug, I read your recent reading list suggestions and I pretty much agreed with everything you said, but I would like to suggest one more if I may to you and your American readers. It’s by an American writer pretty much forgotten now but whose quality of prose and intelligence has rarely been matched in my humble opinion and I’ve read a few books in my time. His name is Gene Wolfe and my pick is his seminal work of Sci/Fantasy, The Books of the New Sun. I met Mr. Wolfe at a book signing back in 1981 here in Birmingham, England. He struck me as a very polite gentleman, but his work speaks for himself. Keep up the good work and a Merry Christmas and a happy new year to you, your family, and readers. 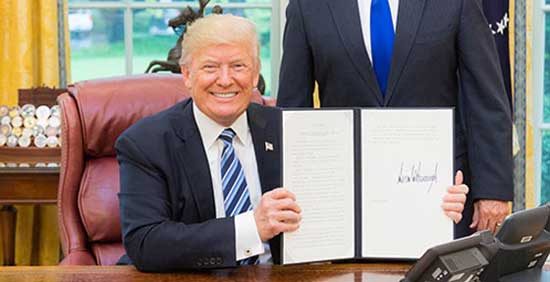