Justin’s note: Today we’re catching up with Crisis Investing chief analyst Nick Giambruno for an update on the legal cannabis market and what he sees ahead for the U.S. stock market as a whole.

As you’ll see, he recently closed some of his positions… but he says this was a tactical move in light of what he sees on the horizon.

Justin: Nick, you recently closed out a few cannabis positions. What led you to do that? Are you still bullish on cannabis?

Nick Giambruno: My fundamental views on cannabis have not changed at all. I’m still bullish on the long-term trend. In fact, the cannabis big picture gets stronger every day.

But you’re correct. I did close out some of the more speculative positions.

When a stock has more than tripled in value since you bought, it’s usually a good idea to take some profits. This is just prudent financial management. So I’d say these decisions were more tactical than strategic.

Justin: What do you mean by that?

Nick Giambruno: I closed a few cannabis positions because I see a huge storm on the horizon.

As you know, there are many economic, financial, social, political, and geopolitical crises brewing right now. There are a lot of bad things on the horizon. On top of that, the U.S. stock market is more overvalued than it’s basically been in all of history.

Further, there’s no doubt been a mania in cannabis stocks.

It’s worth noting, there are well over 200 publicly traded cannabis companies. New ones seem to be popping up each week. Others simply are adding “cannabis” or related words to their company names to tap into the green gold rush. It’s reminiscent of previous manias in crypto, uranium, and junior gold miners.

The truth is, most publicly traded cannabis companies are junk with abysmal financials. Nonetheless, many of these stocks have been soaring irrespective of their business potential.

It brings to mind Doug Casey’s astute saying that “when the wind blows even a turkey can fly.”

There are clearly some cannabis turkeys flying right now, so it seemed to be a sensible time to lock in some profits.

But I’d like to reiterate, this was a tactical move in response to changing market conditions.

I am still as bullish as ever on the big picture for the global cannabis industry.

Then there’s the currently illicit recreational market, which is worth $200 billion globally. Ultimately, this will become a new legal market.

Any one of those is a huge industry by itself. Combined, we’re talking about the emergence of a new global market that will easily be larger than the alcohol and tobacco industries… and could be larger than the soft drink industry.

Legal cannabis will create countless new categories of products, the combined market of which will easily be worth hundreds of billions of dollars in the years ahead.

Together, we’re talking about a multi-year megatrend that could disrupt over $500 billion in global markets.

It’s hard to wrap your mind around the enormity of the impact legal cannabis will have in the world. It’s a truly unprecedented situation. It’s orders of magnitude more profound than the repeal of alcohol prohibition in 1933. Alcohol use was largely just a recreational market. With cannabis there is much, much more than just the recreational market.

One prominent CEO described legal cannabis as a “once-in-a-century disruptive market transition.” It’s hard to disagree with his conclusion.

So considering where we are today, I think the legal cannabis megatrend is closer to its beginning than its end.

But it won’t be a straight shot upwards. There will be downturns. That’s why it’s a good idea to take some profits along the way.

Justin: So you didn’t close out of all your positions. Correct?

Nick Giambruno: Right. I still have nine exciting cannabis positions in my portfolio. These are “best of breed” companies in the industry. By that, I mean companies that are likely to become global industry dominators and have a sustainable competitive advantage.

Keeping in mind its ultimate potential, it’s still somewhat early days for the cannabis industry. That means there’s still plenty of opportunity for people to profit from this trend.

But today, you now need to be much more selective about the kinds of cannabis companies that you own. It’s crucially important to separate the turkeys in the cannabis space – even if the wind is blowing right now – from the real businesses that will dominate this emerging global industry as it matures.

It will be years before the various cannabis sub-industries – recreational, medical, industrial, therapeutic, accessory – become fully developed. However, today we have the chance to buy the future Coca-Cola and Philip Morris of cannabis before they emerge as the industry dominators.

Finding those companies for you is my job. And in recent months, I’ve helped subscribers make numerous triple-digit wins.

Justin: So what types of cannabis companies do you still like in this environment? Is there a particular area or niche with the most upside?

Nick Giambruno: One area where I see tremendous opportunity is in cannabis oils.

It’s not easy to produce cannabis oil with the consistent quality necessary for medical and other products with standardized dosages.

As a practical matter, just about anyone can grow a marijuana plant on his back porch. But cannabis oil extraction takes a lot more money and know-how. This isn’t something any old hippie farmer can do.

Even with the right expertise, it takes millions of dollars and possibly a year or more to even think about starting a cannabis oil extraction facility on a commercial scale.

So I’m focusing on companies in this space. I have a number of these companies in the Crisis Investing portfolio that focus on processing and extracting cannabis oil for both medical and recreational products.

Justin: Nick, are there any catalysts that you’re watching… something that could spark the next mad rush into cannabis stocks?

Nick Giambruno: I think outright federal legalization in the U.S. would be one such catalyst.

Cannabis legalization is a winning political issue. That’s why prominent politicians of both parties are jumping in front of the issue.

Today, 66% of Americans say cannabis should be totally legal. That’s the highest level of support since polling on this issue started 48 years ago.

As a point in comparison, when Canada fully legalized cannabis last year it had the support of 68% of Canadians. That puts the U.S. number (66%) within spitting distance of what it took to fully legalize in Canada.

Additionally, support for cannabis legalization in the U.S. is bipartisan. A majority of Democrats and Republicans support it.

Cannabis legalization is a winning issue. Both parties recognize that. Both are looking to plant their flag in it and push the other out.

I’d bet Trump understands which ways the political winds are blowing regarding cannabis. I doubt he’ll let the Democrats monopolize this popular issue.

That’s why I’m convinced President Trump has no choice but to legalize cannabis and will do so before he leaves office.

Remember, the U.S. is the main pillar upholding worldwide cannabis prohibition, sort of like how the Soviet Union was the main pillar of communism. Once prohibition crumbles in the U.S., it will crumble in the rest of the world faster than communism did after the Berlin Wall fell.

Justin: Thanks for taking the time to speak with me today, Nick.

Justin’s note: As Nick said, he’s as bullish as ever on the big picture for the global cannabis industry. And cannabis oil is going to be a huge part of the money-making picture for smart investors. But there are some traps to avoid when looking for the best-of-breed cannabis plays during a mania…

Go here to learn about the best ways to play this trend.

Are you positioned to profit from the cannabis megatrend? Do you think the cannabis market will be as disruptive as Nick thinks? Let us know at [email protected].

When we think of American energy… Texas, North Dakota, Alaska, Oklahoma, and California are the states that come to mind.

But that’s about to change rapidly. America has a new energy haven…

Buried in Lemhi County, Idaho, a new type of fuel can be found that most Americans are clueless about. And while this new energy story isn’t making the news yet – energy insiders are getting set to take this new fuel mainstream… 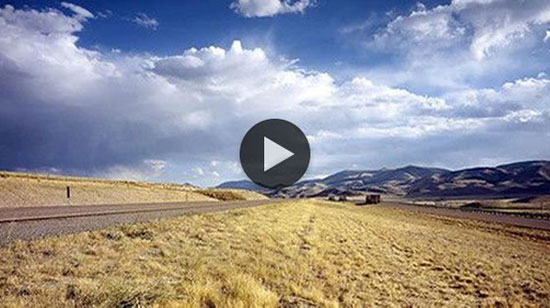