I went to the hardware store this past weekend.

I needed six light bulbs for my kitchen.

Normally, I don’t sweat stuff like that. I’d rather not be one of those who complain about how gas, food, or movie ticket prices “ain’t what they used to be.”

But the bill for my bulbs gave me a pause.

It’s not just the normal things, either. We’re used to gas prices spiking up. But today, rising prices hit all kinds of everyday things.

Like light bulbs. Or lumber. Even cars – Ford and GM recently said price jack-ups by dealers got so bad lately, they’re cutting off supplies to the worst offenders.

Many people write off these price spikes. They blame it on COVID and supply chains. They’ll tell you (somewhat desperately) it will all get better as the kinks work out.

It won’t. Let me show you why.

The Results of Rapid Money-Printing

It’s what I call “price stacking.”

We all know inflation is running rampant. The latest numbers were horrendous. In January, prices rose 7.5% – the fastest in 40 years.

That’s no surprise. Our government created $6 trillion in new dollars the past 24 months. That’s four times what they pumped out after the 2008 financial crisis.

A large money supply raises the prices for hard goods. After the 2008 cash-creation flurry, things like gold, oil, and copper all soared.

But this time around, crude took off like a rocket. As I write, it just passed $90 per barrel – well on its way to highs like we saw in 2011.

It happened much faster this time. Bigger money creation supercharged the crude market. 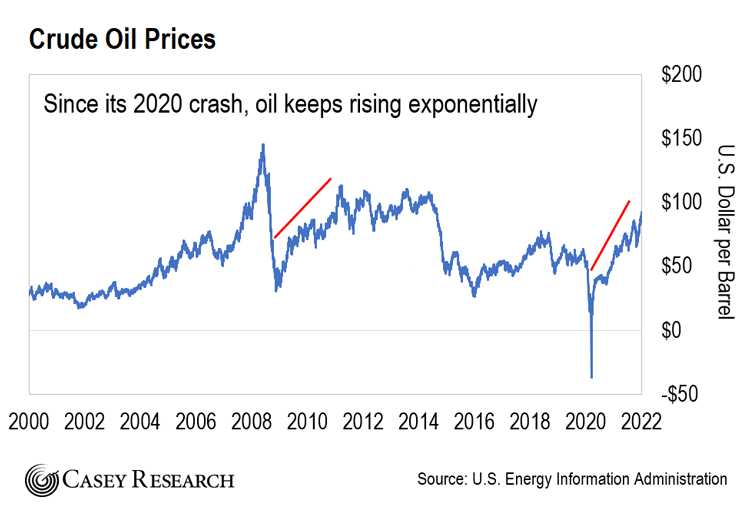 That’s wreaking havoc on prices for everything…

It takes energy to make and ship every good we use. Now, those costs are spiraling out of control.

This month, Bloomberg reported the price for shipping copper into America hit a new high. That’s a direct result of rising energy costs. When a ship’s fuel costs more, the bill goes up.

Copper buyers don’t eat that extra cost. They pass it on to consumers. 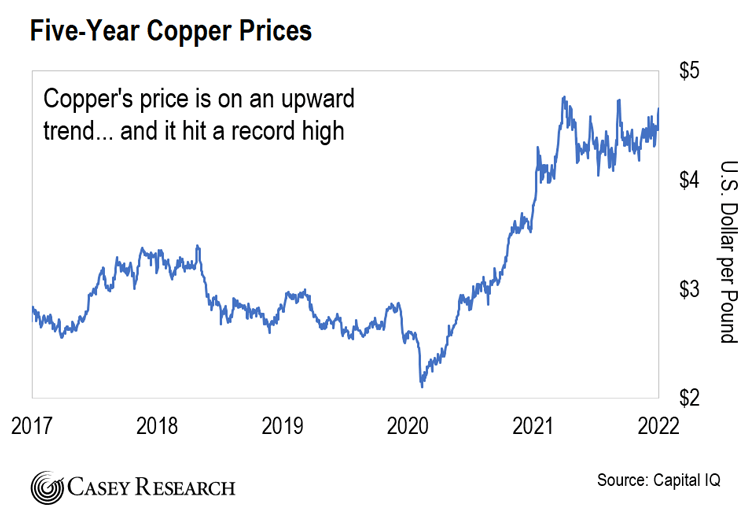 Most people pay this little attention. Few of us buy barrels of oil or spools of copper wire.

But that’s where price stacking comes in.

Copper goes into most of our daily basics. As Bloomberg observes, “Surging prices of the raw materials needed for your refrigerators, automobiles, window frames, and plumbing show no signs of abating.”

Have you tried to buy a fridge lately? Or get a new window installed? Prices have gone through the roof – if you can find the stuff at all.

We’ve never seen spiraling prices like this. Goldman Sachs recently made a shocking warning about it. Here’s what their most senior research chief said:

I’ve never seen markets like this. We’re out of everything. I don’t care if it’s oil, gas, coal, copper, aluminum. You name it, we’re out of it.

This has little to do with supply chains. It’s about prices exploding for basics like energy – and stacking up throughout the economy.

It’s About to Get Worse… You Should Act Now

The crisis is about to get worse. In November, the Biden administration proposed to make American oil drilling more difficult. That’s after our oil supply is already falling. 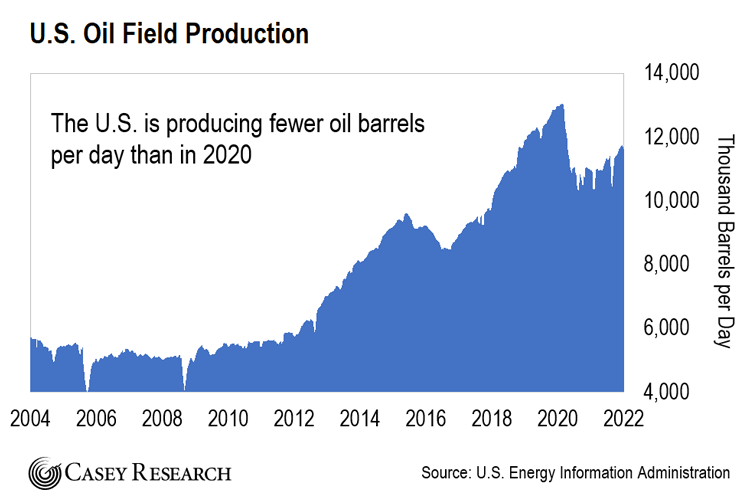 People are stocking as much fuel as they can. Before prices explode higher.

How high? The numbers are frightening. Late in 2021, traders started placing bets on $200 crude.

Soon after, trades started coming in for $300 oil.

That suggests uncharted territory ahead for energy costs. Stacking that up… prices for your fridge, your car, and your light bulbs are about to lurch upward.

So the first thing you should do… if you know you need to do work on your home or car… buy the supplies as soon as possible to hedge against more inflation.

Second, I’ve created a special briefing to help us prepare for this brewing crisis. Go right here to get my research on where our economy is headed, how you can avoid the coming price pain, and what to do right now to profit from this grim situation.