Before World War II, you could purchase uranium glassware that glows under a black or ultraviolet light, invite your friends, and have an evening with an excellent conversation starter. 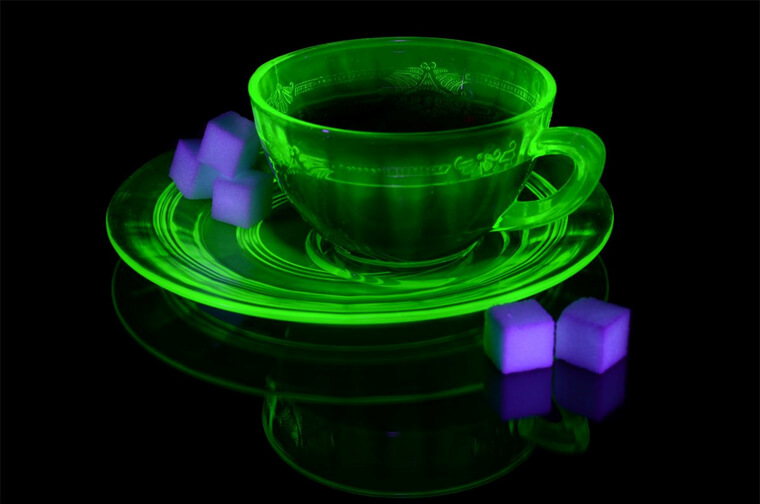 Most of this glass is safe, scientists say. But the U.S. Environmental Protection Agency doesn’t recommend eating or drinking out of uranium glassware.

Now, uranium glassware is a rarity. But in the 19th century, uranium was commonly used as a colorant for ceramic glazes (for its fluorescent effects). Then, during World War II, production stopped because uranium could only be used in the military.

So uranium lost one of its popular uses. And for the past six to seven decades, uranium has been all about energy.

But the situation is changing.

Uranium is becoming more than reactor fuel. As the demand for clean energy accelerates, uranium could be one of the most exciting investment opportunities in this space.

Nuclear Energy Is Growing in Popularity

As a reminder, uranium is the fuel most widely used to power nuclear plants that produce electricity.

With the advent of renewable energy and soaring electricity costs, countries and private corporations are looking at nuclear as the only clean energy solution that won’t take decades to implement and scale up.

Nuclear power plants are clean and safe, and they produce energy consistently.

They are the perfect solution for an energy-hungry and inflationary economy – delivering lots of energy that doesn’t cost as much as other renewables.

So due to its reliability, cost-efficiency, and low-carbon emissions, nuclear energy is growing in popularity.

And because of that, the uranium market is about to change forever.

Uranium Is a Way to Get Exposure to This Megatrend

According to the International Atomic Energy Agency (IAEA), nuclear energy could contribute to about 12% of global electricity by 2050. Plus, nuclear power generating capacity is expected to expand to account for increased electricity demand in the next three decades.

As a result, uranium has become in the clean energy space what lithium is in the electric vehicle (EV) space: an investment metal.

It’s another angle investors can use to get exposure to the clean energy megatrend.

This interest on the part of investors has created several ETFs that hold physical uranium in licensed facilities. So their shares represent ownership of actual uranium metal.

Even though this ETF isn’t large by any means (its market capitalization is just $2.8 billion), it has already become the world’s third-largest buyer of uranium.

Only the United States and China are ahead.

This tells us something about the uranium market – it’s so small that a fund holding barely $3 billion in uranium is already a massive player.

And if the fund’s holding increases to $10 or $30 billion, it’s hard to imagine that the price of uranium will stay where it is.

Given the growth of the nuclear power sector, this increase is very much possible.

And energy independence has bipartisan support in the United States.

This tells me that uranium is a commodity you should put on your radar.

And the Sprott ETF is a convenient way to get exposure.

In our latest Super Spike Advisory issue, we looked at another way of playing the “nuclear renaissance.” We found a uranium mining company that could deliver even better gains than the metal itself in the coming months and years.

I highly recommend that you check it out.