“Demand for marijuana assets is skyrocketing. And that means other Big Alcohol companies will have to inroad into the marijuana space soon. If they don’t, they’ll get left behind.”

I wrote this last Tuesday. I was talking about Constellation Brands’ recent deal with Canopy Growth.

That makes this the biggest marijuana deal ever. But as I explained last week, this is “just the beginning”:

Soon, every major alcohol company will have no choice but to “go green.”

• Now, you may have thought I was crazy for saying this…

It’s a bold statement, after all. But I didn’t make it lightly.

You see, I’ve been closely following the marijuana industry for over a year now. But I haven’t just consumed other people’s research like many analysts. I’ve gone to the frontlines of the legal marijuana boom.

I’ve been to Vancouver, San Francisco, and Denver, just to name a few. Along the way, I’ve met with marijuana venture capitalists, CEOs of multinational marijuana companies, and even master growers.

This boots-on-the-ground research has given me an intimate understanding of the legal marijuana industry… and helped me understand the market’s true potential.

It’s why I’ve been saying for months that marijuana would go mainstream. Not years from now, either.

This is happening before our eyes.

As speculators, this is the kind of opportunity that we dream about. So I’ll show you how to position yourself for big gains in a second.

But first, let’s look at what’s happened since my last update on the sector.

• Diageo is reportedly in talks to enter the marijuana space…

The U.K. spirits maker has met companies in the past month as it considers a possible investment or alliance to make cannabis-infused beverages, the Canadian television station said on its website, citing people close to the situation who it didn’t identify. One executive told BNN a deal may take months, while another said a deal may be close.

According to Bloomberg, Diageo is reportedly in talks with at least three Canadian marijuana companies.

This is a huge deal. Diageo is the largest spirits company in the world. It owns Guinness, Johnnie Walker, and Smirnoff brands.

So there’s a chance it could announce an even bigger deal than the one Constellation just announced. That would obviously be extremely bullish for cannabis stocks.

• And I’m clearly not the only investor who thinks so…

Keep in mind, neither of these companies were named as possible candidates in a deal with Diageo. This is merely investors speculating on possible targets.

That tells you how excited the market is about a possible Diageo deal. But that’s not the only good news that marijuana investors have received since last week.

• Another massive marijuana deal was announced on Monday…

Tilray skyrocketed 22% on the day of the announcement.

But it wasn’t the only Canadian marijuana stock that soared on the news. You see, there are reportedly 13 other producers working to supply Nova Scotia.

You see, many of our readers bought marijuana stocks earlier in the year… after a big pullback.

But this sell-off was completely normal. You see, the North American Marijuana Index, which tracks 35 major marijuana stocks, more than doubled in value between last November and January.

That’s an incredible rally over just two months… So it’s perfectly healthy to see a pullback after an explosive run like that. This allows the market to catch its breath before making another run.

That’s why we encouraged readers who bet on legal marijuana to have a long-term perspective… and not lose sight of the big picture.

The good news is that the next wave appears to have arrived… thanks in large part to a flurry of deals between Big Alcohol and Big Marijuana companies lately.

And we believe marijuana stocks will run much higher from here.

• It’s still the early days for the legal marijuana industry…

Canada hasn’t even introduced recreational marijuana yet. That won’t happen until October 17.

More importantly, the global marijuana market is just starting to open up. I’m not the only Casey analyst who sees a huge opportunity here.

My colleague Nick Giambruno, chief analyst for and editor of The Casey Report and Crisis Investing, has been covering the cannabis industry for over a year now. He says he’s never seen an opportunity with as much profit potential as the legal marijuana market has right now.

Marijuana is still illegal, or quasi-illegal, in most places around the world. That’s made it virtually impossible for regular investors to cash in on the lucrative marijuana trade.

Prohibition has funneled billions of dollars in profits to drug lords, corrupt government officials, and thugs. Those days are numbered…

Legalization is inevitable. It’s happening. And it’s about to unleash a $150 billion market that was previously underground.

So consider speculating on this emerging industry before it’s too late.

Just remember that marijuana stocks are volatile, as we’ve seen this year. You should never put more money at risk than you can afford to lose. It only takes a small amount to make a killing in the years ahead.

Those are extraordinary gains. But Nick, like me, thinks the best is yet to come. You can learn about Nick’s top picks in the marijuana space by watching this brand-new presentation.

Today, more positive feedback on our most recent Conversations With Casey, where Doug explained why Somalia shouldn’t have an army…

Absolutely great article. It stretches one’s mind in the total opposite direction of what they were thinking prior to reading this. At the end, the reader is convinced.

For last five years gold bugs predicted an imminent stock market crash. The markets went straight up and gold went down. Now gold is going up WITH THE MARKETS and down with markets. It’s confounding.

Dave Forest is our in-house commodities expert and editor of International Speculator.

He just came across one of the most stunning finds of his 20-year career as a professional geologist.

He discovered a rare fuel source buried in the ground in Idaho that he calls “Brandt Oil.” It could change the energy landscape in the U.S. for good…

We’ve asked Dave to discuss what he’s uncovered about this new fuel source. You can access it here… 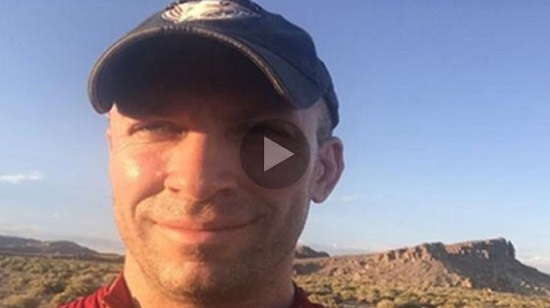