Take a look at the picture below…

It’s a shot of an electric vehicle (EV) being charged.

And it’s front and center on oil giant Total’s website. 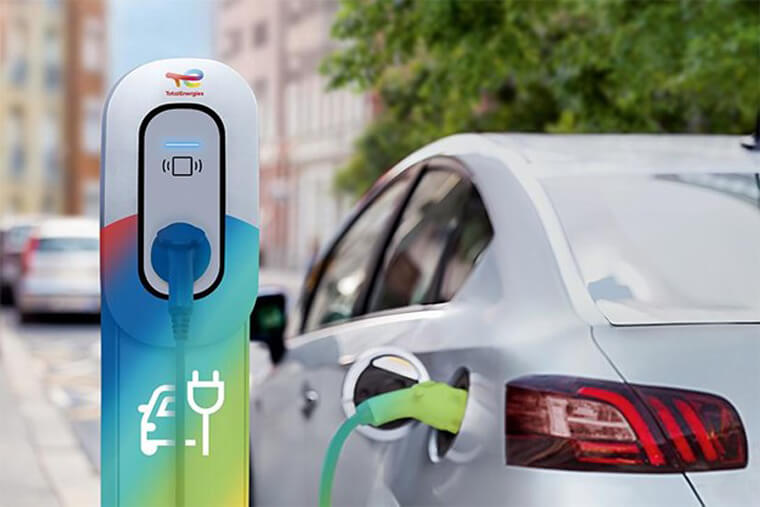 The world is moving toward clean energy. Regardless of how you feel about it, this trend is unstoppable.

Even oil giants admit it and are actively investing in clean energy.

So we might as well take advantage of the profit potential… in an underappreciated area of the clean energy sector.

It doesn’t get as much mainstream attention. But I think it’s just as exciting. And it’s solving a multibillion-dollar problem.

The “Green Trend” Is Unstoppable

According to Bloomberg, by 2050, renewable energy could grow four to five times faster than other sources of power.

In other words, the share of fuel-free electricity generation is set to almost double in the coming decades.

Solar and wind energy are among the most popular sources of clean energy you’ve probably heard of.

But the problem is, these forms of energy are “variable.”

This means they don’t actively produce energy all the time. Solar panels only work during the daytime. And wind turbines only turn when there’s wind.

On their own, they can’t supply constant electricity. And since consumers need to power their households 24/7, the grid needs to adapt.

That’s where energy-storing batteries come in.

Simply put, energy-storing batteries capture the energy produced during the source’s “on” period, so that it can be used during the “off” period.

So, in the case of solar panels, the battery would store excess energy generated on a sunny day, and use it to generate electricity throughout the night, or on a rainy day.

This process requires large-scale batteries. Ones that can power your whole house, for example.

I think these batteries will supercharge the whole clean energy market.

And there’s already money flowing into the space…

The market for battery energy storage is expected to grow from about $11 billion in 2021 to over $31 billion in 2030. That’s more than a threefold increase.

The U.S. government is even working to make it easier to finance and deploy these clean energy storage projects. It has announced a $2.9 billion program to boost production of batteries for EVs and battery storage markets.

And global investment in energy storage infrastructure reached almost $13 billion in the first quarter of this year alone.

In other words, both households and industrial customers around the world will turn to these batteries as the clean energy revolution gains steam.

And the most popular energy-storing batteries need one key material… Which is why I think it’s one of the best commodity investments of this decade.

The Best Commodity Investment of the Decade

Those of you who’ve been following along in these pages may have already guessed the key material needed to manufacture these energy-storing batteries: lithium.

Lithium is a key battery metal. It’s something we’ve talked about at the Dispatch. And it’s used to manufacture electric vehicle batteries.

But lithium’s needed for clean energy-storing batteries, as well… in even higher quantities.

For example, a Tesla Powerwall battery, which is used to store solar energy in your home, contains about twice the amount of lithium as a Tesla Model 3 EV battery.

And as the push toward a greener future continues, we’ll need a lot more energy-storing batteries… and even more lithium to make them.

As more money flows into the space, the underlying metal will surge.

So now’s the perfect time to take advantage – before these batteries become more mainstream.

One of the best ways to get broad exposure is through the Global X Lithium & Battery Tech ETF (LIT). It holds a broad basket of companies involved in lithium mining, refining, and battery production. Just remember to position size appropriately, and never bet more money than you can afford to lose.