I’ve been on the road the last few weeks.

In the wilds of Canada, I helicoptered in to check out potential new copper deposits. Here’s a shot from the field. 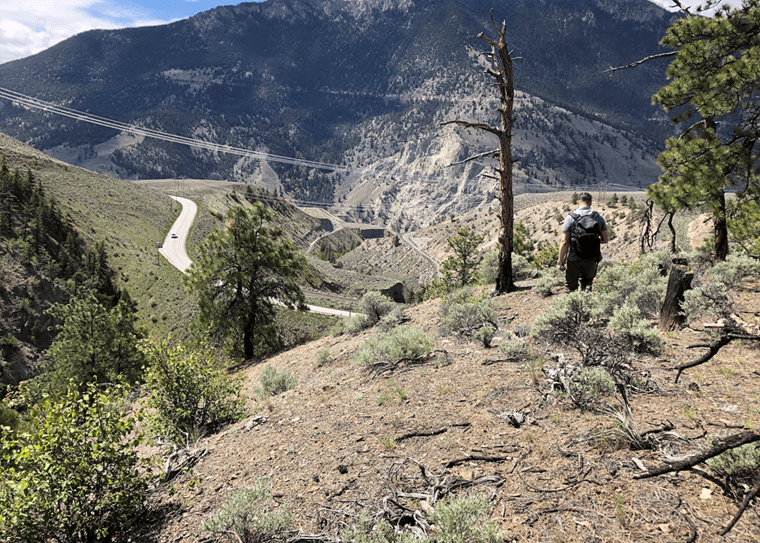 It was a great couple days. We found strong indications of copper lurking below the surface.

Most notably, the area holds a massive “gossan.” That’s geology talk for a large patch of rusty rock. You can see the bright orange color clearly. 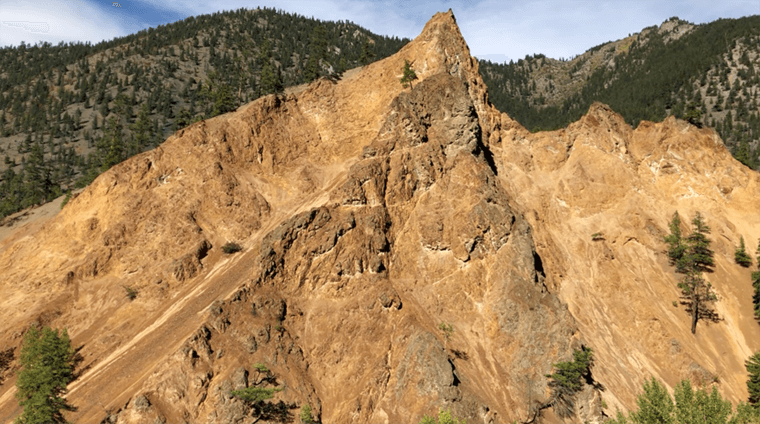 Gossans pop up where acid fluids flow through the ground. That often happens near ancient volcanoes – the kind that create big copper deposits.

Right now, geologists are scouring the Earth for features like this…

As I’ve discussed, the search for new hard tech is ramping up globally. In the last several months, companies dispatched geologists all over the planet to look for new deposits of copper, lithium, nickel, and a host of other metals.

And apparently, it’s not just mining companies. Sources I spoke with on this trip suggested that electric vehicle (EV) companies jumped into mineral exploration, too.

After my trip to Canada, I headed to Nevada. The mission: check out a new, potential mine for uranium in the middle of the desert.

Uranium is another key hard tech these days. Especially in America – the U.S. is the top uranium user for nuclear power in the world.

Up until now, uranium imports from other countries filled that supply gap. But there’s a big problem: about a third of that uranium came from Russia.

Those Russian imports may evaporate quickly. The Senate advanced a bill recently to ban Russian uranium. Russia threatened to pre-emptively cut off the supply.

If that Russian supply disappears, it’s not clear what will fill the gap. America badly needs an answer. Otherwise, the lights go out.

That’s why I recently bought a historic uranium mine. It was formerly Nevada’s largest supplier of the nuclear fuel.

Visiting the site this week, I walked the ground with a new geologist I hired. We enjoyed some interesting discussion about the rocks.

Then… she told me something even more intriguing.

Tesla’s Getting Involved in Mining

Tesla recently went on a hiring spree. For geologists.

My geologist told me Tesla hired several of her friends and colleagues. She said the EV giant seems to be on a blitz, trying to get its hands on as many mineral experts as it can.

This makes sense, given recent comments from Elon Musk.

At a conference earlier this month, Musk said he’s open to directly buying a mining company. “If that’s the only way to accelerate the [sustainable energy] transition,” he said, “then we will do that.”

Interestingly, a few weeks later, Tesla snapped up a crack team of geologists. That’s a strong sign they’re positioning to get involved in minerals, one way or another.

I bounced this off some well-connected friends in the tech sector. They said they believe there’s been an opening toward mining inside companies like Tesla.

What could this mean for hard tech investments? A lot, based on past Tesla deals.

Last year, Piedmont Lithium spiked from $6 to $89 after a deal with Tesla. More recently, Lithium Corp. jumped 200% in a single day on just a rumor of a deal with the EV maker.

That could make existing investors a lot of money in stocks developing new mines.

And these big gains could come anywhere in the world.

This Is a Great Time for Hard Tech

Recently, Tesla published a list of all its hard tech suppliers globally. It’s a rare view inside the company’s metals supply chain.

It shows Tesla’s willing to go almost anywhere in the world. Argentina, China, Australia, Canada, Africa, and even New Caledonia made the list of Tesla’s hard tech suppliers.

If Tesla’s going to buy into mining, the whole world could be involved. That gives us a big list of quality stocks to choose from for potential targets.

That said, I believe U.S.-based hard tech companies will be prized above others. My Nevada uranium project is just a couple hours’ drive from Tesla’s Gigafactory. Any suppliers of lithium, nickel, and copper close by like that will get a lot of attention.

This is great time to get into hard tech. Not only would a Tesla deal be lucrative for the target company… it could also kick off a frenzy across the industry.

Imagine mining stocks enjoying a bull market like we saw in tech the past decade. With the world’s richest man signaling the shift, the next few months could be exciting.

To prepare, I’ve gathered several of America’s top hard tech plays in the investment portfolio for my International Speculator advisory.

We currently hold America’s only primary nickel supplier. My readers also learned about the biggest potential supplier of rare earth metals – a key defense hard tech – based in Utah.

Check it out here for all the details. It’s time to get up to speed on what could be the biggest boom of the coming decade.