These past two weeks at the Dispatch, we’ve been doing our annual prediction series.

As we head into 2023, it’s important to observe the direction of key economic indicators.

To round out our predictions today… we’ll examine the housing market and the controversial asset, bitcoin.

Last year, we predicted real estate would head higher. Despite a rough end to the year, we got it right.

Heading into 2022, we still had historically low interest rates. It wasn’t uncommon for homes to hit the market and receive dozens of offers within hours – many of those over the asking price.

What it all came down to was a basic supply and demand problem, fueled by cheap credit. It was the perfect storm for home prices over the last several years.

We measure this through the S&P/Case-Shiller U.S. National Home Price Index. 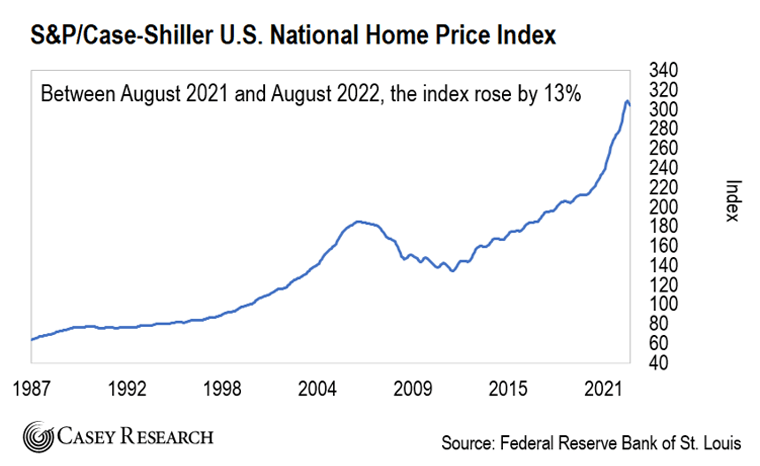 Today, we’re seeing a different type of market. Some areas – like in Florida or parts of Texas – are still on fire. Homes are selling almost as soon as they list.

Others are slowing so much that sellers now have to offer incentives just to attract buyers to make an offer.

We can see how that’s affecting the overall housing market by looking at housing supply. 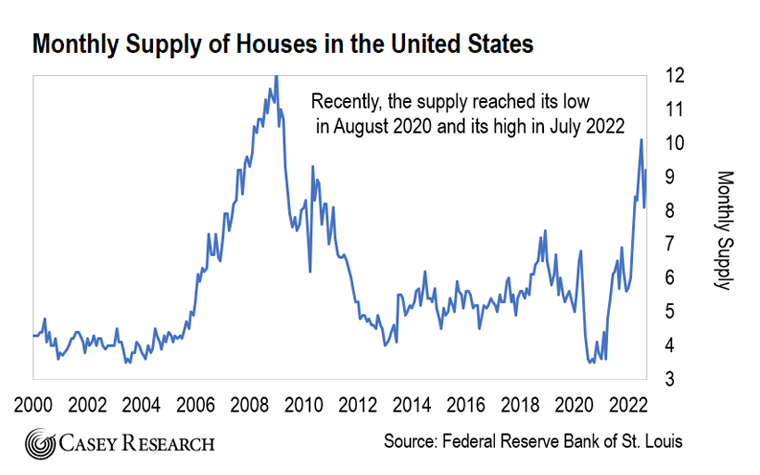 When rates were near their historic lows, supply was at record lows. It was impossible for many to find a house. That trend reversed hard as rates started to rise.

That massive rise in interest rates is also one way to make housing less affordable. For instance, let’s take a $500,000 home as an example. Putting 20% down means you’re financing $400,000 of the purchase price. (We’ll ignore taxes, insurance, and any other fees just to make things simple.)

Adding an extra $10,000 per year to your housing costs is too much for many families to handle.

We can even see this through the National Association of Realtors (NAR) housing affordability index. When the index is at 100, the average income can afford 100% of the average home price. Historically, this figure is around 130.

It’s one of the lowest readings in years.

So at the end of the day, the housing market is on shaky footing. While we don’t see a meaningful crash like we did in 2008, we do think prices will head nominally lower from here. 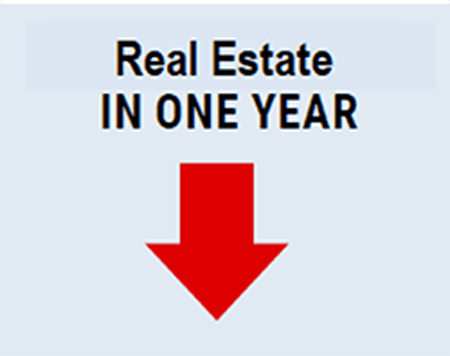 Last year, we called for bitcoin to head higher. We made that call based on the Fed keeping the printing press running.

With the upward trend in place, it looked set to continue. Then, the bottom dropped out. 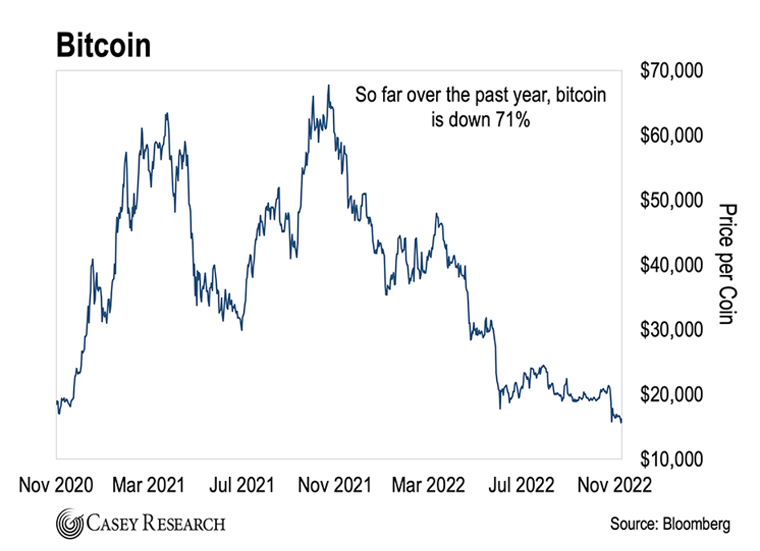 On the way up, a flood of capital and expanded credit in the crypto world helped drive prices higher. Now we’re seeing the other side of that mountain.

Eventually, that spilled over to crypto projects that bit off more than they could chew.

Those two high profile bankruptcies sent shockwaves through the industry. Crypto assets plunged. Others, like the popular BlockFi platform, tried to reassure their customers all was OK.

Bitcoin looked steady at a price of around $20,000. That is until a feud between two of the largest players – FTX and Binance – boiled over.

By now, many of you know the name Sam Bankman-Fried (SBF). Fortune magazine dubbed him as the next Warren Buffett. 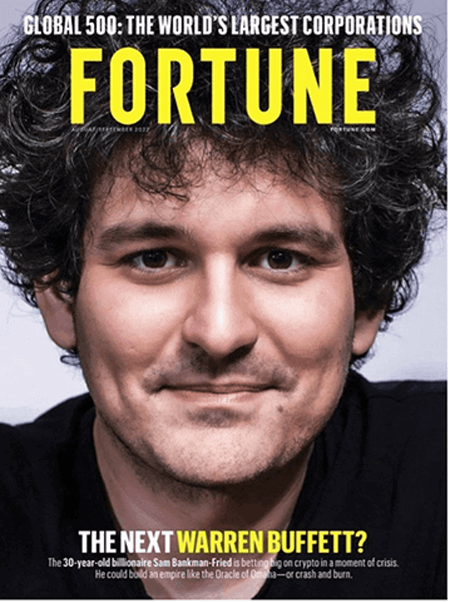 Popular TV host Jim Cramer even likened him as this century’s J.P. Morgan in a tweet earlier this year.

But it was all a façade.

He started FTX after getting frustrated at the execution of his crypto trades. It quickly grew to become the third-largest crypto exchange in the world. Customers parked nearly $16 billion of assets with the firm.

However, the week of November 7 lit the crypto world on fire. Changpeng Zhao (CZ), founder of Binance and the world’s largest crypto exchange, openly questioned SBF on Twitter. He criticized the soundness of the link between FTX and its sister organization, Alameda Research. Alameda was SBF’s crypto hedge fund.

Eventually, CZ committed to sell over $500 million worth of FTX’s token, FTT. It panicked FTX customers. They wanted their assets back. But the firm collapsed within days. It couldn’t meet the withdrawal requests.

The reason was simple. SBF used around $10 billion in FTX customer funds to cover his losses at Alameda and for personal use.

It was nothing more than theft. And it dropped a bomb on the crypto world.

Where things go from here is anyone’s guess.

The fallout may not be over yet.

In fact, he agreed to buy the assets of Voyager Digital for $1.4 billion. Except we now know he doesn’t have the cash.

It’s only a matter of time until we hear about the next player to go belly up. It’s anyone’s guess at who that might be. Maybe it’s Circle, which operates the USDC “stable” coin. Or MicroStrategy (MSTR), the software firm that took on billions of debt in a big bet on the price of bitcoin.

Whatever the case, it all goes back to what we said last year. Bitcoin – and crypto assets in general – are speculative tools. Wild volatility makes it a prime target for active traders to speculate on its price.

We also warned you should be mindful of any position you had in crypto. If you’re up all night worrying about the volatile price swings, you probably have far too much at stake. You should be able to rest easy at night.

To us, that means don’t bet more than you can afford to lose.

At the end of the day, the FTX debacle wiped out trust in the crypto ecosystem. It will take years to build back that trust.

So until the last bitcoin bull gives up, it’s probably going to be a rough ride. 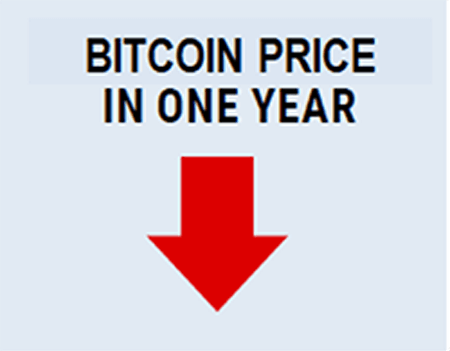