Rachel’s note: Since the start of the year, the market’s been taking investors on a roller coaster… And at this point, it may feel like there’s nothing you can do to avoid being left behind.

So when Casey Research friend and tech investment expert Jeff Brown came to us with a strategy for protecting your wealth and profiting in today’s volatile market, we knew we had to share it with you.

So read on to learn about the best investment you can make to sidestep volatility… Then click here to watch the replay of Jeff’s special briefing, where he’ll break down this strategy in even more detail.

The first half of this year has not gone as I expected.

I predicted that many clearly overvalued technology companies would fall hard… and they did.

Yet I believed that high-quality growth companies trading at reasonable valuations would weather the current market volatility.

I forecasted that the Fed’s aggressive talk would soften to a series of smaller rate hikes that wouldn’t hurt the markets… And I felt confident that the Fed wouldn’t take actions that would crush the equity markets, our retirement accounts, and the housing market… especially considering the upcoming mid-term elections.

I didn’t foresee the speed and viciousness of the current sell-off. And I didn’t anticipate that it would drag down virtually all growth companies to multi-year lows.

I know investors are hurting right now. When we look at our portfolios and find a sea of red, it can feel like all hope is lost. I can’t think of a time in my entire life when I was more concerned about the world that we’re living in.

We’ve been through hell the last two years.

We’re witnessing the worst market environment I’ve ever seen in my lifetime and inflation that I thought I would never see.

Even so… growth and technological advancement will return to us. And with it will come a recovery of our investment portfolios.

Yet until we return to healthier market conditions, we’ll need to adjust and play the cards that we’ve been dealt.

The Secret of the Wealthy

The best place for investors to put their money right now is simple… private investments.

I know this from personal experience. I’ve invested in more than 300 private deals in my own accounts.

Private investments have been doing exactly the opposite of what we’re seeing in the public markets.

It’s the only part of my personal portfolio that hasn’t declined in value. It’s actually increased in value during this market turmoil.

And what motivates me to invest in private markets is my family. I have two young boys. And the private investments I’ve made have all but guaranteed that they will be comfortable and supported for their entire lives.

I know that may seem out of reach for many people right now, especially with our retirement accounts and other investments shrinking and falling into the red… but it’s not.

And we only have to look at the uber-rich to see the truth. Wealthy investors and family offices have nearly half of their portfolios in private investments.

Endowment funds have more than half of their portfolios in private investments.

Why are they doing this? Because they know placing small investments into the right private companies can create generational wealth – no matter what the stock market does.

The returns from great private companies will easily outpace the outrageous inflation we’re seeing. In many ways, they are a hedge against market volatility and inflation.

More critically for today, private investments do not trade in public markets. That means there is no daily volatility. They’re not impacted by the daily gyrations we’re experiencing.

And because they don’t have to worry about quarterly reports or Wall Street analysts getting their story wrong, they are able to keep their heads down and focus on building and growing their businesses.

I speak with early stage founders every week, and they are simply not bothered by what’s happening in the public markets. Consistently I hear, “We’re just going to keep building.”

And that’s exactly what happens.

Even during the last few months, the private valuations of many companies have increased dramatically with each subsequent funding round.

Private companies are increasing in value, which is exactly the opposite of public companies that are feeling the short-term effects of this market turmoil. It may seem counterintuitive, but that’s one of the things that makes private investing such an incredible asset class.

That’s why having a portfolio of high-growth private companies is always a smart approach for investors. Not only do private investments deliver extraordinary returns, but they also give us peace of mind when the public markets are a mess.

Wealthy investors know this. That’s why they have been investing in private companies for decades.

I know all this might sound too good to be true. That’s why I want to show readers what’s possible with a real-life example.

A year ago, in July 2021, I introduced a new kind of opportunity to my elite membership service, Brownstone Unlimited…

The goal of this opportunity was to buy shares in a crowdfunding deal – a private raise available to non-accredited investors. And in this case, subscribers could invest with as little as $1,000.

The recommendation was unique because it had all of the upside of a typical private early-stage investment and very little downside at all.

The company was Digital Eclipse, and it operated in the video game industry. That might not appeal to some of us, but consider this… The global annual video game market size was over $195 billion last year. And it’s expected to hit over $580 billion in revenue by 2030.

Digital Eclipse is in the business of remaking classic blockbuster games for modern gaming consoles. It takes hits like Space Invaders from the ‘70s, updates them, and brings them to modern devices where people can enjoy them once more. 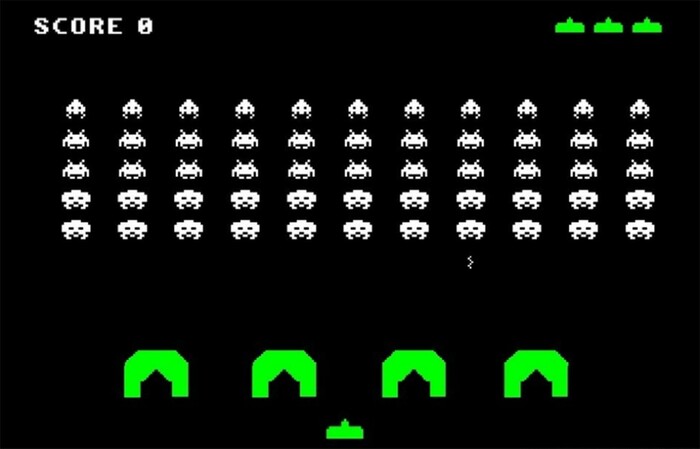 And there’s a big market here… Millions of units of remade games sell each year, generating hundreds of millions of dollars.

Some of the company’s biggest hits include its collection of games in the popular Street Fighter series (over 2 million units sold) and compilations of games based on Disney characters.

So we’re not dealing with a pre-revenue startup trying to find its legs… Digital Eclipse has already carved out a profitable niche in the retro gaming sphere.

Even better, as investors in Digital Eclipse’s raise, we would benefit from each game it remastered by receiving dividend payments based on the revenue it generates.

And now, a year later, investors are beginning to see the results…

Gaming legend Atari recently had its 50th anniversary. Many readers may remember Atari as the name behind favorites like Pac-Man, Frogger, Pong, Adventure, Pitfall!, and more.

To celebrate, the company announced a brand-new product release – a bundle of 90 popular games… which Digital Eclipse has helped revamp for modern consoles.

As a result, Digital Eclipse will receive a significant portion of the revenue from all sales. That means Brownstone Unlimited members will be receiving dividends in the near future.

I wouldn’t be surprised if investors can recoup their entire original investment in the form of dividend payments by year-end or early 2023.

And this is just the beginning…

This will return multiples of the original investment for those who invested in this Regulation A crowdfunding deal.

And remember, Digital Eclipse doesn’t care about what the stock market is doing. It’s simply out there performing – regardless of the volatility.

That’s worth a lot right now…

And while each private deal is different, this one example shows the potential this style of investing can have. It can help us protect our families and our wealth… even if the rest of our portfolio is sinking.

This opportunity is more critical than ever in the current environment. It’s one of the few sound places for our money.

That’s why I held a special event Wednesday night to talk about how private investments can save our portfolios right now. We’re calling it Jeff’s Private Deal Room.

Thousands tuned in as I described some of the private investment deals investors have had a chance to partake in… and one big new deal that’s coming up quickly.

With inflation soaring and a potential recession looming, this is not the time to ignore private investing.

To learn more about this special opportunity, click here to watch the replay of Wednesday’s event.