Tesla shareholders are in danger.

Tesla is the world’s biggest electric car market. It’s also one of the hottest U.S. stocks. You’d think Tesla was making money hand over fist after a run like that. But it’s never booked a profit. Instead, it’s lost $3.7 billion over its 14-year history, and that’s despite massive handouts from the government.

• These problems normally scare investors away from stocks…

But investors are paying a steep premium to own Tesla.

Its stock trades at a price-to-sales (P/S) ratio of 6.

This valuation isn’t based on reality. It’s based on hope.

• That’s why some analysts call Tesla a “dream stock”…

But Tesla shareholders could soon be in for a major wake-up call.

And that’s because Tesla’s bonds are flashing danger.

It began two weeks ago when the company sold $1.8 billion worth of bonds.

The bonds yielded 5.3%. That’s more than the 5.0% yield that the iShares iBoxx $ High Yield Corporate Bond ETF (HYG) pays. In other words, they’re riskier than most “junk bonds.”

Tesla will use the proceeds for the offering to “further strengthen its balance sheet during a period of rapid scaling with the launch of Model 3, and for general corporate purposes.”

• In other words, Tesla thinks borrowing more will make it a stronger company…

This would be like someone with terrible credit taking out a high-interest credit card to pay their bills.

It’s incredibly reckless. And yet, investors lined up to buy these bonds.

But many of those bondholders are now having buyer’s remorse. And that’s because those bonds fell 2% just days after they were issued. They’re underwater.

But it’s never a good sign when the value of a bond plummets immediately after being issued.

This selloff could even mean that investors are losing patience with the electric car maker. If that’s true, Tesla’s stock could plunge soon, too.

And I’m not the only one saying this.

David Rocker thinks Tesla’s stock is headed off a cliff.

Rocker is one of the world’s most respected short sellers. He made a fortune shorting (betting against) stocks.

His hedge fund Rocker Partners generated average annual returns of 12% from 1985 to 2006. That’s an incredible track record for a short-focused fund.

• Rocker stopped managing outside money a decade ago…

But he still follows the markets and trades his own money.

And right now, Tesla is one of his biggest shorts. He explained why in an article he wrote for Barron’s last week:

Tesla tries to convey the illusion of inexhaustible demand for its cars, yet sales of the Model S and Model X have been flat for four quarters. Tesla’s rising inventory and shrinking deposits suggest declining demand.

The stock has escaped the gravitational pull of actual results and is wedded to Musk’s own guesstimates of margins and cash flow, few of which have been accurately projected in the past. For instance, in February 2012 he said, “Tesla doesn’t need to ever raise another financing round.” Nine more financings followed.

In other words, Tesla is trying to “paper over” its problems by borrowing huge sums of money.

For years, the company has gotten away with this. But Rocker doesn’t think Tesla can kick the can much longer.

There is little room for error now. After the last bond offering, there is nearly $10 billion of long-term debt against $5 billion in equity for a company burning through billions of dollars each year.

This is why Rocker’s shorting Tesla. And it’s why you should get out of Tesla if you haven’t already.

Now, I’m not saying Tesla will crash tomorrow, or even next month. But the stock is turning into a hot potato, and you don’t want to be the last one holding.

Take profits while you still can.

P.S. If you missed out on Tesla’s initial rally, don’t worry. There’s an even better way to profit on the “electric car revolution.” You can learn all about it by reading this recent Dispatch issue. As you’ll see, most investors haven’t even considered this investment. But it could soon become one of the hottest trades of the decade…

Last year, he called the No. 1 stock on the Nasdaq and made investors 551%…

This year, he’s back to show you how you could ultimately make between 414% and 2,100% on Apple’s new iPhone launch.

Here’s the real story through the eyes of a genuine “Apple insider.” 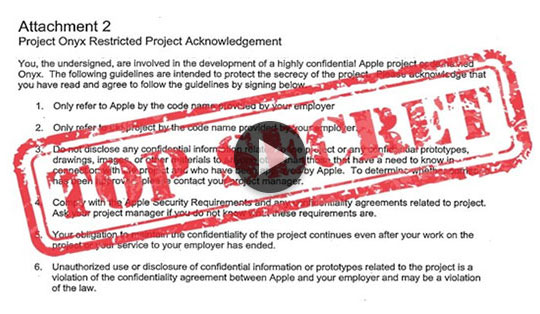