Doug Casey told me this a few nights ago. We were having dinner in Cafayate, Argentina.

He went on to tell me about the time he met the former vice president.

It was a classic Doug story. I’ll share it with you in a second.

So I came here a few days ago to catch up with him – and to see what’s on his mind.

During my visit, Doug and I discussed everything from the legal marijuana market to the Jussie Smollett case. And I’ll let you in on some of those conversations in the coming weeks.

But it wasn’t all business.

Doug and I also enjoyed great Argentine wine and experienced the local cuisine.

During one of those, Doug told me about the time he met former Vice President Dick Cheney at the New Orleans Investment Conference a few years ago.

Doug was there as a keynote speaker. Cheney was there making the press rounds. He was shaking hands, kissing babies, and trying to raise money.

The two met backstage when the conference organizer introduced Cheney to Doug.

And it’s safe to say the introduction didn’t go as planned.

Not only that, Doug told him, “I’m not going to shake your hand. I hold you and everything you stand for in contempt.”

That’s when Cheney made a mistake, according to Doug. He asked, “Why’s that?”

Doug spent the next minute telling Cheney why he despised him.

Later, Doug challenged the audience to rethink Cheney, while describing him as a criminal and traitor.

Here’s what Doug recently had to say about the late John McCain:

McCain represented the worst of both parties. From a domestic point of view, he was an arch liberal, a welfare statist, always giving away other people’s money. He exemplified the worst of the Democratic Party from that point of view. As for foreign policy, I’d have to characterize him as an actual criminal. There’s never been a war that he didn’t actively support.

I know some people might take issue with this.

After all, you’re not supposed to speak ill of the dead. But Doug “likes to call a spade a spade anytime, but especially when we’re talking about career politicians.”

But make no mistake. Doug isn’t critical of Cheney and McCain because he’s a liberal or a Democrat. Far from it.

He likens the government to a “parasite or a predator that is living off of society at large.”

It shouldn’t come as a surprise that he’s also eviscerated high-profile Democrats. Just look at what Doug said about Bernie Sanders:

Sanders is a lifelong government employee (like Hillary, Cruz, and Kasich). The self-declared socialist is an economically ignorant, hostile, mildly demented old man – the Democrats’ answer to John McCain. He gets traction by pushing the envy button effectively.

Another time, Doug said Al Gore only won the Nobel Peace Prize for “terrorizing children around the world about global warming.”

Then there’s his take on Alexandria Ocasio-Cortez (AOC), the new face of the Democratic Party. According to Doug, “she’s probably quite stupid” and “evil on a basic level.”

For instance, he’s said that Bill Gates and Warren Buffett are “idiot savants”… meaning that they are geniuses at one thing, but fools when it comes to most everything else.

These are highly controversial statements. After all, we’re talking about some of the richest and most successful people on the planet.

Many people look up to these figures. But it takes more than wealth to impress Doug.

In fact, Doug recently told us how he didn’t fit in when he attended an elitist conference:

I found that I didn’t like them. And I strongly suspect they didn’t like me. Even though I was on my best behavior. But that’s nothing new. I occasionally get invited to dinner parties in Aspen, with the same kind of people. But usually not more than once. Why might that be? Well, as you know, I say what I think. And that’s usually at odds with what the Masters of the Universe think.

This is what makes Doug great. Everyone’s fair game.

That’s why I get him on the phone every week.

It’s also why we had Doug sit down for a special event last night. I’m talking about Totally Incorrect: LIVE, of course.

During this landmark event, Doug shared five controversial predictions for what’s in store for America in 2019 and beyond.

Those who attended last night’s event also got all the details on five new speculations that could deliver 1,000%-plus returns over the next year…

These are the types of speculations you’re not hearing about in the mainstream media right now… They’re aggressive plays that were hand-picked using Doug’s proprietary method that’s led him to massive gains of 5,000%, 63,000%, and 86,900%.

If you weren’t able to tune in last night, we’ve made a free replay available for you to watch right away. Go here to learn more about these explosive speculations.

P.S. If you’re interested in taking advantage of these controversial speculations, don’t delay.

This replay won’t be available much longer… nor will the special deal we’re offering right now.

If you sign up today, you can lock in a 40% discount to our premium Crisis Investing newsletter, where chief analyst Nick Giambruno uncovers the world’s best crisis investing opportunities every month.

Click here to watch the replay and learn more about this special offer.

Readers write in with praise for Doug…

Completely agree with Mr. Casey. Nuclear power is the least dangerous and most environmentally safe, as compared with other types. As for Fukushima – it was the design error in the first place. Had they built the plant on a higher elevation – some 10 or 20 miles higher above sea level, there would be no disaster, whatever magnitude earthquake happened. The Japanese were advised by Russian researchers on the risks, but they preferred to rely on American expertise and that was their dramatic mistake.

I think that an updated version with a better fuel would be the way to go for nuclear energy. You don’t have to be the smartest person in the world to figure this out. We know the pros and cons of burning fossil fuels, but it seems to be missing in most of the politicians’ thinking at this time. The pollutants that remain should be enough for this generation to figure this out. But I’m sure they’re heavily invested in these energy companies, and that will weigh in when they vote. Most politicians vote on any bill that increases their wealth, not for the people’s best interests. I’d have to say I agree with Doug Casey on this cheaper form of energy. I really appreciate his mind and how it works.

Over 30,000 people signed up to hear Doug’s five big predictions that could deliver 1,000%-plus gains over the next year. They also locked in a special deal on one of our premium publications…

If you missed this opportunity, no worries. You can watch the free replay right here. 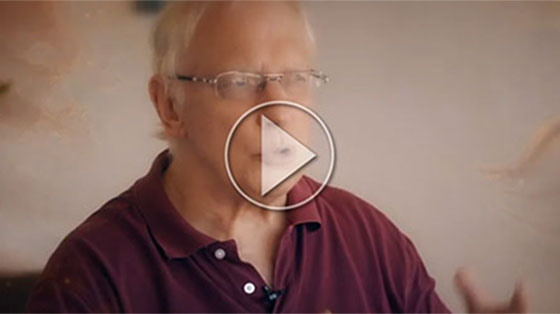