I say that because President Trump just signed the 2018 Farm Bill into law.

This bill – which passed through Congress last week – authorizes many expenditures laid out in the 2014 Farm Bill. It also removed industrial hemp from a list of federally controlled substances.

You see, the federal government classified hemp as a Schedule I substance up until today. That put hemp in the same league as heroin and LSD.

Thanks to Trump, hemp is now considered an “agricultural commodity” like other commercial crops.

• This is great news for American farmers…

The market for hemp is already enormous.

Every year, the U.S. imports around $700 million worth of industrial hemp products. Most of that comes from China and Canada.

Plus, hemp is significantly more profitable to grow than soybeans, corn, or any other major cash crop.

In short, U.S. farmers now get to tap a huge and highly profitable market…and so can you.

I say that because this is also a huge opportunity for speculators like us. I’ll explain why in a minute. And I’ll tell you how to profit from this historic decision.

But first, let me clear up some confusion.

Yes, it’s true both plants are part of the cannabis species. And they look almost identical to the untrained eye.

The biggest difference is that marijuana contains a lot of tetrahydrocannabinol (THC). This is the compound that gets people “stoned.”

But hemp barely contains any THC at all. In fact, most industrially grown strains contain less than 0.3%.

Rather, they value it for its industrial uses.

And there are endless industrial applications for hemp.

See for yourself. This is a hemp “building block” that I saw during a tour of a marijuana research and development facility last year. 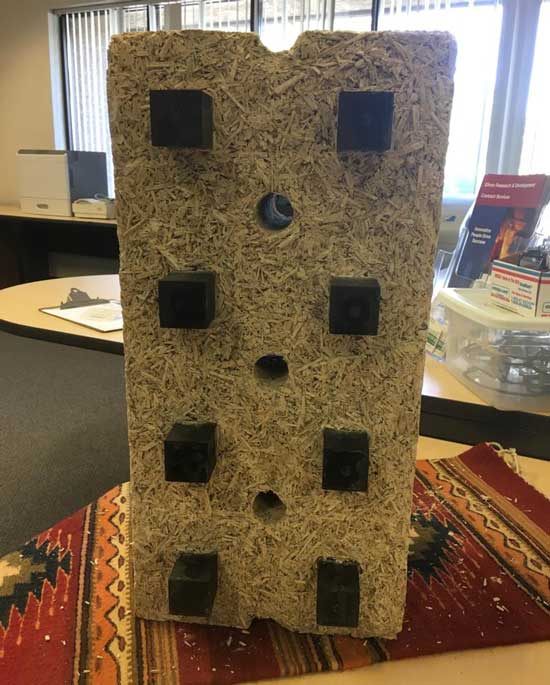 Most people don’t realize hemp can be used in this way. They only know about its use in textiles. But it can do so much more.

Here’s another interesting application. You’re looking at a hemp skateboard wheel that I held while researching Uruguay’s marijuana market earlier this year. 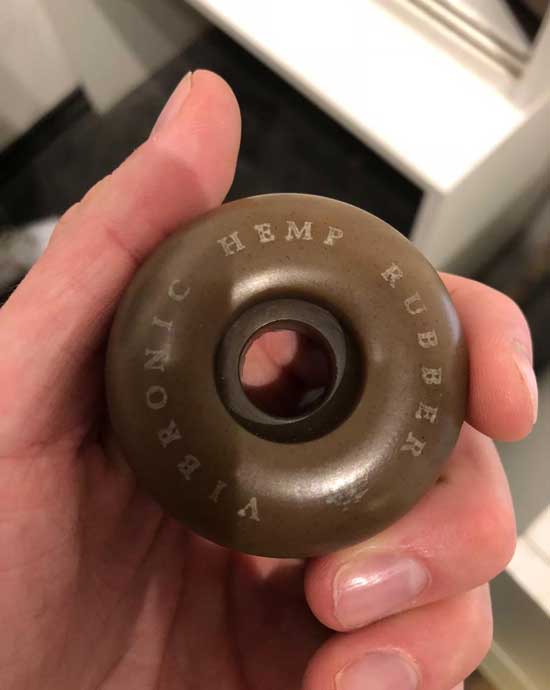 Keep in mind, most skateboard wheels are made from polyurethane (a synthetic rubber polymer). This shows you just how versatile hemp is as an industrial plant.

• I’m not the only Casey Research analyst excited about hemp’s industrial potential, either…

Crisis Investing chief analyst Nick Giambruno had this to say in a special Dispatch sent out yesterday morning:

In short, there are endless industrial uses for hemp. And U.S. farmers will finally be able to satisfy this pent-up demand now that Trump has signed the Farm Bill.

That alone is reason to consider speculating on the cannabis space. But there’s an even bigger reason cannabis stocks should be on your radar.

It also has significant medical benefits.

This is because a typical hemp plant contains around 20% cannabidiol (CBD).

CBD is another compound in marijuana. It doesn’t get people high like THC does. But as I mentioned, it does have many medical benefits.

People take it to treat anxiety, insomnia, chronic pain, and everything in between. Some people even give CBD to their pets to treat arthritis.

That’s why I’ve been calling CBD “America’s next health craze” for months. (New readers can catch up here, here, and here.)

• The CBD market was already growing like crazy prior to today…

But it’s now set to explode, thanks to Trump.

The research firm Brightfield Group projects the hemp-derived CBD market to grow to $5.7 billion next year. It expects the market to be worth $20 billion by 2022.

Keep in mind, this market is estimated at around $591 million currently. So, Brightfield expects the market to become 34 times bigger over the next four years.

When they do come around, you must take advantage of them.

Plus, it’s not like the Farm Bill is the only reason to be bullish on legal marijuana. Two other major catalysts happened in the last month.

• In short, now is a great time to speculate on marijuana stocks if you haven’t yet…

I specifically encourage you to look at companies with significant hemp or CBD exposure. They stand to benefit the most from the Farm Bill.

Just understand that it’s still the early days for the marijuana industry. Treat any bet in the marijuana space as a speculation. Don’t bet more money than you can afford to lose. And take profits as they come.

You see, Nick – like me – has been covering the marijuana market for well over a year.

He’s also put his readers in a position to profit from marijuana legalization. In fact, he just closed one of his marijuana positions for a 363% gain. Not only that, he has three open positions that are already up 306%, 212%, and 88%.

Those are tremendous returns. But they’re likely just a taste of what’s to come.

Consider signing up for Crisis Investing to learn which companies are poised to profit most from the Farm Bill.

Do you think marijuana should be legal everywhere? Share your thoughts with us at [email protected].

His previous predictions have given early investors the chance at gains as high as 270%, 1,011%, and more. 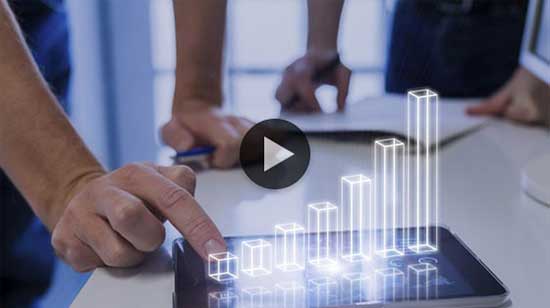