Justin’s note: Before we get to today’s essay, I have an important announcement… one that can help you make a fortune in 2019 and beyond.

Tomorrow night at 8 p.m. ET, our good friend Jason Bodner, a true Wall Street insider, will reveal his system for spotting the fastest-growing stocks in America… up to 30 days before they soar.

It may sound too good to be true. And I’ll admit, I was skeptical at first. But his system truly works. His readers are already sitting on gains of 51%… 79%… even 136%. And Jason sees much more upside ahead. But you need to act now to take advantage.

As a Dispatch reader, you’re in luck. You have the chance to take advantage of this breakthrough system and learn exactly how it works for free.

Not only that, Jason will also release a special three-part masterclass for everyone who attends.

As you can see, I’d be doing you a great disservice if I didn’t pass along this timely opportunity. I hope you take advantage. Just go here to sign up and reserve your spot today.

Now, let’s get to today’s Dispatch…

But it’s not dead. Instead, it will be rewritten.

When that happens, we will be handed a huge money-making opportunity.

I’ll tell you all about that opportunity in a minute… including how to position yourself. But let me first bring you up to speed.

Last month, the GND went before the Senate. It was shot down 57-0.

Although, that shouldn’t come as a surprise. After all, the version that went before the Senate was full of half-baked ideas.

• You see, the GND is an aggressive climate policy proposal…

Its objective is – you guessed it – to make America’s economy “green.”

To accomplish this, it calls for reducing greenhouse gas emissions to net zero by 2030… by focusing more on green energy sources and moving away from fossil fuels.

It also recommends updating every building in the U.S. to make them as energy-efficient as possible.

It even suggests – get this – addressing cattle production… because cow farts and burps apparently cook the planet.

In short, the GND isn’t based on logic, science, or even basic economics. It’s pure fantasy.

No wonder it got stonewalled on the Senate floor.

But let’s be real…

• The discussion around climate change isn’t going away…

If anything, it will intensify… especially with the 2020 presidential election around the corner.

Because of this, the GND’s authors aren’t going to throw in the towel. Instead, they’ll go back to the drawing board. They’ll rewrite it.

And I expect the next incarnation of the GND will light a fire under one of today’s most misunderstood commodities.

Uranium, as I’m sure you know, fuels nuclear power plants.

Nuclear power is one of the most dependable energy sources. It provides power around the clock. It doesn’t matter if the wind’s blowing or if the sun’s shining.

It’s also one of the cleanest sources of energy. According to the Intergovernmental Panel on Climate Change, it produces less air pollution than solar, wind, or hydroelectric power.

• And yet, Alexandria Ocasio-Cortez (AOC) wants to bury nuclear energy…

AOC is a freshman congresswoman from New York. She’s also one of the main authors of the GND.

You think this would make her a huge supporter of nuclear energy. But she’s actually one of its biggest opponents.

In fact, she believes, “There is no space for nuclear power” in America’s future… and she adds, “the plan is to transition off of nuclear and all fossil fuels as soon as possible.”

That’s right. AOC doesn’t just want to wipe out oil and gas. She wants to eliminate nuclear power, too.

After all, AOC is quickly becoming one of today’s most influential politicians.

The version of the GND that went before the Senate listed nuclear power as a possible energy source.

This tells us there are at least some Democrats with common sense. But including nuclear power as a footnote wasn’t enough to get the GND through the Senate.

Because of this, I believe they will have no choice but to make nuclear power a focal point of the GND going forward.

It supplies 20% of the nation’s energy.

It does so around the clock, too. That’s something solar and wind energy can’t currently do… and may never be able to do.

Put another way, lights across America will go out if we got rid of nuclear power. That obviously can’t happen.

But there’s an even bigger reason to think nuclear power will play a more prominent role in the next GND.

Dave is our in-house commodity expert. He’s spent the last 20 years of his career searching for new discoveries and breakthroughs in the resource space. He also founded his own mineral exploration and development companies.

In short, it pays to listen to Dave. And he recently had this to say about the state of nuclear power:

We’ve reached an inflection point for the nuclear industry.

The world is finally realizing that windmills and solar panels alone can’t solve our energy problems. Baseload power is a necessity – and nuclear is the only option for widespread, low-emissions electricity.

I should also make something clear…

Environmentalists now recognize just how critical nuclear power is to a “green” future.

• Top U.S. politicians are starting to back nuclear power…

On March 22, Energy Secretary Rick Perry announced a major $3.7 billion boost to keep afloat the last remaining commercial nuclear reactors under construction in the U.S. According to Dave, commissioning is expected in 2021 and 2022… making these America’s first nuclear starts in 25 years.

Of course, Perry’s a Republican. And the right has historically supported nuclear energy, as Doug Casey explained in this recent Conversations With Casey.

The overall goal of NELA is to “reestablish U.S. leadership in nuclear energy”… which has been ceded to China and Russia. In addition, NELA aims to reduce carbon emissions.

This is a huge deal. After all, NELA was supported by both Republicans and Democrats.

This is likely just a taste of what’s to come. Washington Examiner recently reported:

“We have to be open to all low carbon and zero-carbon potential sources of energy given the urgency of this effort,” Inslee told reporters at a March renewable energy industry conference in Washington, D.C.

Booker also told Washington Examiner that nuclear power “has to be part of the equation if we want to move quickly toward a carbon-free future.”

In other words, Dave’s assessment is spot on.

• Public perception of nuclear power has reached an “inflection point”…

So don’t be surprised if nuclear energy becomes a focal point of the GND.

Still, an uptick in demand won’t matter much if the world is awash in uranium… which has been a problem for years.

But, like public perception, the global uranium supply is also rapidly changing. More from Dave:

The global uranium supply is precarious.

Right now, the global uranium mining sector produces just under 155 million pounds of U3O8 yearly. So new reactor start-ups could potentially soak up 6.5 years’ worth of all uranium produced on Earth – and that’s on top of demand from the over 400 reactors already in operation.

• In short, Dave sees a “supply crunch” on the horizon…

This is when the market can’t supply enough of a commodity to meet demand.

To top it off, even Cameco (the world’s largest public uranium producer) has been shutting down its mines due to low prices… furthering the probability of a supply crunch.

You don’t have to be an industry insider like Dave to understand what this means. It’s incredibly bullish for uranium prices.

Just remember that uranium stocks can be incredibly volatile. So never bet more money than you can afford to lose… take profits as they come… and have a clear exit strategy in place.

P.S. Uranium stocks aren’t the only opportunity Dave sees today. There’s another key metal on the verge of a huge rally… for reasons you’re not hearing about in the mainstream media.

Dave says a radical new technology is about to take down the world’s leader of electric vehicles… and send a specific metal soaring in the process. Not only that, it will flood one tiny, specific stock with a massive windfall starting any day now. Go here to get all the details.

Are you planning to profit off the coming uranium supply crunch? Let us know at [email protected].

Casey Research friend and Wall Street insider Jason Bodner is a very smart guy. His proprietary system has an uncanny knack for finding the next hot sector.

And tomorrow, at 8 p.m. ET, Jason will be making history again by revealing his system, which can spot the market’s fastest-growing stocks up to 30 days in advance.

By tuning in, you’ll have the chance to claim his No. 1 recommendation. And the profit potential could be enormous – as much as $9,385 in one trading day. Plus, Jason will be giving away a special three-part masterclass for free when you register now… 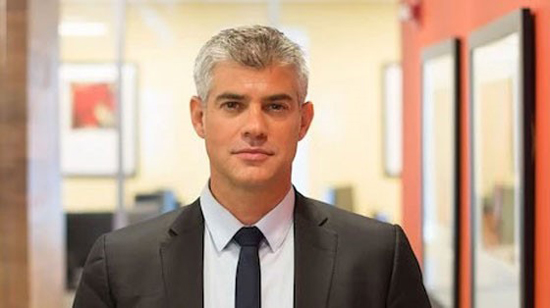