It’s one of the top money-making opportunities today…

And most people will watch it slip right through their fingers.

After all, it’s a brand-new industry. One many still don’t “get.” One that’s even a little weird.

This is the exact setup for life-changing gains.

For example, in 2017, as bitcoin neared $20,000, I could see the crypto market was topping. So I took 15,000% profits on a blockchain mining deal… just before the bottom fell out in the crypto market.

And I was also among the very first to predict the cannabis rally. I recommended three of the best stocks to own during the mania, with one of the picks soaring as high as 480%.

And right now, we have the perfect opportunity to do just that with this “weird” industry.

It’s an industry that’s earned over $1 billion in total revenue… has a growing viewership… and is attracting major investments from billionaires.

And today, I’ll show you exactly why you need to be paying attention to this megatrend.

This New Sport Is on the Rise

eSports are exactly what they sound like. They’re electronic sports… or more simply, video games. They involve competitive tournaments, especially among professional gamers.

Now, before you scoff at eSports as a nothing business… consider revenue crossed $1 billion in 2019. That’s up five times from 2014.

And we’re still in the early days of the eSports industry. It’s a trend the youngest generation knows all about, and while the rest of the population is in the dark, they’ll catch on soon.

And once they do, it’ll be off to the races. There are an estimated 2.2 billion video game players globally. According to industry tracker Newzoo, eSports viewership looks set to grow 13% per year through 2022.

Meanwhile, eSports annual revenue will do better than that, with expected growth of 19.9% per year through 2022.

This is what the early days of a megatrend look like. Most people laugh at what looks like a silly fad.

But this is just the beginning. Because eSports are already going mainstream.

eSports Are Here to Stay

Major networks like ABC and Turner Broadcasting are showing eSports leagues just like they do pro sports.

According to Goldman Sachs, viewership of the popular game League of Legends (LoL) is already higher than most professional sports leagues. Take a look: 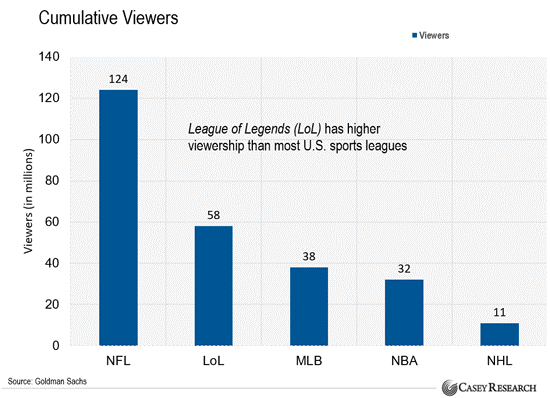 Now, League of Legends is just one video game today. Games come in and out of favor.

That’s not all. Many eSports fans often watch their favorite players via video streaming services like YouTube. And YouTube said 334 million viewers watched livestreams in the fourth quarter of 2019, an increase of 14% from the same period last year.

The Big Ten Conference, a college sports conference, considers eSports a sport. It even has a league for teams from its 14 member schools to compete in. There are scholarships and anything else a college football, basketball, or baseball team would expect access to.

eSports will even make an appearance as a demonstration sport at the 2024 Olympics in Paris, with organizers debating whether to include it as an official sport in the Games.

Plus, the value of eSports teams is set to surge with billionaire team owners like Jerry Jones and Robert Kraft jumping into investments. Former star athletes like Shaquille O’Neal and Alex Rodriguez are in on the trend, too.

My lead analyst, John Pangere, and I have been researching eSports for a long time… and not just from the comfort of our desks.

We’ve gone to the front lines of the eSports boom. Here’s a photograph of John at a recent eSports competition in Los Angeles. 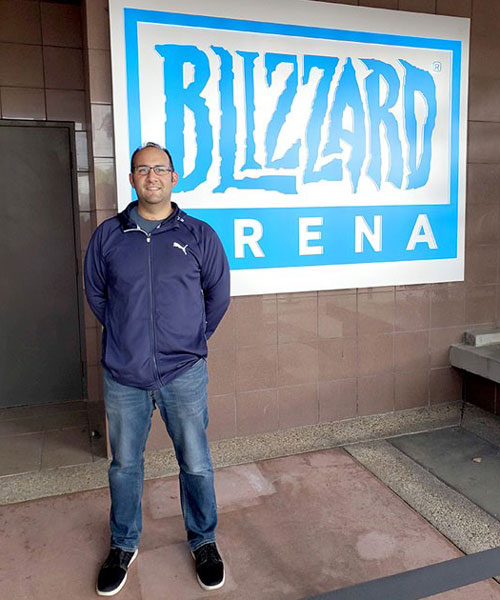 He also recently visited an eSports arena at the Luxor Hotel and Casino in Las Vegas. 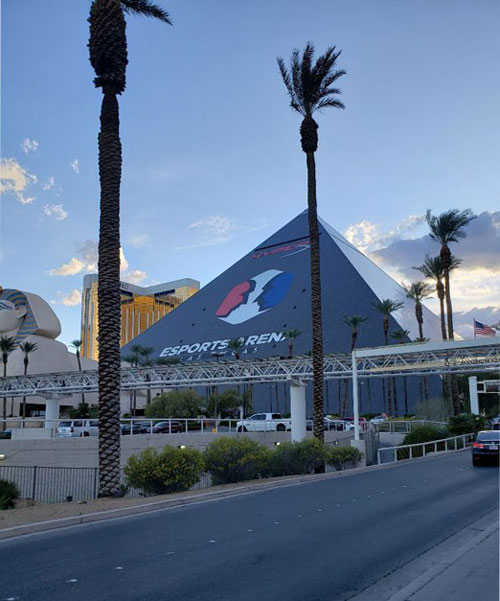 One thing was very clear from the trip: eSports are here to stay. And now’s the time to take advantage.

How to Profit From This Emerging Megatrend

One way to capitalize is by investing in the video game makers.

As this trend really takes off, these types of companies will directly benefit.

Three of the best names in the business are:

Now, these are large-cap stocks that will do well during the boom.

But to make the biggest gains… I’m talking 1,000% or more… you need to get more creative. You need to have a strategic game plan.

In short, we’ve bet on a company that owns eSports arenas as well as its own eSports team.

And that’s not even the most interesting part. You see, we didn’t recommend regular shares of this company’s stock.

Instead, we found this company’s “Omega Shares.”

They’re a backdoor way to invest in this incredibly promising business. Plus, they offer unlimited upside with little downside risk.

And the best part is, these “Omega Shares” have already doubled in just 10 months… with plenty of room to run.

You can find out how to access this name – and the rest of my “Omega Shares” recommendations – by going here.