Kris’ note: One of the big things that sets apart Dave Forest from most other investment analysts is his willingness to travel for research. He says getting on site and seeing projects for himself is the key to what he does.

Naturally, with lockdowns and closed borders, it’s been tough for him to do that. But as borders reopen (hopefully!) and travel returns to normal, we wanted to share the following essay with you today. Dave tells us why and how international travel has helped shape his 20-year career, and how it can help you too…

Not only that, I’ve gone to parts of these countries most tourists don’t. Mines and oil fields aren’t usually in the big cities. You often end up in the middle of nowhere – where you can experience real slices of life.

Travel taught me more than I could ever learn in an office. Here are four of my most memorable lessons.

Same in the high mountains of eastern Colombia. When I hiked through the peaks, it wasn’t uncommon to find a small house built on a random mountainside. No roads, no power lines, no obvious water source. The owner just found a patch of open land and decided to stay. 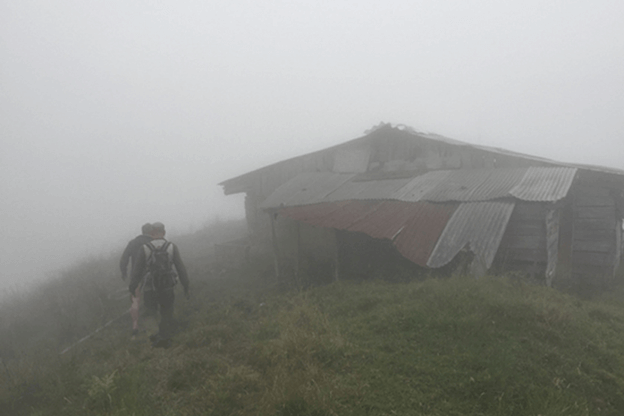 I find this comforting. If things ever go completely off the rails – if I lose all my money and hit hard times – I still have myself.

Ride-hailing services such as Uber – with fixed rates and reliable navigation – are making it better. But dealing with taxis is still a big hurdle on almost every international trip.

If you’ve got the proper fare, most taxis will take you. They’ll go direct and avoid the runaround. They know (or at least think) you can’t pay for an overcharge.

Drivers looking for a runaround might turn you down. But you want to avoid them anyway.

An incident in Bangkok drove this home for me in a tragic way.

I was in a bar, and a drunk tourist threw a beer bottle at the television. The bar owners pulled him into an alley and beat him within an inch of his life.

Maybe this fellow chucks bottles at home, too. But I’ve seen all manner of people act badly just because they’re in a different country.

In a club in Koh Samui, a Thai island, I saw a tourist walk around patting locals on the head – uninvited and unwanted. Almost certainly he doesn’t do this at home. Flying across an ocean doesn’t make it better.

Maybe the best thing about traveling is encountering complete surprises.

Things locals wouldn’t bat an eye at, but you might never dream possible:

It doesn’t just open the door to opportunities you would never experience at home. It also helps you meet new people, who often share different perspectives on life.

And it gives you a deeper appreciation for what you already have in your own sphere, which people often take for granted.

If you want to learn more about this new frontier in investing… I recorded a free special briefing to tell you everything you need to know. Just go right here to access it.