The AP puts out a stylebook every year that includes universal guidelines for stylistic matters like punctuation, capitalization, and even word choice. In a recent version, it encouraged writers to not use words such as “pro-life,” “migrant,” “refugee,” “Islamist,” and “terrorist.”

It’s completely ludicrous… and another example of the “politically correct” culture getting out of hand.

Our founder Doug Casey agrees. And today, he tells us what this disturbing trend really means…

Justin: Doug, what do you think of the AP censoring writers? Are you surprised at all?

Doug: There was once a time when journalists often had intelligence, integrity, and competence. Many did their jobs – reporting the news accurately, openly disclosing their bias (if any). H.L. Mencken was a model of what a journalist should be. He wasn’t just a reporter. He was a literary maven who had immense stores of knowledge and well-thought-out, fact-based opinions on nearly everything. In addition to a myriad of newspaper and magazine articles, he even wrote a definitive book on the English language and the correct way to use it.

Today, reporters have none of these qualifications. Their only qualification appears to be a BA degree in English, or Journalism.

Maybe it’s just that giants walked the earth in the days before Political Correctness. If Mencken was alive today, he would be shocked and appalled at the midgets who pass for reporters and editors today. He’d be rolling in laughter and disgust at how much the profession has been degraded.

It’s like Orwell’s worst nightmare is coming true. In his novel Nineteen Eighty-Four, the idea behind “doublethink” is to alter the nature of language. Big Brother wants to reduce the number of words that exist, eliminating those that describe non-PC thoughts and actions. They seem to want to institute Newspeak – complete with thoughtcrime, goodthink, bellyfeel, and prolefeed.

Justin: And why is that such a big deal?

Doug: Words enable thought. So if you corrupt words, you can alter and corrupt people’s thoughts. Words are the parents of thought. And thought is the father to action. There’s a reason the Bible speaks of “the word” with such respect.

If you don’t have a word for something, it makes it hard to think about it. And it’s worse if you have the wrong word. They’re trying to corrupt the language to limit what people think and do.

Justin: Why are they trying to alter how people think?

Doug: They say it’s to help make people “better.” Of course their idea of what’s good, and my idea of what’s good differ radically. The Nazis and Soviets tried to make people “better” by using propaganda – propaganda is actually fake news. They say they’re trying to reduce friction in society, or make the “underprivileged” feel good about themselves. But in fact they’re doing the opposite. They’re quite happy to use the violence of the State to enforce their views on society.

The people doing this are worms. They’re acting to destroy civilization and civil society. These people are the intellectual equivalent of the thugs that pour into the streets to commit arson and looting.

They can’t be so stupid as to think that if they ban impolite words for certain racial and ethnic groups, that will actually ban hostile feelings. It probably does just the opposite. It’s like tightening down the lid on a pressure cooker when you don’t allow people to express themselves.

A lot of these AP words seem to carry racial connotations. Something it’s apparently non-PC to acknowledge.

Oddly, it’s only whites, males, and Christians that have to be careful using “hate speech” or non-PC speech today. Members of so-called “historically oppressed” minorities can say whatever they want. Which is pretty rich, since they’re actually majorities in many parts of the US today. And their native cultures allow for about zero freedom of speech – or any other kind of freedom, for that matter.

Actually, people ought to express themselves in any politically incorrect words they wish. Any words they choose to use.

Justin: And why’s that?

Doug: Because then you can find out what a person’s really thinking. You can find out what kind of a person you’re dealing with. You can judge if it’s a good person or a bad person based on how he may characterize or not characterize other people. If you limit other people’s freedom of speech, you’re really just limiting your own ability to get information – not just from them, but about them.

It’s shameful that the AP is telling journalists what they can and can’t say to influence what the readers are able to think. And equally shameful that there’s no protest from the reporters.

It’s not just the AP. When you read something in The New York Times, The Washington Post, or practically any establishment mouthpiece today you can rely on lots of confused, conflated and intentionally misleading weasel words. I wrote an essay on this in September 2016. I urge readers to take a look at it for a laundry list of them.

Justin: I remember that essay, Doug. In it, you discussed how many of the words we hear on television and other media are confused, conflated, or completely misused.

You went down a long list of words, including inflation, money, and justice.

Could we do the same thing with a few of the words that the AP blacklisted? Let’s start with “pro-life.” Should writers really say “anti-abortion” instead?

Doug: Well, the term “pro-life” expresses a certain moral stance, with implied political preferences. It’s favorable towards giving birth to babies. It has that connotation.

“Anti-abortion,” however, means exactly the same thing. But it’s better rhetorical technique to be “pro” than “anti” – to be for something than against something. The other side says they’re “pro-choice.”

In fact, in a neutral context, one that has nothing to do with babies and abortion, most people of good will are both “pro-choice” and “pro-life.” Who would be “anti-life” or “anti-choice”?

It’s all about influencing the hoi polloi by using words cleverly. If the argument was conducted on strictly intellectual grounds – which it’s not, it’s conducted on mostly emotional grounds – the proper words would be neutral. But they don’t want people to think, they want them to feel.

The whole subject is intellectually dishonest. Both sides attempt appealing to emotion and the psychological aberrations of the listeners, not cool reason.

Justin: Sounds like these guidelines only make things more confusing. Is that the point?

Doug: Correct, the whole objective is to confuse, muddy, and befuddle thoughts.

For example, they say you’re not supposed to use the word “migrant” but that’s exactly what these people are. I guess you’re also supposed to call them “refugees,” whether or not they are. Most are actually economic opportunity seekers. There’s nothing wrong with that, but it’s not as sympathetic.

They’re not “immigrants.” An immigrant is somebody that formally enters the country by the recipients’ rules and norms. That’s what an immigrant is. He’s completely legal.

A migrant might be somebody that comes across as part of an invading horde, legality has nothing to do with it. That’s the connotation but it’s an accurate one. It’s exactly what these people are. If there are enough of them, and they’re armed, you can reclassify them from “migrant” to “invader.”

They’re an informal and unarmed invading army of a totally different culture, race, religion, and language. So of course, they are migrants.

It’s too bad that it’s too un-PC to call them what they are. I really believe you’ve got to call a spade a spade. Tough luck if some cupcake thinks it’s a microaggression impinging on his safe space.

We haven’t talked about another word on the list, “Islamist.” That’s a good one. Let’s save it for another day.

Justin: “Terrorist” was another word on the AP’s blacklist. Instead of saying that, it encourages writers to say “militant,” “attacker,” or “lone wolf.”

Doug: Terrorist. I find that interesting. You’re not supposed to call somebody a terrorist. Does that mean only the government can designate somebody as a terrorist?

Anyway, terrorist is a word that’s used improperly. It turns out there are roughly 125 definitions of the word terrorist, different official definitions used by various government agencies at one time or another. To me, terrorism is simply a method of warfare. It’s a tactic, like artillery barrages or cavalry charges. It’s a legitimate method of warfare.

Now, whether somebody’s actually a terrorist or not is a different question. Is he part of an organized military, a paramilitary group, or a revolutionary group? The word is a pejorative. But can a terrorist ever be a good guy? Were Allied bomber crews conducting terror raids on German cities in World War 2 bad guys?

These things have to be discussed, not just glossed over. I’ll offer a definition of terrorism. It’s “an act of wholesale violence, for political ends, that deliberately targets civilians.” Most terrorism in the world has always been conducted by legitimate States.

It’s all completely insane. But this is what’s characterizing today’s society. How something is phrased has a huge impact on how the public thinks about it. It’s why I’m a Freedom Fighter, you’re a Rebel, but he’s a Terrorist.

Anyway, two years from now my novel, Terrorist is going to be out where I’m going to go into this in a lot of detail.

Justin: Thanks for taking the time to speak with me today, Doug. I’m looking forward to the new book.

Last year’s Summit was a resounding success. And this year’s is guaranteed to be bigger and better. Not only can you meet our brilliant analysts… you’ll also have the chance to hear investing ideas you won’t find anywhere else.

At our 2018 event, attendees received 40 unique investing recommendations and wealth-building strategies. That’s more than most financial publishing companies offer in a whole year. And we’ve got even more on tap for this year…

Do you agree that the people censoring your speech are acting to destroy civilization and civil society? Or is it a good thing? Let us know at [email protected].

Now, he’s pounding the table on a new idea… one that’s earned him the nickname of “America’s Cockiest Investor.” Go here for all the details. 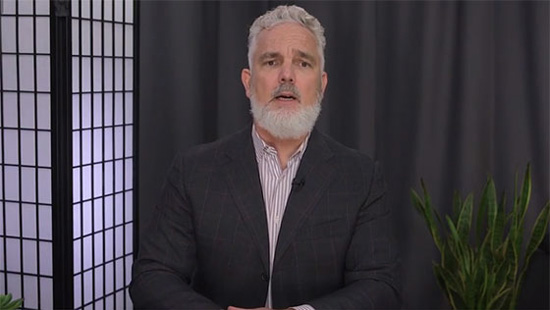