Justin’s note: Doug Casey says the left is wrong about one of the most politically incorrect energy sources: nuclear power.

If you read yesterday’s Dispatch, you know why the left wants to eliminate nuclear power entirely… and why we think that’s a huge mistake.

Today, Doug Casey takes a closer look at this subject. And in typical Doug fashion, he doesn’t hold anything back. As you’ll see, Doug says this is a problem that goes beyond environmental issues…

Justin: Doug, the new crop of Democrats has made it their mission to save the planet. And yet, leftists have shown nuclear power almost no love. In fact, the Green New Deal doesn’t include any new money for nuclear power. Why do you think that is?

Doug: First, the government shouldn’t be spending money on nuclear, or any other form of power generation. Why? The capital they spend must first be taken from those who created it. It’s vastly wiser to leave it in the hands of wealth creators, who will likely use it to create more wealth, than give it to politicians, bureaucrats, and other government employees.

But before I answer the question, let me first make a statement.

There’s no question that nuclear energy is the safest, cheapest, and cleanest form of mass-power generation. We’re only having a brief conversation, so I’ll only deal in broad strokes. Let me add that I’m also a fan of solar, wind, and other alternatives, which are evolving and becoming increasingly viable for specialized applications. But they’re not direct competitors to nuclear.

Nuclear is extremely safe. The fact is that, even including the 20 odd firefighters who died at Chernobyl, and several who died at Fukushima, the number of people who’ve died because of nuclear isn’t even a rounding error compared to other mass energy sources. Coal kills hundreds of miners directly every year, and thousands more with its pollutants. When a dam collapses, the numbers can be huge. As happened with the 1975 Banqiao Dam catastrophe in China, which killed 179,000, and made 11 million homeless.

Chernobyl happened because of the socialist system of the old Soviet Union; the whole country was an environmental disaster in every way. Safeguards, even a containment building, weren’t even on their radar screen. Fukushima was a freak accident, the result of not just the largest recorded earthquake in Japan’s history, but a giant tsunami as well.

Nuclear is extremely clean. The few dozen cubic meters of waste from a plant can be encased in glass, and stored forever. And even viewed as a future resource. Each coal plant, however, generates cubic acres of radioactive ash annually. Hydro alters the entire ecology, by submerging many square miles of land behind the dam.

Nuclear should be extremely cheap. It only costs as much as it does because of the immense amount of regulations imposed on the industry. Even with all the political and legal barriers erected against it, nuclear is still the cheapest source of baseline energy. In a free market, its cost would be a fraction of its competitors’.

Furthermore, today’s nuclear power plants are second or maybe third generation, with 50-year-old technology. If the industry wasn’t so heavily regulated, and there wasn’t so much anti-nuclear hysteria, we’d already be using self-contained miniature plants. Reactors would be the size of those on nuclear submarines, hermetically sealed, fueled for 10 years, buried, and powerful enough to run a town of 10,000 people. Anywhere, with trivial transmission costs.

We probably wouldn’t even be using uranium at that point. We’d probably be using thorium, an even better fuel. We only use uranium because the government needed nuclear weapons when the technology was evolving in the late-’40s – but that’s a whole other topic.

Today’s plants are fantastic, even with today’s highly regulated and politicized environment. But they’re 50 years behind where they could and would be because of the anti-nuclear hysteria. It’s as if the government decided cars were dangerous – which they are, killing 50,000 people a year – in 1955. And halted further development of them. We’d all still be driving ’55 Chevies.

Justin: Doug, I agree that most of the anti-nuclear hysteria stems from the belief that it’s dangerous. People associate it with meltdowns.

But the left seems to view nuclear power even less favorably than the right, despite the fact that it’s a cheap form of clean energy. Why do you think that is?

Doug: Why, indeed, does acceptance or rejection of nuclear power generally break down along political lines?

You’re correct to point out that the left tends to be anti-nuclear while the right tends to be pro-nuclear. Part of the reason is that rightists are generally pro-technology; they’re interested in controlling nature and the physical world. Leftists, on the other hand, are much more interested in simply controlling other people, and social engineering.

It goes beyond nuclear power. The same is true of the environment. The left says, “Earth first, Earth above all! Save the trees, save the bees, save the whales, save those snails!” Many of them feel that humans are a plague upon the planet. They like the idea of birds and the bunnies much more than the reality of people. Which is odd, since you mostly find them living in big cities, like New York, Boston, LA, or San Francisco.

In fact, rightists are generally much more sensible environmentalists. For instance, hunters are generally hardcore conservationists – and they’re almost always politically right-wing. They support the environment in practice – not just by lobbying and kvetching.

Look at the current controversy over global warming and anthropogenic climate change. The political breakdown mirrors that of nuclear almost exactly.

Rightism has its problems, but Leftism is a genuine psychological aberration, an actual psychological disorder. As support for that statement, I offer absolutely every one of the current Democratic candidates for president. Leftists say they love humanity in general, especially the poor. In fact they hate other people as individuals – including themselves. However, they’re clever hypocrites that disguise this with rhetoric about unicorns and rainbows.

For instance, the whole idea of hate crimes came out of the left, not out of the right. All of the mass murderers of recent history – Stalin, Hitler, Mao, Pol Pot – were collectivists. Some will say Hitler was “right wing,” which is ridiculous. He was a national socialist, with all the left’s views, adding a hatred for Jews, and a passion for nationalism.

That said, I don’t have particularly high regard for most of my fellow men once they form groups. Watch a political rally – something collectivists love – and it’s easy to see humans as just highly evolved chimpanzees. But I do like individual people. Leftists on the other hand say they love humanity in general, but they hate most people one-on-one.

But I don’t want to go off on too much of a tangent. As a libertarian, my philosophy is neither “right” nor “left.” When it comes to nuclear power, and most areas of scientific and technological controversy, however, I find I align with the right.

Justin: Good stuff. Thanks for taking the time to speak with me today, Doug.

Justin’s note: Next Wednesday, March 27 at 8 p.m. ET, Doug will share arguably the five biggest and most controversial predictions of his entire career. And you’re invited to attend.

This is a world premiere event… one of the most important nights in our firm’s history. But fair warning: it will be highly controversial. Doug will lay out exactly what’s in store for the U.S. in 2019 and beyond. Whether you agree with him or not, you owe it to yourself to hear what he has to say.

Plus, you’ll get the details on five politically incorrect speculations that could hand you returns of 1,000% or more over the next year.

If you haven’t signed up already, you can do so – for free – by going here.

Do you think the Left is hypocritical to write off nuclear power? If the goal really is cleaner energy, why would they overlook the safest, cleanest, cheapest form of mass energy? Let us know your thoughts at [email protected].

“Who is Doug Casey and why’s he saying these terrible things?”
—The Washington Post 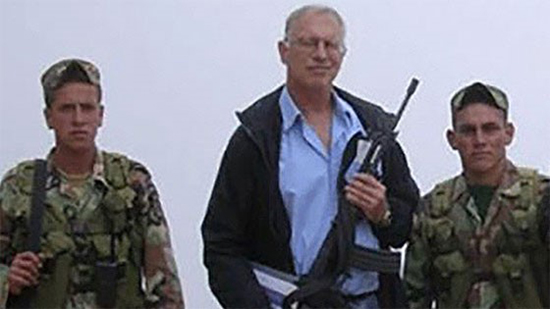