Somalia is a country on Africa’s east coast. Most people don’t know anything about the place, other than that it’s infamous for pirates.

But that’s not the only thing that makes it “special.” You see, Somalia is also one of the only countries that doesn’t have an army.

Now, I couldn’t decide if Somalia was better or worse off because of this. So, I called up Doug to get his take…

Justin: Somalia doesn’t have an army. Is this a good thing or not, Doug?

Doug: I’ve spent a fair amount of time around Africa, but I haven’t been to Somalia. So I can’t make firsthand comments about the place. Neither can many other people—it’s risky and dangerous to travel to Somalia, and it has few attractions.

All that most people know about Somalia is what they learned in the movie Black Hawk Down, about an episode in the pointless and catastrophic 1993 US intervention in their civil war.

I subscribe to Foreign Affairs, which is the mouthpiece of the Council on Foreign Relations. I was drawn to one article because the author came across as shocked that Somalia doesn’t have an army. Nothing new—the magazine is full of bad ideas, but I like to know what the Establishment is thinking. The author recommended that Europeans or Americans should come in and train an army for Somalia. Which is an idiotic idea. Maybe even goofier than keeping the 25,000 “peacekeepers” from a half-dozen African countries there. You can be sure the current “peacekeepers” mainly shake down local merchants, molest the local females, and get in bar fights. African armies are all, without exception, just armed mobs wearing uniforms.

The purpose of an army is to protect the people of one country from other governments outside its borders. However nobody’s looking to conquer or attack Somalia—there would be zero profit in it. Although it’s probably the most homogeneous state on the continent, it’s a total failed state. It produces nothing—just subsistence agriculture, bandits, and pirates. Its only export is hundreds of thousands of migrants, mainly to the US, the UK, Canada, and Scandinavia. They bring their bad habits with them.

It’s a good thing that Somalia doesn’t have an army. Armies in third-world countries don’t defend the people from other armies. They exist solely to suppress the people, keep the ruling cliques and clans in power, and act as a lever for the next coup d’état.

Justin: But Doug, it sounds like Somalia is being torn apart by warlords. Wouldn’t an army presence bring stability and safety to the people?

Doug: No. An army wouldn’t bring stability. It would make these problems worse. The numerous warlords would try to capture the loyalty of various army units, while they were in open warfare against others. The army would also be a source of arms to various gangs; soldiers would sell their weapons to the highest bidder. And since the army could only be supported by foreign aid, it would act as another huge epicenter of corruption. As is the case with every army in Africa.

But you’re right. The country is pretty much ruled by warlords and gangsters. Adding an army to the mix is just asking for trouble on a larger scale. Whoever controlled that army would just become the next dictator—assuming he was competent enough to wipe out competing armed groups.

As strange as it might seem, the country is probably better off with lots of warlords and gangsters. They have their own territories, where they act as governments. They tend to limit warfare because it’s expensive and dangerous, and there’s not much to steal from the gangster next door. Upsetting the status quo is a formula for a bloodbath. The place has essentially been in chaos since independence in 1960, first as a pawn between the US and the USSR, then in a constant civil war since 1991. It’s said something like 500,000 Somalis were killed in fighting.

Now the fighting is mostly between the African “peacekeepers,” paid by the US and Europeans, against Al-Shabab, an Islamist group. Al-Shabab are termed terrorists, of course, and they are. But they’re probably better described as religious fanatics who want control of the government. As in most primitive countries, especially those who follow the Prophet (P.B.U.H.), the people take their religion very seriously.

What Somalia needs is rule of law and a proper police force. Which is true of just about every country in Africa. But Somalia won’t likely get that unless the culture changes. That’s extremely hard to do. The only law likely to stick is some variety of Sharia. That’s understandable, since Somalia is largely illiterate and 100% Muslim. After all, it’s estimated that half the Mohammedans, even in the US, would like to see Sharia law. So, the situation’s pretty hopeless.

Justin: Couldn’t the United States or a coalition of countries come in and help establish rule of law? Is Somalia just not strategically important enough?

Doug: When a country becomes “strategically important” it’s usually just a tipoff that the place is about to be invaded, or the government overthrown. There’s absolutely nothing strategic in places like this, unless you want to foment a war.

But you’re right. Somalia, and the rest of Africa for that matter, has absolutely nothing to offer the western world. Sure, they have mineral resources. But they’re worth nothing without huge capital investment, and expertise to run the business. You can’t “invest” in a place like this; you can only speculate, or trade, or hit and run.

So what should be done? Well, to start with, we shouldn’t give them any foreign aid, which is almost all either wasted or stolen. It simply inculcates corruption and bad habits. Particularly military aid. Aid only cements these people to the bottom of the barrel, and makes things worse.

Instead, we should leave these countries alone. They should be allowed to retribalize and sort out their own problems. It’s absolutely counterproductive for foreigners to impose solutions—especially when you’re dealing with a totally alien culture.

The problems of Africa can’t be solved by training local armies—which is what the US is now trying to do all over the continent. All African countries are completely artificial constructs. They’re made up of tribes and clans. Different religions, customs, and languages. And none of these tribes like each other. They’re historical enemies.

Somalia is a nightmare—and it’s actually got fewer problems than most. At least Somalis are all the same religion, language, and ethnicity.

Setting up a central government and an army won’t improve things. That’s just making a big disaster out of a bunch of little ones. You’re just giving them something powerful to fight over. The numerous groups will simply fight to gain control of the government, and one will lord it over all the others.

Justin: Do you really think Somalia will sort itself out?

Doug: Somalia is a classic failed state. It may take many, many decades to stabilize. Maybe the hundreds of thousands of expat Somalis will go back home, and bring enough education, capital, and Western values with them to make a difference. Maybe…

Even if it took years, anything is better than having the United Nations come in, which is the alternative. Somaliland is next door to Somalia, and it’s doing relatively well. Although it’s unrecognized by any other country, or the UN, Somaliland is proof that these places can self-organize, if they’re allowed to.

The UN itself is nothing but a corrupt club for bureaucrats. They leave their shithole countries, go to New York, and live high off the hog. It serves absolutely no useful purpose. It should be abolished.

Countries like Somalia should be left alone to sort themselves out. They produce nothing. But they don’t have to, because of foreign aid, and expat remissions. The good news is that they’re unlikely to harm anybody else because they’re still stuck in the technological Stone Age.

If these countries are left alone, eventually foreign entrepreneurs and capitalists will come in, build productive enterprises, and change the culture to the extent that people can start producing something on their own.

Justin: Doug, one of your hobbies is trying to privatize troubled countries. When you sit down with these government leaders to have these conversations, what do you suggest that they do with their militaries?

Doug: Well, it can be tricky because I’m usually speaking with whoever runs the government, and they usually rely on the army to stay in power. I need to be delicate about what I say.

They could be all these things if they privatized the government. Specifically, I suggest that they take 100% of the government’s assets—everything from the post office to the national airline to all the State land—and put them in a publicly traded corporation. They would then divide up most of the shares to every man, woman, and child in the country. The people would become shareholders in the government and its assets.

In short, you’d turn the government into a corporation that paid shareholders dividends instead of merely taxing the people.

Of course, that’s the short answer—there’s much more to the plan. This probably deserves its own book—what I can say in a paragraph only brings up more questions. But the basic idea is to turn the government on its head—to allow everyday people to own a tangible piece of the government instead of being owned by the government, which is how it works today.

Justin’s note: This October, you can meet Doug, along with all of our Casey gurus—Nick Giambruno, E.B. Tucker, Dave Forest, and Marco Wutzer—at the first-ever Legacy Investment Summit. You’ll also have the chance to hear from some of the brightest minds in our business, including Bill Bonner and Teeka Tiwari… and special guests John Stossel and Glenn Beck.

This is unlike anything we’ve done before. And we’d like to give you $1,000 in bonuses just for attending. Click here to learn more.

Today, a reader responds to our recent Dispatch on the opportunity in marijuana stocks: “Why Outright Marijuana Legalization Is Closer Than You Think”…

Good writing. On the comparison between pot, meth, and cocaine, that they classified pot as more dangerous than the other two, well the scheduling is arbitrary and never has anything to do with danger anyway.

It’s only the things which are enjoyable that get banned. That anyone thinks there can be such a thing as a “controlled” substance is insane. You aren’t a free man if you don’t control your own body.

Nothing on earth has gone from taboo to billion-dollar industry faster than marijuana. Tobacco and beer sales have plummeted. The opioid crisis has decimated drugmakers. And now, Big Tobacco… Big Alcohol… and Big Pharma are all turning to pot to save their industries. And they’re snapping up pot companies left and right…

For details on three tiny pot companies that are ideal takeover targets for corporate giants, watch this new video… 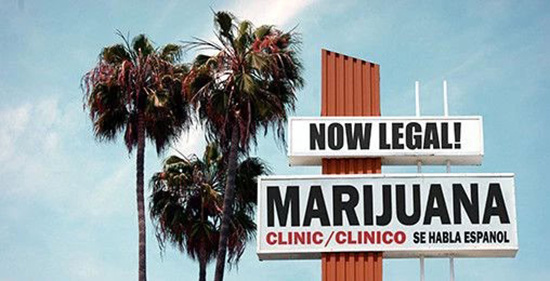