That’s no secret. But not everyone knows how Doug made his fortune. It wasn’t a case of dumb luck. Doug – like any successful investor – has developed his own specialties, approaches, and methods over the years.

One of those time-tested strategies is Doug’s 10 x 10 Approach. In short, Doug likes to divide his risk portfolio across 10 unrelated areas, each with the potential to increase 10-fold in value over the course of a business cycle. This way, nine of your 10 speculations can go to zero and you’d still preserve your capital if just one of your speculations went up 10x.

Of course, finding moonshots isn’t easy. That’s particularly true in the current environment, with stocks, bonds, and many other traditional assets trading near record highs.

Justin: Doug, value is hard to come by these days. So where can speculators find 10-baggers?

Doug: Commodities, as a whole, have been in a very bad bear market since 2011. Junior mining stocks are very cheap right now. Most of them are gold plays. Relative to the price of gold they’re about as cheap as they’ve ever been in the almost 50 years since the dollar was completely delinked from gold. Of course, 90% percent of them are complete and utter crap. But a small percentage of them match up with my 9 Ps, and are worth owning as lottery tickets on an eventual commodity turnaround – which is quite overdue.

If you know what you’re doing, now is a superb time to buy. Regrettably, most people don’t get involved in any market until it’s made a big move. They’ll hear commodities touted on TV, and friends are discussing them at cocktail parties. And pile in near the top.

The best time to get into any market is when it’s fundamentally cheap, there’s no interest in it, and it’s showing signs of going up. Commodities cover all those bases but the last. However, even though they aren’t moving up yet, they’re bottoming.

The chances of small resource stocks going 10-to-1 are very high at this point. Some individual stocks could go 100-to-1. Not over a lifetime, but in the course of a few years. It’s happened numerous times before, and will happen again. Mining exploration and development stocks are the most volatile class of securities in the world. And the riskiest. They have many peculiarities. They’re definitely not growth stocks. That’s one reason why you won’t find Warren Buffett in them.

Justin: Can you get a little more specific, Doug? What commodities have the most upside?

Doug: They’re all cheap in real terms at the moment. Gold, silver, copper, and uranium are the most obvious candidates among the metals. But there are 92 naturally occurring elements in the Periodic Table, plus many more compounds. They’re the raw materials of civilization. Speculating in the commodities themselves is one thing, however. Speculating in the companies looking for them adds another layer of complication.

Agricultural commodities are also extremely cheap. In fact, as we speak, wheat, corn, and soybeans are hitting 10-year lows. In real terms they’re near all-time lows. Now there are some good fundamental reasons for that, which I won’t go into now. It’s a long story. But the longest bear market in history – since about the end of the last Ice Age 12,000 years ago – is commodities. I’m involved in ag as well.

Justin: I understand the bullish argument for the metals, as do many of our readers. It’s a topic we hit on regularly. But can you tell me why you’re so bullish on soft commodities?

Doug: Well, I have several farms here in Argentina and Uruguay. I can tell you that nobody is making any money on cattle. You’re just trading dollars. You might think it’s as simple as each mama cow having a baby cow every year, which looks like 100% compound interest. But it’s not that simple. Nobody can make any money on corn or soybeans at current prices, either. If you can, it’s because you’re an excellent operator who’s dealing in large numbers. Even then it’s a very marginal return. Most farmers grow things out of habit, not because it’s profitable.

Those are the big commodities. But this is also true of specialty crops like olives, grapes, nuts, and blueberries. They get popular every once in a while. Lots of money pours in, and prices collapse. Coffee is cheap now, and so is cotton. Wool is so cheap they don’t even trade it any more. Raising dairy cows for milk is a great way to lose money and make yourself crazy in the bargain.

That said, now is a good time to get into farming. If you like to buy at the bottom, and can hang on until the cycle turns.

Although, with technology improving constantly, there are a hundred farms that go under every week. And I’m not even counting force majeure, like floods, droughts, heat waves, cold snaps, and the like.

Very few people are taking up farming, and kids that grow up on farms generally want to move to the city, and do something else. This is true all over the world. Farming has become an industrial occupation.

There are exceptions, like my friend Joel Salatin, who runs an extremely efficient and clever integrated operation – cows, pigs, chickens, and what-have-you – on his spread in Virginia. You should read his books on how he does it. But he’s an exception, and you have to be exceptional to make it work.

In general, farms are now giant monocultures of wheat, corn, and soybeans. It’s very dangerous because anything can go wrong with a gigantic monoculture. To me, it’s just asking for trouble, waiting for the right pest, perhaps a fungus, bacteria, or a virus, to come along and create a famine. Meanwhile, the plants are bathed in pesticides and chemicals that will eventually destroy the soil, along with the worms and bacteria that create it. At the same time irrigation is rapidly depleting aquifers that can take hundreds, or thousands, of years to replenish.

At some point lightning will strike, in North America or elsewhere, and you’ll see grains skyrocket overnight.

On the other hand, big advances are being made.

Justin: What sorts of advances?

Doug: In the future, farms might be vertical. They might be part of high-rise buildings where you’ll be able to grow things on every floor. That will give farm-to-table new meaning. Cheap electricity from nuclear, or other new technologies, will make greenhouses in cities feasible and profitable. Genetic engineering will improve production per acre even more than did the Green Revolution of the ’60s and ’70s. Hopefully the current regulatory structure will collapse of its own weight, freeing farmers to innovate.

It’s a complex topic, and there’s much more to be said. I suggest readers look at the work my colleague Dave Forest is doing at International Speculator. Now is a good time to be long commodities. We could talk about mining and farming and how you might make or lose a fortune in them for hours. There’s a lot more to it than in the days of Deadwood and Little House on the Prairie…

Justin: Thanks for talking with me today, Doug.

Last year’s Summit was a resounding success. And this year’s is guaranteed to be bigger and better. Not only can you meet our brilliant analysts… you’ll also have the chance to hear investing ideas you won’t find anywhere else.

At our 2018 event, attendees received 40 unique investing recommendations and wealth-building strategies. That’s more than most financial publishing companies offer in a whole year. And we’ve got even more on tap for this year…

Do you think Doug is right about where to look for 10-baggers? Are you invested in metals or bullish on soft commodities, too? Let us know at [email protected].

The man CNBC called “The Prophet” has made a prediction that could double your money with some of America’s safest investments.

He’s called the dot-com crash… the housing crisis… and more. And now, along with announcing the biggest prediction of his career – he’s also revealing the secret to his investing success.

To find out all the details, just go right here… 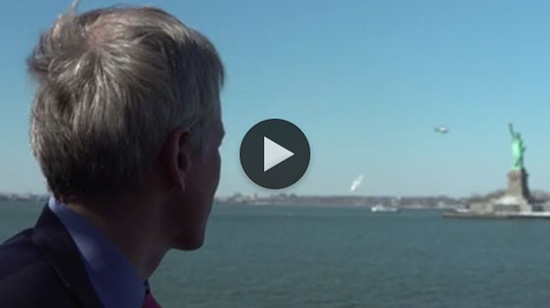