William Nordhaus, one of the recipients, was awarded the prize for his work on climate change. Paul Romer, the other recipient, won for research on how regulations and policies can encourage new ideas and long-term prosperity.

The Royal Swedish Academy of Sciences, which selects the recipients, called these the “basic and pressing” economic issues of our time. And I believe many people would agree with that statement.

But Doug Casey isn’t one of them. I know because I recently spoke with Doug about this topic. And, as usual, he had some interesting things to say. See for yourself in today’s Conversations With Casey.

Justin: Doug, what do you think of the latest Nobel Prize in Economics winners? Do they deserve the award?

Doug: The Nobel Prize in Economics should be abolished, along with those for Literature and Peace. All three are passed out arbitrarily, to whomever is currently in fashion, or has the best political connections.

These prizes have about zero relationship to those for Chemistry, Physics, or Medicine—where the achievement is quantifiable, and of objective benefit to humanity.

This year’s winners of the Economics Prize, Romer and Nordhaus, are typical. Neither is a real economist. An economist is someone who describes the way the world works, how men go about producing and consuming in a voluntary marketplace.

These guys aren’t economists. They’re political apologists, who prescribe the way they think the world ought to work, and try to enforce their notions on society. The whole study of economics is quite degraded. It’s now viewed as a subdivision of mathematics, with all kinds of arcane and irrelevant formulae. In fact, economics is a division of philosophy.

Romer, the son of a former Colorado governor, basically puts forward the notion that governments should encourage, or direct, spending to speed up progress. It’s a ridiculous notion, assuming bureaucrats are wiser and smarter than the people who actually created the wealth. It’s an idiotic and destructive view that underlies all socialist and fascist systems. The USSR was an archetype of this thinking. I’m genuinely surprised people don’t laugh and roll their eyes when they encounter these nostrums.

Justin: How about Nordhaus?

Doug: Well, his hobbyhorse is anthropogenic global warming [AGW], and what governments should do about it. This opens up several cans of worms. Number one, does AGW exist? And if it does, should the government do something about it?

Despite everything said in the popular press and in some scientific papers, my belief is that AGW is completely trivial. And what is there is going to drop as improvements in technology make all industrial and consumer processes vastly more efficient. The current hysteria has very little to do with physics, and almost all to do with aberrant psychology.

Can humans change the environment? Of course they can. We do it all the time. Humans have wiped out various species over time—everything from the dodo bird to the passenger pigeon to almost all of the North American buffalo. Humans can have a huge effect on the environment. But does that mean humans are causing AGW?

Contrary to what you hear in the popular media, the proposition is completely unproven. The temperature of the earth has varied radically throughout history, going back 4.5 billion years. This includes an epoch about 500 million years ago when the whole earth was a snowball for as much as 200 million years. Although the earth will wind up fried to a crisp in a few billion years when the sun turns into a red giant, cold is probably a bigger risk than heat. The sun is all that keeps us from approaching the absolute zero of interstellar space.

CO2 is plant food; it is to plants what oxygen is to animals. At about 400 parts per million in the atmosphere it’s really just a trace gas. The vast majority of the so-called Greenhouse Effect is actually caused by potentially much more deadly dihydrogen oxide vapor. When the man in the street is told about this danger, about 10% of them want the government to illegalize it.

Atmospheric CO2 levels are dictated by volcanism and absorption of the gas in seawater. There are thousands of active volcanoes on the planet, spewing CO2, SO2, CH4, and numerous other greenhouse gases in massive quantity. A lot is absorbed by seawater, which has a vastly larger effect on the climate than the atmosphere.

Over the long run, however, CO2 levels are driven by rocks. What happened to all the CO2 when it was, say, 20% of the atmosphere—that’s 200,000 parts per million? It’s now the carbonate part of limestone-calcium carbonate—and other rocks.

People have completely forgotten that in the 1970s national magazines were showing images of glaciers knocking over the skyscrapers in New York because they were afraid of a new ice age. People have also forgotten that from about the 1500s through the 1800s, we actually had a little ice age. Before that was the medieval warm period, 700-1400 AD, and before that another cold snap that coincided with the Dark Ages. From roughly 200 BC to 200 AD—coinciding with the rise of the Roman empire—the world was warmer than it is today. They weren’t big CO2 emitters…

Justin: That’s an interesting point of view. After all, the vast majority of people believe humans are behind the planet’s rising temperatures.

Why do you think that is?

Doug: A combination of hysteria, ignorance of science, and where the money is coming from. Almost all the money for research comes from grants. If you want a grant you have to display the right political attitude. The whole idea of global warming is completely corrupting the science community. If you deny AGW, it’s like denying the Jewish Holocaust in Europe. They won’t even talk to you. You’re certainly not going to get a government grant. Government and foundation grants are what drive science today.

It seems the search for important truths is no longer what science is about. It’s not so much about self-motivated geniuses like Newton, Darwin, and the other dead white males of the 17th through the early 20th century. It’s about money.

What I’m really afraid of is that when the AGW boondoggle is debunked, it’s going to delegitimize science in the view of the average man. It won’t be hard to do, I suppose, since half of Americans apparently believe cavemen roamed the earth with the dinosaurs.

Anyway, the biggest single influence on the climate of the earth is not any of these other things I mentioned. It’s the sun itself. In fact, the earth has been getting warmer for the last 12,000 years since the end of the last ice age. And there have been about a dozen ice ages in the Pleistocene period alone. So, there’s as much reason to believe that this interglacial period of warmness we’ve had for the last 12,000 years is cyclically trending towards getting cooler again.

Justin: So, I take it that imposing a global scheme of universally imposed carbon taxes—Nordhaus’ suggestion—wouldn’t solve this problem.

Doug: No. It’s an insane solution to a non-problem. Further proof that Nordhaus is a political hack. And the whole AGW mania is a scheme to direct more power to governments, and more resources to them and soothsayers like Nordhaus.

These people always come up with the same answer to absolutely any real or imagined problem. More taxes and more state intervention. Governments, naturally, like these ideas. It’s more power to the people that are running the government.

Instead of pursuing a career in economics, where he can do all this damage and insinuate all these faulty ideas into society, we’d all be better off if Nordhaus was gainfully employed in manual labor.

Most of the people that get Nobels in Economics, Peace, or Literature are actually enemies of humanity. Or, at best, undeserving. They gave Barack Obama a Peace Prize when he was president. What was the possible reasoning for that? Perhaps they’ll also give him one for Literature when he has a ghost write his memoirs, and one for both Economics and Medicine when ObamaCare collapses the economy…

Justin: Thanks for your time, Doug.

Justin’s note: Recently, we broke new ground at Casey Research. We just revealed a revolutionary way to make big money from gold—even if the spot price stays flat or continues to fall.

Doug says, “This is the one investment you need to hold in addition to physical gold.”

This “new gold” investment has delivered gains of 169%, 264%, and 9,001% over the past year… And there’s still massive upside ahead. For more details, click here to watch this urgent presentation.

When Tesla opened its $5 billion battery factory—called the “Gigafactory”—prices of one critical metal spiked immediately. And companies who mine this metal saw their shares surge as high as 4,066%.

And China’s new battery factory is expected to be 50 times larger than Tesla’s. How much higher could it send the price of this metal—and shares of the obscure, tiny company that mines it? Click here to find out. 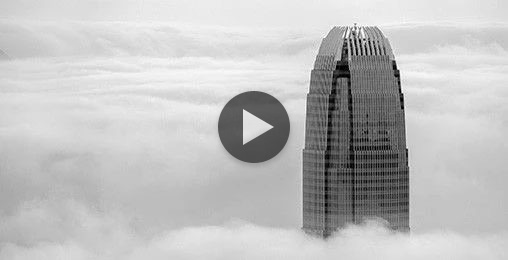