Khashoggi, as I’m sure you’ve heard, was a Saudi journalist. He lived in the United States, worked for The Washington Post, and was highly critical of the Saudi regime.

Last month, Khashoggi walked into the Saudi Consulate in Istanbul, Turkey… and never walked out. The story is that he was tortured and murdered by 15 Saudis before his body was dissolved in acid.

You can see why this is such a big scandal. But maybe it shouldn’t be…

I say this because of a recent conversation I had with Doug Casey. Below, you’ll find a transcript. We hope you enjoy.

Justin: Doug, what do you make of the Khashoggi story? Is this as big of a deal as the media is making it out to be?

Doug: Okay, let’s consider what’s supposed to have happened. There’s a journalist who was apparently quite wired with the Saudi Royal Family. He’s been saying some things that they don’t like while living in the United States. He goes into the Saudi Consulate in Istanbul and never walks out.

Now, the story is that a hit team was flown in from Saudi Arabia. They tortured him, chopped him up, and disappeared his body in suitcases.

Of course, this is grisly stuff; gentlemen aren’t supposed to dismember other gentlemen. But governments do this type of thing all the time. Hearing about it makes me feel like Inspector Renault in Casablanca: “Gambling at Rick’s? I’m shocked! Shocked!”

How is this any worse than what the U.S. government has done by sending people off to black sites to be tortured, and for all we know, killed? Or what other governments do on a daily basis? Why is this such a scandal? I’ll tell you why. It’s only because what Stalin said was true: “One death is a tragedy. A million deaths is a statistic.” This is a single death, so everyone can appear to be shocked. Shocked!

Governments do this sort of thing for a living. The State is based on overt force and covert coercion. So, why should anybody be outraged about this? This is especially true when you consider that the Saudi regime is actually medieval.

It’s a bizarre, totally corrupt, backward medieval theocracy. The concepts of free thought, free speech, personal liberty, due process, and the like simply don’t exist for them. The U.S. government should be ashamed to have friendly relations with the country, to have them as an “ally,” or even a puppet. Everything they represent is not just different from, it’s antithetical to everything the idea of America stands for. It’s Pollyannaish—no, criminally naïve and disingenuous—to act shocked by the Khashoggi affair.

Justin: What does this scandal say about the future of Saudi Arabia?

I ask because many people thought Mohammed bin Salman [MBS] would bring long overdue economic and social reforms to the country. But it appears that this hit came from the highest levels of the Saudi government. Many think MBS may have even ordered it.

Doug: Well, MBS is a younger guy. He’s only 33 years old. He’s not an octogenarian like many of the other people around the palace.

That might augur well. MBS is quite familiar with the West, albeit mostly five-star hotels, posh restaurants, and expensive cathouses.

But you shouldn’t believe much of what you read about MBS. Much is official spin, reinterpreted by some reporter, who may have little knowledge of the place. Or may actually be on their payroll for all we know.

But it would appear MBS is a basically sincere—which is to say fanatical—Wahhabi Muslim. So why should there be any radical changes, other than a few things around the margins, like allowing women to drive?

The thing you’ve got to bear in mind about Saudi Arabia is that this is a country of 30 million people and 60% of the population is under the age of 30. That makes it inherently unstable. Young people tend to want “stuff,” and they want it yesterday. And this in a country that has no work ethic. The place could easily have a revolution.

And, again, there’s absolutely no work ethic. All the native Saudis are directly or indirectly on welfare. They’re all unbelievably corrupted by their oil revenues. The people that do all of the work in Saudi are imports—Pakistanis, Bangladeshis, and Filipinos. A country where all the citizens are essentially parasites—spoiled brats—and all the workers are serfs, at best, is not going to be a success.

The place has none of the elements of Western civilization. In fact, without continuing inputs of capital and technology from the West, the Saudis, trapped by their especially perverse brand of Mohammedanism, might quickly revert back to living in mud huts.

In addition, MBS is mainly responsible for the Saudi’s war in Yemen. But that’s none of our business. Backward countries like this will always fight with each other for reasons that we can hardly understand. It’s almost like the Hatfields and McCoys.

The chances of regime change, whether by foreign invasion or domestic revolution, are about 100%.

Justin: What happens to Saudi Arabia then?

Doug: It’s going to be taken over by somebody again. The U.S. government is likely to invade it for the same reasons that we invaded Afghanistan, Iraq, and Syria, and destroyed Libya. This is going to end very badly, because all that oil is—any government will tell you, even while denying it—worth killing for.

If I were a Saudi Prince, I’d do two things. Number one, I’d quietly move almost all of my money outside the country. And secondly, I’d have my jet fully fueled with pilots on 24-hour alert, ready to get the hell out of the place when it blows up. Because it absolutely will.

Justin: So what do you make of the response by the U.S.?

As far as I know, the U.S. government has only revoked the visas of 21 Saudis who allegedly played a role in this incident. You can hardly even call that a slap on the wrist…

Doug: The U.S. will do nothing, except say it’s all a pity. And—I mean this—that’s all they should do. Arabia is just another primitive country doing awful things. Nothing unexpected. They call it Saudi Arabia because that was the name of the king. The place is a medieval fiefdom. But again, all governments do these things. It should be completely expected.

What are we supposed to be? The international arbiter of morality? If that was the case, you couldn’t deal with any government around the world. Certainly not a Muslim government, which has very different concepts of morality.

It’s not our problem, and only an idiot would try to make it our problem. You’re not going to change the culture of these people. Nor do we have any right to try.

As for the hundred billion dollars in arms sales, I’d say sell it to them. For one thing, because all that stuff is junk. In today’s world, it’s even junk in the hands of an advanced country. In the hands of a Third World country like Saudi Arabia, it’s not going be maintained properly; those F-35s will be unflyable in a few years. If they do fly for a few missions, they won’t be deployed properly. These are just expensive toys for boys. It will work about as well as giving your 12-year-old the keys to a Ferrari, a bottle of Jack Daniel’s, and instructions to have a good time.

So, sure. Sell them all you want.

Justin: You really think giving the Saudis more firepower is a good idea?

Doug: Sure. It can’t possibly be used against the U.S. And if they don’t buy from us, they’ll buy from the Chinese, the Russians, the Brits, the Indians, or numerous other purveyors. The more you sell them, the sooner they’ll go bankrupt. And the world will—probably, eventually—be better off when there’s a regime change in Saudi Arabia.

The problem is that things usually get worse, not better, when there’s a regime change in a country like Saudi Arabia.

You’ve got tens of millions of young Saudis who see their 5,000 princes stealing and living high off the hog. They want to join the party too. It’s going to be complete chaos when the place blows up. And it’s completely inevitable.

Justin: Interesting. And what about the geopolitical ramifications of this scandal?

Turkish President Recep Tayyip Erdoğan appears to be using this incident as an opportunity to embarrass the Saudi regime. Do you think that tactic will work? If so, how could the balance of power in the Middle East change because of this?

Doug: Well, there’s no doubt in my mind that Erdoğan is cut from the same cloth as these other strongman types that have recently taken power around the world. You have Erdoğan in Turkey, Xi in China, MBS in Saudi Arabia, Modi in India, Putin in Russia, and now Jair Bolsonaro in Brazil. And of course The Donald here in the U.S.

The coming decade is starting to look more and more like the 1930s in lots of ways. The only thing that you can predict is that these people are going to do what governments have always done. They’re going to jockey for position and try to steal each other’s resources. They’ll blame foreigners for economic problems at home. And they’ll paint evil foreigners as threats, to unite their populace. That often leads to war.

War—but something quite different than in the past—is in the cards.

Not only will you get the inside scoop on why there’s never been a better time to invest in tiny tech stocks, you’ll also receive four of the stocks on his watchlist… just for signing up.

Early investors could see gains of up to 1,032%, but only if they act fast. For more details, read on here. 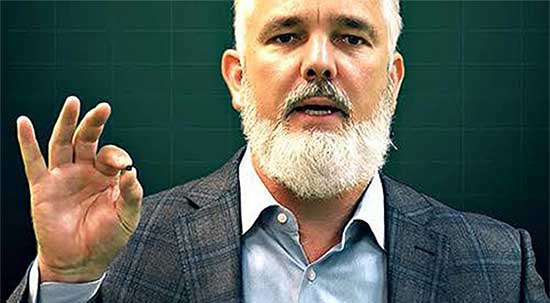