Justin’s note: The U.S. government is shut down.

It has been for 28 days now – making it the longest government shutdown in U.S. history by a wide margin. And there’s no telling when it will come to an end.

So it shouldn’t come as a surprise that the media’s having a field day with this. But I can’t help but wonder if this is as big of a deal as people are making it out to be. So I got Doug Casey on the phone to see what he thinks…

Doug: I’m not surprised, but I’m definitely pleased. There have been a number of shutdowns in the past. Sixteen days under Obama. Twenty-one days under Bill Clinton. Five separate shutdowns on Jimmy Carter’s watch. This one, like its antecedents, is no more than a tempest in a toilet bowl – just a nuisance for a small segment of the population. A proper shutdown would include the IRS [laughs].

In this case, the shutdown is because Trump isn’t getting the $5.7 billion he wants for his wall. But this begs the question… should there even be a wall? My answer is “no,” for a number of both practical and philosophical reasons. Keeping illegal aliens out is a good idea. But it would happen naturally if just two things were done.

Point number one, get rid of the welfare benefits that draw the wrong kind of people. During the 19th century, and up to the 1930s, there were absolutely no welfare benefits for immigrants – or anybody else, for that matter. As a result, you attracted opportunity seekers.

Point number two, all U.S. property should be privately owned. Including streets, sidewalks, and parks. That way if they can’t support themselves, or make an arrangement with somebody who will, they would simply have no place to sleep.

No welfare?! No unowned property where vagrants can loiter?! It sounds heartless. But I have no doubt that people like Congresswoman Ocasio-Cortez, New York’s Mayor DeBlasio, and thousands of other generous public servants would feed, clothe, and shelter them at their own expense.

But in today’s world, the public doesn’t want less government. They want much, much more. Polls show most Millennials favor socialism. So we can look forward to a paradise for the workers and peasants in the new future.

However I’m afraid nobody is looking at the important thing here.

Justin: And what would that be?

Doug: Some rather basic principles. Our topic is not why this shutdown occurred. It’s whether or not the shutdown is a good thing or a bad thing. To answer that question we have to decide to what extent the federal government is necessary. Everybody assumes that it’s always been there, and has always been the behemoth it now is. The average American not only confuses the government with the country – they’re actually two different things – but sees Washington, DC as a fixture in the cosmic firmament.

So, let’s look at a few departments that have been affected by this shutdown, and see how important they are to the conduct of life in the United States. Obviously this isn’t even scratching the surface. A proper discussion would take years. But it’s worth taking a few minutes here because the average American – forget about the average European – hasn’t even considered the concept.

My view is optimistic and hopeful. Basically, all the departments that have been shut down should actually be abolished wholesale. They serve no useful purpose. If they are useful, they should be privatized.

The National Aeronautics and Space Administration [NASA] is an excellent example of this. Right now, 95% of its employees have been furloughed.

And I’m all for NASA in principle, or at least what it does. I’m a big fan of space exploration. But even though NASA is full of competent, high-IQ people, it’s run like the post office, or a DMV, or the military. It’s degenerated into a typical cost-plus government bureaucracy.

SpaceX, Blue Origin, and many other companies are proving that the private sector can do anything that NASA does – faster, cheaper, and better. Why? Because they’re not constrained by politics. They necessarily have to operate in a sustainable, efficient, innovative way. Because they’re doing it for profit. Which means they’re trying to create capital, not consume it.

Apart from that, the U.S. government is manifestly bankrupt. Soon enough, it won’t even be able to pay the interest on its debt, forget about science projects. That’s going to happen over the next couple of decades. NASA will be left high and dry – last in line for whatever funds there are.

NASA, and similar government enterprises, should be privatized. Either taken public in an IPO, perhaps with most shares distributed to all U.S. citizens, and its employees. Or sold to some company with an interest in space. That would turn it from a cash consuming liability into an asset.

Justin: What federal agencies would be better if taken over by the private sector?

Doug: The United States Department of Agriculture [USDA]. It has about 100,000 employees and spends about $140 billion a year. Those are amazing numbers, considering that only 1 to 2% of the U.S. population works in agriculture. Its useful functions – crop reporting, bio research and such – should be privatized. Of course all crop subsidies, price controls, planting limits, and the like should be abolished. They basically put farmers – especially politically well-connected ones – on welfare. And create distortions in the market.

The Department of Homeland Security should be abolished. In particular the Transportation Security Administration [TSA], one of their many divisions.

If airline security is necessary – if it actually makes sense to screen people before they get on planes – it should be the job of the airlines, not the government. Airlines shortsightedly offloaded the responsibility and cost of maintaining security to the taxpayer. But the costs should be reflected in the cost of flying. Air travelers who actually use this service – if that’s what it is – should pay for it. But it’s probably not necessary in today’s world of secured cabins.

What kind of middle-aged people – 60,000 of them – are willing to wear costumes and go through the dirty laundry of their fellow citizens, and interrogate them, for $15 an hour? It’s ridiculous and degrading theater.

Speaking of flying, the FAA [Federal Aviation Administration] should be privatized. In particular its critical Air Traffic Control division, which is always a generation or two behind in its technology. That’s not going to improve, because funding from a bankrupt government will be increasingly sparse.

Justin’s note: Tomorrow, we’ll share part 2 of our conversation, where Doug and I look at what the shutdown could mean for the National Park System as well as the Department of Defense.

If you enjoy these discussions, you’ll definitely want to get your hands on our book: Totally Incorrect 2. It’s Doug’s most controversial book yet… as well as a vital guide for surviving the changes happening in America today.

Readers continue to write in with their thoughts on Doug’s interview last week on Alexandria Ocasio-Cortez:

Of course, it’s futile! The current system is a complete failure for the middle class. So, folks are going want to try something different. There’s no need to be scared of a change. China is a total socialist/totalitarian regime that has lifted over 800 million out of poverty while still creating 1.34 million millionaires. Why worry?

Greetings, of course resistance to Cortez is not futile, as everyone is still entitled to their opinion. However, a point has been made that a single payer medical system would be cheaper than the current corporate abomination in the U.S. In addition, $800B annually on spent blowing up humanoids around the world would be better spent on surgeons and band-aids. One has to wonder how an economy, like Cuba, under 60 years of economic embargo can still provide basic medical care, while sending 10,000 doctors to Venezuela. Trump initiated tax cuts for the richest in America, some of which could have been used for Medicare, or education and Mr. Casey could still eat steak. We bailed out the banks to the tune of $17T, yet we can’t afford healthcare for all? Really? People fought the Pinkertons for a 5-day work week and legislation getting the 12-year-old out of the coal mines. It was an accomplishment that most have forgotten, but not everyone. It would be very much appreciated if the anarcho-capitalists could provide some examples of how private water and sewer systems would actually work, rather than just telling us how simple it would be. So far, I have just seen unmitigated disasters. Saludos.

Thank you for understanding the danger of having the so-called Dem-Socialist Cortez sitting in the House and talking non-sense. As a victim of the communists, I think Ms. Cortez’s ideology is for the idiots! She doesn’t know anything that she’s talking about. But it’s too bad that she is made a “star” for the unthinkable! For me, she is very stupid and naive! I hope that you will continue your mission to expose the wrong(s) in our society to prevent the mankind from suffering under the hands of the inhuman socialists/communists and communists’ sympathizers, and history won’t repeat itself! Thank you kindly.

Hello Doug, totally LOVED your article on AOC. What people don’t seem to realize is that someone has to pay for all these liberal “fantasies.” Of course I am a privileged white woman who put herself through college (while raising two children with no help), landed a successful career, and raised extremely successful individuals who know how to take care of themselves. No one paid my student loan. No one gave me free housing and food. I take care of myself with exercise, diet and a moderate lifestyle. I am kind and helpful to others – but cannot tolerate freeloaders. Most of all – I LOVE MY COUNTRY! Sorry for rambling – but some of the comments from others tell me that THEY need to get a grip!

Think of it as your reliable “cheat sheet” for predicting which stocks are about to skyrocket – several days or weeks in advance.

You can get all the details right here… 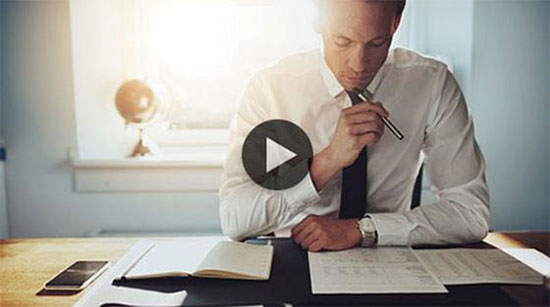