Justin’s note: “Alexa, did you witness a murder?”

Most people would never ask their Echo device this question. But authorities in New Hampshire believe an Echo smart speaker may have recorded audio during a double murder that took place last year. The judge in this case even asked Amazon to turn over audio collected from the device.

This is a huge deal, and not just for the parties involved in this trial. This story has massive implications for the future of privacy, as Doug Casey explains below…

Justin: Doug, the judge in this case ordered Amazon to turn over audio recordings from an Amazon Echo that was in the house when the two women died.

But Amazon declined to do so, saying it won’t hand over anything “without a valid and binding legal demand properly served on us.”

Is Amazon doing the right thing? Or should it be required to turn over such data when a murder or other serious crime has been committed?

Doug: Well, it’s quite proper for the local police to ask for data in a murder case. And quite proper for Amazon to insist on a warrant before giving it to them. No problem with any of that.

The problem – and what amazes me – is that people are putting these devices in their homes. Alexa, Siri, and their friends, are designed to pick up information from you and about you. That data stays in the cloud forever. It’s like inviting Dracula into your house. Trusting the goodwill of some corporation is utterly and completely foolish. We’re nothing more than digits to them.

I’m an anarchocapitalist. Which means I believe in a totally unregulated free market. But I’m not naïve about the numerous flaws in human nature. Large corporations are totally amoral. Count on them to be direct conduits to the NSA, CIA, FBI, or any other government agency. Don’t invite Dracula, disguised as Alexa or Siri, into your house.

Of course, it goes far beyond that.

Doug: The world has become totally digitized over the last couple of decades. Thanks to the Internet of Things [IoT], there are sensors everywhere. They’re not just on every street and in every store. They’re in your television, your car, your refrigerator, and God knows where else.

If you buy a new appliance today, it’s extremely hard not to end up with something that will monitor you. Of course, the argument’s made: “Well, if you don’t do anything wrong, you have nothing to worry about.” I suppose that’s true. Here’s a tip: you definitely shouldn’t commit a murder within purview of one of these devices.

But as Harvey Silverglate pointed out in his book, Three Felonies A Day: How the Feds Target the Innocent, you don’t know what crime you may or may not be committing. Your only hope is that the government is too busy or too incompetent to focus on you.

So you don’t want to make it easy for them to zero in on you, no matter how unlikely that might seem. Nor should you hope the courts will help if you’re caught in a Kafkaesque dragnet for some real or imagined infraction. District attorneys, prosecutors, are generally much more interested in convictions than justice. Apart from the fact “justice” is determined by judges, who are either appointed by politicians, or act as politicians when they’re elected – and afterwards. Even if a judge follows precedents, he’s likely to pick out precedents that suit his personal and political inclinations. So, it’s basically a charade. Your first line of defense is to deny adversaries information about yourself.

But that’s veering into a different subject. The point is that the less the Authorities know about you – even if you’re as pure as the driven snow – the better off you are.

Justin: How can the average person protect their privacy? Do you think they need to go off the grid? Is that even realistic in today’s day and age?

Doug: Well, I now have a cell phone as you know. But I only use it when I’m traveling; pay phones have ceased to exist. Cell phones are the most dangerous monitoring device because they’re ubiquitous. You may think you’re safe when your cell phone is turned off. But the things can be hacked.

The same is true for devices like the Echo – which was recording around the time of the murder. Even though they say it’s activated only when you say “Alexa,” or whatever keyword it needs to hear. All these things can be hacked by experts.

Your only real defense is that you’re one of 300 million people in the country. It’s very hard for them to monitor everybody. But if for some reason they decide to look at you, a million eyes will be focused on you. Am I exaggerating? Certainly not when Artificial Intelligence and quantum computing are fully perfected in the near future.

I’m not being paranoid, just prudent. For instance, should a cop knock on your door, you should be friendly, but avoid inviting him in. If he’s competent – and some of them are – he’s going to reflexively eyeball everything. The papers on the table. Your library. Photos on the wall. These things become part of your profile. And it can’t possibly do you any good. But these devices are much worse. They’re like having a cop sit in your house 24 hours a day.

In Sweden people are getting chips implanted in their hands to save themselves the inconvenience of having to swipe their cell phone to pay for things, use a card to gain admission to buildings, or whatnot. I’m not a Bible person, but this is really the modern incarnation of the Mark of the Beast.

Doug: Absolutely. And even if you can dodge these things, keeping too low a profile could also be suspicious. We’re already seeing this play out in China, where your social credit rating is dinged if don’t have an active social media account. If it seems like you’re avoiding surveillance, that in itself will draw surveillance on to you. All of this is advancing at the rate of Moore’s Law.

Justin: You’re damned if you do and damned if you don’t. What does that say about the future of privacy? Should the average person just get used to not having any privacy?

Doug: About 20 years ago, Larry Ellison, who founded the giant technology company Oracle, was asked about this very same subject. He said something to the effect of “Privacy? Forget about privacy. It’s an illusion. Don’t kid yourself.”

That was a long time ago, before cell phones and ubiquitous cameras. But even then he was absolutely correct. Of course, he’s much more correct now. In the near future privacy simply won’t exist. I mean literally, not just in a manner of speaking.

Governments all over the world already share financial information, so you have zero privacy in that regard now. But it’s going to be much, much worse in a few years. Why? The government will undoubtedly come out with Fedcoin – or whatever they’ll call it – its own cryptocurrency. At that point cash will be an anachronism; everything will be done electronically. Every transaction will be trackable to the penny. Every account will be capable of being blocked at the push of a button.

All this increasingly makes me want to be where I am right now, which is basically reading paper books on a farm in the middle of nowhere. Although, let’s admit it, Joe Louis was right: you can run, but you can’t hide.

We know what’s happening in China with its social credit system. It’s going to spread all over the world. People will want to get “Good Little Lamb” points, the way they now try to earn airline frequent flyer points. I just don’t know how you evade such a major trend.

On the bright side, this trend is one indication Ray Kurzweil was right about the Singularity. This is the idea that in about 20 years artificial intelligence, nanotechnology, and genetic engineering will have evolved to such an extent that the actual character of existence itself will be different. Technology – the invention of gunpowder, the printing press, and thousands of other things – has always, eventually, increased the freedom of the common man.

The real threat, as always, is the government. Big Brother. All you can do is be as prudent and as aware as possible. There’s nothing much we can do to change the big picture. Just try to insulate yourself from the fallout.

Justin: It sounds like these giant corporations don’t have their customers’ best interests at heart, but rather are acting as extensions of the government.

Doug: Unquestionably. They may show you a Smiley Face, but they’re not your friends. Amazon, Facebook, Google, and the like are direct conduits to the government. And the government is certainly not going do anything, beyond cosmetics, to restrict what they do with things they learn about you. That would be cutting off their easiest and most reliable sources of data and information.

I don’t see how this trend is going to change. On the contrary, it’s going to continue accelerating. It’s got a life of its own at this point. It’s extremely scary from the point of view of somebody interested in freedom.

What to do? For sure don’t use Alexa, Siri, or the like. And treat your cell phone like a loaded gun.

Justin: Thanks for speaking with me about this today, Doug.

Justin’s note: On Wednesday, Doug Casey joined financial publishing legends Bill Bonner and Mark Ford in what was one of the most important events we’ve ever held.

During this exclusive event, they made a huge announcement. If you missed it, you can watch a free replay right here.

Do you use Alexa or Siri? Do you think your privacy is at risk? Will you take Doug’s advice? Share your thoughts on today’s interview right here: [email protected]. 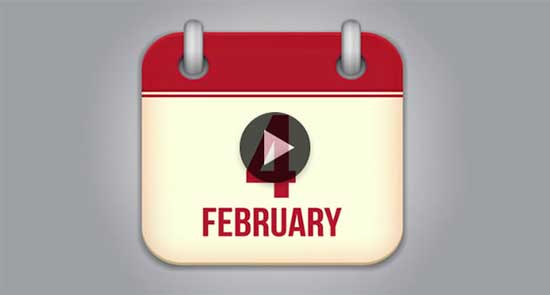