Jones, as you may know, is a popular right-wing voice. He also founded Infowars, a far-right media outlet.

As a result, Infowars is now off every major media platform. Some people are infuriated by this. Others couldn’t be happier about it.

But I wanted Doug’s perspective…

Justin: Doug, Infowars has been banned from just about every major media platform. What do you make of this?

Doug: It’s interesting that they zeroed in on Alex. I know Alex personally. I’ve been on his show a couple times, and he spoke at one of our conferences.

It’s certainly true that he’s a rabble-rouser. He often makes allegations that may not be well substantiated, he puts forward a lot of rumors, and he’s partial to conspiracy theories that may or may not be true. His style is closer to that of a carny barker, a revival preacher, or an infomercial pitchman than a university professor. But so what? His style certainly rubs the elite and liberals the wrong way—but that’s got nothing to do with why he was deplatformed.

He was kicked off because he not just implicitly, but explicitly, challenges what the Deep State thinks “loyal Americans” are supposed to believe.

I’m not familiar with everything he questions. But it’s things like what really happened at the Murrah Building, Waco, the Twin Towers, and the recent wounding and killing of over 500 people in Las Vegas. He asks who might have really been responsible, and why. Why is Russia accused of having undue influence, but not Israel? How and why did the IRS, the Fed, and other agencies become as powerful as they are? Who really are the people in the Deep State? Worse, he supports Trump.

These are valid topics that should be discussed. But when millions of people start questioning the party line, it’s dangerous for a whole class of people.

I think his content is 90% worthwhile. But he’s his own worst enemy because of his often shoddy research, and his inflammatory style.

Alex isn’t the only person who got banned, though. Twitter also suspended Daniel McAdams, who runs the Ron Paul Institute for Peace and Prosperity, and Scott Horton of Antiwar.com. These guys take a calm, scholarly approach to many of Alex’s topics. They’re libertarians that often question the premises that underlie the very existence of the State as an institution.

It’s really disturbing that Facebook and these other outlets would kick these people off for having opinions that don’t correspond with the mainstream.

Of course, they claim that Alex uses “hate speech.” In the first place, I don’t even believe in the concept of hate speech. It’s a recently fabricated concept, promoted by groups that actually just dislike free speech. I might add that lots of things are worthy of hate, and should be called out as such.

Although it’s unpleasant, and may be in bad taste, there’s nothing wrong with so-called hate speech. Why? It allows you to judge the character, intentions, and intelligence of the speaker. It gives you the data you need to judge who you’re dealing with—good or bad, rational or irrational. Further, suppressing speech is comparable to tightening the lid on a pressure cooker.

All speech, and all words, should be allowed. Sometimes it will be in bad taste, or stupid. But so what? It’s not something a busybody or bureaucrat should decide for you.

Alex is also accused of racism and sexism. First let me say these are perfectly normal human feelings, simply because races and cultures are different. Sexes are different. People—everywhere in the world—simply don’t treat people of other races the same way that they would someone of their own race. The same with sex.

Prohibitions against being racist or sexist are actually counterproductive. Again, I want to know what other people think. That allows me to know who I’m actually dealing with. Personally, I acknowledge differences between many groups of people. But, as a rational person, I treat them all as individuals—not members of groups.

For what it’s worth, Alex is neither racist nor sexist. Those are just blanket labels the PC and SJW types use to try to discredit anyone they don’t like. People that like to bandy those terms around are generally thoughtless, stupid, or bent.

Justin: So, should Alex and these other characters be protected under the First Amendment? It’s a tricky question because he’s using private companies to get his message across.

Doug: Well, here’s an absolutely critical fact, which is usually forgotten: the first amendment to the US Constitution only applies to the government. It doesn’t apply to what private individuals or companies do.

So, Facebook has every right to kick Alex off from that point of view. They have a right to kick everyone or anyone off if they want, and for any reason. That said, however, you can make the case that these companies have become creatures of the government. That fact blurs the issue.

Justin: With that said, do you think this was a coordinated attack on Alex? I mean Apple, Facebook, YouTube, and Spotify all came down on Alex at pretty much the exact same time.

Doug: Many people believe Facebook and Google have been coddled and funded by the government, and I’d have to agree. There’s no question that government agencies have their tentacles buried in these companies. They’re complicit with, hooked up with, the NSA, CIA, FBI, and other agencies.

The fact that they zeroed in on Alex—and quite a few other, lesser-known people like him—tells me the Deep State is at work here. It’s possible some readers aren’t fully familiar with the concept of the Deep State. But that’s a discussion for another time.

Justin: It’s interesting that you bring that up. I say that because a lot of people think that the government should be more active in regulating these companies. The idea is that much of today’s public discourse occurs on platforms like Facebook and Twitter. So, the government should oversee what kind of content is allowed or prohibited.

Is that asking for trouble?

The answer is “no,” the government shouldn’t be more involved in keeping Facebook, Google, and the rest in line. Their involvement should be zero. I mean you could have made the same argument about The New York Times in the pre-internet days. Back then, everyone believed whatever The Times said. Still, that wasn’t an excuse for the government to regulate The Times or any other large publication.

The government shouldn’t just butt out of publishing enterprises. It should butt out of the private sector entirely.

People who run companies have opinions, and those opinions will influence what the companies do. But so what? If people like them, the companies will prosper. If they don’t, they go downhill. The market will solve the problem—if indeed you even see a problem.

We should be happy that there are people out there annoying these companies. It tells me that it’s only a matter of time before something comes along and replaces Facebook. And good riddance.

I despise Facebook, its management, its policies, and everything it stands for. Apart from the fact it’s a de facto arm of the government, it’s a gigantic time waster. It’s basically a vehicle for watching cat videos and reading ads. It does nothing productive. People who spend any serious time posting to Facebook are basically advertising that they have nothing better to do with their time.

There’s an old saying in the stock market: “High tech, big wreck.” I have no doubt that Facebook, with everything it’s done lately, is already on the slippery slope. People under 30 laugh when asked if they have a Facebook account; they see it as a dinosaur. It’s no longer growing; it’s contracting. It will be destroyed by something better, a Facebook 2.0, in pretty much the same way that Facebook destroyed MySpace. A newer, better-run platform will come along. Or a dozen of them.

Don’t worry about Facebook taking over the media world. If you’re smart you’ll sell its stock. Or short sell it…

Justin’s note: If you enjoy Conversations With Casey, you’ll want to get your hands on Totally Incorrect: Volume 2. It’s Doug’s most controversial book yet… as well as a vital guide for surviving the changes happening in America today.

What are your thoughts on the Alex Jones ban? Do you agree with Doug’s take? Let us know here… and feel free to submit specific topics you’d like to see featured in a future Conversations With Casey.

Have you heard of “Brandt Oil”? Most people haven’t.

But this new fuel is set to replace Brent crude oil and shale. It will soon power everything we use and potentially make early investors 10X their money over the coming months, as we saw recently. 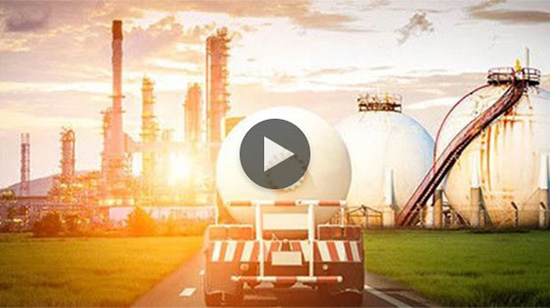