Justin’s note: President Trump is pulling troops out of Afghanistan and Syria.

And frankly, it’s about damn time. After all, the U.S. government has already wasted more than $1 trillion fighting these wars, not to mention all the lives that have been lost.

Still, many people are critical of this decision. To find out why, I got Doug Casey on the phone. Below, you’ll find his take on this important development…

Justin: Doug, Trump is pulling troops out of Afghanistan and Syria. And I think most Americans would agree that this is the right thing to do.

But both Democrat and Republican politicians have been highly critical of this decision. Why is that?

Doug: It’s more clear evidence of how the Deep State has totally captured the U.S. government. Recall that the Deep State is not a formal conspiracy of any type. It’s composed of perhaps a couple thousand powerful congressmen, bureau chiefs, lobbyists, corporate heads, generals, lawyers, academics, and media people that share a common worldview.

The character of the U.S. has changed a lot since the Vietnam War. And quite radically over the last generation or so. Constant low-grade war is today’s leitmotif. The U.S. is actively at war in at least two countries, has something on the order of 700 or 800 bases in over 100 other countries, and is constantly prodding the Russians, the Chinese, and the Iranians, among others.

U.S. soldiers are not welcome in any of the places where they’re stationed – except by local quislings, professional cronies, and lickspittles. So pulling out of Afghanistan and Syria – however belatedly – is one of the few intelligent things that Trump said he was going to do and may actually do. But I’ll believe it when I see it.

Justin: Yeah. The U.S. shouldn’t have gotten itself involved in these countries to begin with. But the fact of the matter is that it did get involved. What’s the best approach for withdrawing from these sorts of military affairs?

Should Trump slowly bring troops back home or just rip the Band-Aid off in one fell swoop?

Doug: It’s very much like the situation in Vietnam. People asked, “Well, now that we’re in, how do we get out?” And the best answer back then was: “Put the troops on boats, put the boats into reverse, and leave.” Of course, like everything else in that disastrous misadventure, it was so poorly executed, and so slowly, that the last troops had to be extracted by helicopter from the roof of the embassy.

In the case of Afghanistan, there was absolutely no excuse for invading in the first place. The Taliban were quite open about being willing to extradite Osama bin Laden if it could just be shown that he had anything to do with the 9/11 event. A perfectly reasonable attitude on their part.

9/11 was a gigantic crime by non-state actors, none of whom were Afghan. It should have been handled like a crime, including a proper forensic examination of the crime scene – which was never done in the hysteria following the event. The only thing we can be totally sure of is that it wasn’t an act of war by Afghanistan.

But Bush invaded a sovereign country because somebody – who may or may not have been responsible for the events of 9/11 – may have been resident there. Osama, you’ll recall, denied responsibility for the attacks, even though he heartily approved of them. We may never know exactly what he knew or didn’t know. In fact, we may never even know how or when he died. There’s plenty of reason to doubt the official story about the raid on Abbottabad, including Osama’s unlikely burial at sea.

Bush, Cheney, Wolfowitz and others had this insane idea that they needed to bring “democracy” to the Mideast and Central Asia. They created an ongoing world-class disaster, pointlessly killing, directly and indirectly, hundreds of thousands. And destroying trillions of dollars of American capital. Nobody has brought them to account.

The entire region was destabilized. Not that it was ever stable – every country in the region is a completely artificial construct, put together in European boardrooms a century ago. With zero regard for what might work for the natives.

The fact of the matter is that Afghanistan is a primitive, backward country with a culture that’s completely alien to the West. Americans are viewed as hostile invaders, and are about as welcome as the Soviets were in the ’80s. But at least the Soviets wrangled an invitation from their puppet in Kabul, much as the U.S. had from its puppet in Saigon a couple of decades earlier. Americans are about as welcome as an army of Muslim teenagers would be breaking down doors at 3 a.m. in Topeka. The U.S. has absolutely no interest or possibility of profiting in any way from occupying a desert on the other side of the planet.

Now, after having destroyed an immense amount of the country and gone a long way towards bankrupting ourselves, while creating literally millions of new enemies, it still hasn’t dawned on Washington that this was all a very bad idea.

Justin: What about Syria?

Doug: Syria is different, yet the same.

Once again, the U.S. invaded a sovereign state that was in no position to do it any harm. But without even a good pretext. Nothing new, after the completely fabricated excuses offered for the war in Iraq. This type of shameless aggression has become a constant, but it doesn’t even prompt a whimper, forget about outrage, from the U.S. public. In fact, the Swamp raises hell when Trump says he wants to withdraw.

In both cases, Afghanistan and Syria – as well as Iraq – the invasions were war crimes. Exactly the type of thing the Germans were tried for at Nuremberg. Neither Syria nor Afghanistan – or Iraq – posed any threat whatsoever to the U.S. Why were they invaded? It’s a question historians will ponder for many years into the future. I suppose the trillion-dollar military budget has to be employed somewhere, or some might ask why the U.S. is spending almost as much as the rest of the world put together.

It’s nothing new, I suppose. In many ways the U.S. started out like Ancient Athens, a beacon representing – incarnating – all the best human values. But Athens evolved into an empire over a short time in the 5th century BC. It overreached, lost the Peloponnesian War – and never recovered. There’s a cottage industry comparing the decline of the U.S. to that of Imperial Rome, however I think Athens provides an even better template.

But, getting back to Syria. They say Assad is a bad guy. And perhaps he’s not a pussy cat. But neither is he an active psychopath, as so many U.S. allies have been in Third World countries. Of course he has a nasty secret police force – like almost every other non-Western country. But the fact is these countries were all artificially created hodgepodges, with dozens of age-old, mutually antagonistic ethnic, linguistic, religious, political, and cultural groups. That necessitates a “strong” leader. Otherwise these places would all disassemble. Which, incidentally, would be a good thing. And the only thing – in addition to weak, free-market oriented governments – that can help defuse the tinderbox.

All these countries are naturally unstable. The only way to hold them together is with a dictator, and using the methods of a dictator. Even if they overthrew Assad, the U.S. would, at best, just replace him with another quisling. It would look like Libya, which nobody talks about because it’s quietly evolved into at least two or three different states.

All these adventures were and are counterproductive, pointless, and ridiculous. They’ll all end very badly. In fact, any of them could serve as the match that starts off something resembling World War III. But although I’m pleased Trump is trying to get out of the Mideast and Central Asia, he could just as easily start something in the South China sea, or Ukraine.

Justin: Could Trump’s decision to withdraw from these affairs have any lasting impact on U.S. foreign policy? Or will things return to business as usual when the next president steps into office?

Doug: It will go back to business as usual. There’s no question about it. The Deep State will be around long after Trump, or any other president, is just a bad memory.

One thing – there are others – that shocks me about Trump is his exceedingly bad judgment in the people that he appoints. Tillerson, Bolton, Mattis, Haley – you name it – are Deep State types and hardcore warmongers. How did he choose people like these? Their agendas were always the opposite of what his stated agenda was before he was elected – which was to get the U.S. out of combat situations in worthless countries. And withdraw the military from its hundreds of foreign bases.

But look at the bright side. Trump is free entertainment – kind of. And he’s reduced some taxes, fired some government employees, and reduced a lot of regulations. Best of all, the Deep State types – Republicans and Democrats, there’s no difference at the top levels – seem to hate him. So he can’t be all bad.

But, again, these sorts and their cronies are permanent fixtures in and around the U.S. government. They’re going to stick around long after Trump is out of office. And Trump himself is devoid of any personal philosophy – he’s a strictly seat-of-the-pants thinker. The U.S. government at this point is an entity with a life of its own that has little to do with what goes on in the rest of the country. America was a great idea; too bad it’s no longer with us.

Justin: I’d have to agree. Unfortunately, this decision won’t change how U.S. foreign policy operates, especially because the American empire is in decline. And as you’ve said before, a waning empire often resorts to military force to assert its will.

Doug: These people learned absolutely nothing from their past misadventures. After the U.S. leaves Afghanistan and Syria, they’ll ramp things up in Africa. The excuse will be to counter China. And so-called radical Islam. One thing to remember about guerilla wars, like those in Afghanistan and Syria, and all the wars in Africa – which are now just small bush wars – is that when you fight a guerilla war, you’re necessarily fighting the people themselves. That should be a clue that you don’t belong there.

Of course, this has been a U.S. hobby since the Spanish-American War, when we occupied the Philippines, and killed scores of thousands of Filipinos who were expecting independence. The U.S. government just took over a ready-made empire from the Spaniards.

This has been a pattern of the U.S. for years. Perhaps an economic collapse will bring it to a halt. But I don’t think it’s going to end on its own; trends in motion tend to stay in motion. Let’s just hope it doesn’t end with a real war, as opposed to a sport war, like those in Syria, Afghanistan, or Iraq.

We’d love to get your thoughts on today’s Conversations With Casey. Please share them with us right here: [email protected]. 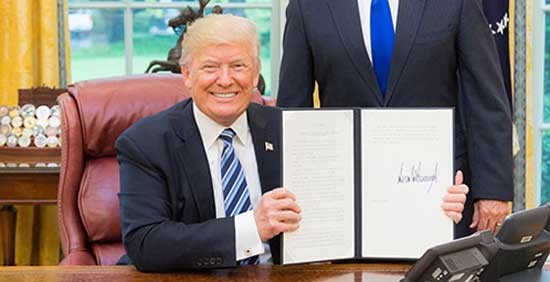