On April 20, 1964, science consultant William Laurence chatted face-to-face with Anaheim Bulletin managing editor Donald Shaffer at Disneyland. The thing is, Laurence was nowhere near Disneyland that day. He was 2,500 miles away at the World’s Fair in New York.

That conversation marked the dawn of a new age in telecommunications. It was the introduction of Bell Labs’ Picturephone, the predecessor to technologies like Apple’s FaceTime. 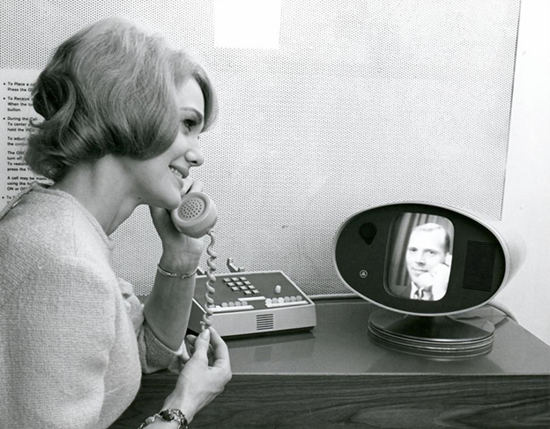 Bell Labs believed its Picturephone would change the way we communicate. It was a great leap forward at the time.

The Picturephone had a video camera, a screen, a push-button phone, speakers, and a power supply. All you needed was a connection to the network. Bell envisioned every household in America would soon be video chatting, much like in the popular 1960s cartoon, The Jetsons.

Not long after, the company set up commercial calling booths in select cities for anyone to try it out. Chicago, New York, Washington D.C… Bell was ready to bring the age of The Jetsons to life.

However, the product was far ahead of its time. People just weren’t ready. For starters, calls had a 15-minute limit. You had to schedule a time in advance to get a slot. Then you had to show up to the Picturephone booth at your allotted time just to make a call. There was too much coordination involved.

Today, we take for granted the fact that we can video chat with family and friends who live thousands of miles away. There are over 75 million video calls each day, according to data from WhatsApp and Apple.

Fifty years ago, video calling was a dream. Today, you can video chat with anyone in the world on a device that fits in the palm of your hand.

New tech is coming to market faster than ever. However, we still need better, faster networks to fully realize the potential of these new technologies.

That’s why the 5G network buildout is so important. It’s the next leap forward in realizing the world of The Jetsons. Without it, we’re wasting the potential of these innovations.

I (John Pangere) have a new Samsung Galaxy S10 5G phone. I’ve seen the potential of what 5G can do. While in Denver last year, I tested the 5G network by downloading the classic movie Gone With the Wind, using my new 5G phone against a 4G phone. 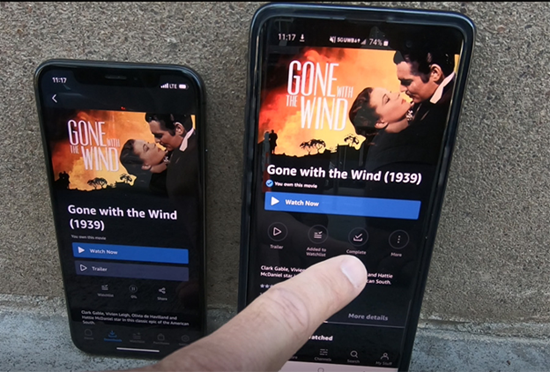 It was astonishing. The 5G phone downloaded the movie in less than two minutes, before the download on the 4G phone was even 1% completed.

However, the revolutionary part of 5G isn’t downloading movies quickly. That’s just a nice parlor trick. The real innovation is enabling devices that will change your life.

It’s what we call the Internet of Things (IoT): Automated cars, health monitoring devices, and performing remote surgery 6,000 miles away from your patient… that’s the real power of the 5G network. These technologies can’t function properly on today’s 4G network.

However, we don’t want to speculate on the 5G network with major service providers. That’s like trying to mine gold during a gold rush. Most people never find gold. It never works out how you hope.

According to Allied Market Research, 5G infrastructure spending is set to grow at an annual compound rate of 67.1%, reaching $47.8 billion by 2027. While major communications companies like Verizon and AT&T make all the headlines, it’s the names you don’t hear about that will have the greatest impact on 5G. 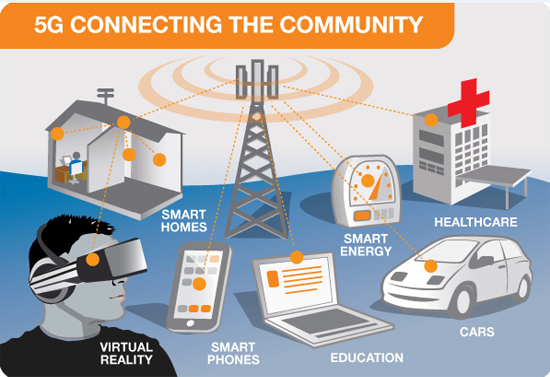 Building out a new infrastructure is costly. Billions of dollars are up for grabs. Speculating in the small companies that supply the buildout can mint fortunes.

One area to look at is companies that make semiconductors. These are tiny computer chips found in most devices today, including smartphones. As 5G’s influence grows, more and more devices will need newer semiconductors to work on the new network.

If you’re not sure how to get started, take a look at the VanEck Vectors Semiconductor ETF (SMH). It’s a one-stop shop with a handful of companies that will give you indirect exposure to 5G as this trend takes off.

Just make sure to never risk more than you can afford to lose.

P.S. 5G has gone from luxury to necessity. That’s why on December 8, the government is auctioning off its few remaining “sweet spot” frequencies… to help get the network up and running.

This time, the gains could be ten times bigger. And it will create the final round of 5G millionaires. You could be one of them… but you have to get positioned now.