“Coors will fight back. It has no choice. If it doesn’t, it will get eaten alive by Big Marijuana.”

I wrote this in March. I said it because legal marijuana poses an existential threat to Big Alcohol.

In fact, a recent study found that alcohol sales fell 15% in the U.S. in states that introduced medical marijuana. In states where recreational marijuana is legal, the decline is even more pronounced.

But I didn’t just say Coors would fight back. I told you they’d defend themselves by entering the marijuana business.

And that’s just what they did…

It announced that it’s entered a joint venture with The Hydropothecary Corporation.

Hydropothecary is a Canadian cannabis producer. Together, the two companies will develop non-alcoholic, cannabis-infused beverages for sale in Canada.

This is a major announcement. You see, Coors isn’t a small player. It’s the second-biggest brewer in the United States.

So this decision tells us that the marijuana industry has gone mainstream.

Of course, this won’t be the last time a company like Coors enters the marijuana space. As you’re about to see, many other Big Alcohol companies will soon do the same.

Anheuser-Busch InBev, which owns Budweiser, recently found that just 43% of alcohol consumed by young drinkers in 2016 was beer. In 2006, it was 65%.

This is why Coors views legal marijuana as a major threat to its business. From its latest annual report:

Although the ultimate impact is currently unknown, the emergence of legal cannabis in certain U.S. states and Canada may result in a shift of discretionary income away from our products or a change in consumer preferences away from beer.

And that’s why it just started a new venture with Hydropothecary.

But there’s another reason Coors did this…

According to a new report from CIBC, one of the country’s largest banks, Canada’s legal marijuana market will be a $6.5 billion industry by 2020. That’s far more than Canadians spent on liquor in 2017.

You see, Canada will introduce legalized recreational marijuana nationwide this October. By 2019, edible and drinkable cannabis should be available across Canada, too.

In other words, Canada’s marijuana market is going to get much bigger in the coming months.

Canada is breaking new ground in the cannabis sector and, as one of the country’s leading beverage companies, Molson Coors Canada has a unique opportunity to participate in this exciting and rapidly expanding consumer segment.

Of course, Coors doesn’t just have its sights set on Canada. It wants a piece of the global marijuana market, too. Here’s a quote from Coors CEO Mark Hunter:

The decision we had to make was do we want to be a spectator or a participant? We’re going to learn a lot and if other markets start to open up… or it becomes federally legal, then we’ll be in a good place.

In other words, Coors thinks other countries (namely the United States) will follow Canada’s lead by legalizing marijuana. That’s something it wants to be ready for.

Here’s what Doug wrote in the latest issue of Crisis Investing:

Doug is absolutely correct. It’s only a matter of time before other countries legalize marijuana. And that will draw even more Big Alcohol companies into the space.

Just be sure to do a few things before diving in:

P.S. Marijuana is the fastest-growing industry on earth. But most people still don’t know the best stocks to invest in…

Crisis Investing editor Nick Giambruno has a basket of the top marijuana companies set to soar in the coming years. You can access these names—along with all of his research on the sector—with a subscription to Crisis Investing.

Click here to learn more. You’ll see why June 7 was such a critical date for the future of marijuana… and how you can become a “marijuana millionaire” in 2018.

Are you bullish on marijuana companies today? Tell us why or why not right here.

Is this Trump’s promised infrastructure plan?

In January, the president made a very unusual move… 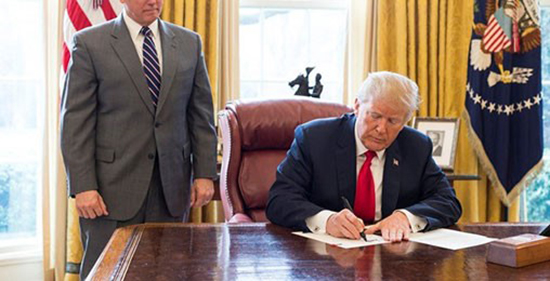